BNS
aA
United States' President Donald Trump should be measured by what he does rather than by what he says, says Ray Wojcik, the head of the Warsaw bureau of the US analytical center CEPA. 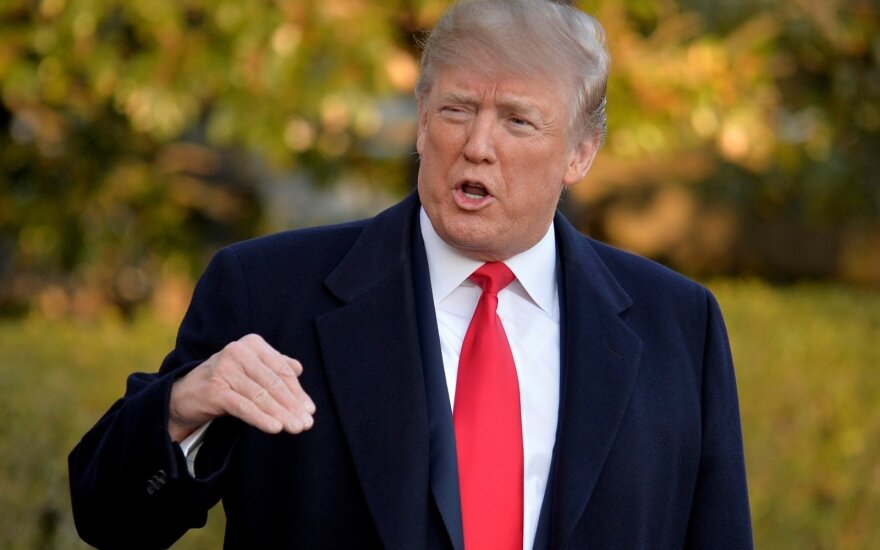 Concerns had heightened in the Baltic states over Trump's presidential election campaign promise to improve relations with Russia and his statements that NATO was "obsolete".

Lithuanian officials are watching with concern the US president's rows with America's allies in Europe and his often unpredictable behavior.

At the same time, diplomats and Trump's supporters emphasize that, after his election to the White House, he became better disposed towards NATO, caring about US military power, furthermore, members of his administration have been showing much attention to the Baltic states.

"President Trump is very outspoken about many things, (…) but those you have to separate out: something he said in Twitter, something he said on his campaign or even in his presidency than what is really going on in the National Security Council, the Pentagon and the president's decisions," Wojcik told BNS in Warsaw.

"The president's decisions are clear: the commitment to European defensive initiative, the non-stop continuation of armored brigade combat team presence in Poland and therefore in the entire region, the commitment to follow through with army prepositioned equipment as well as Air Force and preposition equipment and enhancements for Air Force deployability in Europe. Also each service Navy is exercising in Baltics, as the marines," he added.

Published in February, results of a survey showed that two in three Lithuanians did not trust Trump to make the right decisions on key political issues.

Ahead of the NATO summit in Brussels in July, Lithuania's President Dalia Grybauskaitė and leaders of other Baltic states will see Trump in Washington.

"Coming to Washington before the summit sends a huge message to all on the Eastern flank of NATO and to our threat challenge to the East that we are very serious about these relationships, that we don't think of the Baltics as some backwater place," the CEPA expert said.

The Baltic foreign ministers voiced their concern over possible trade wars during their joint meeting...

Baltic foreign ministers to meet US secretary of state

The foreign ministers of the three Baltic states will meet with United States Secretary of State Rex...

Trump to meet with Baltic presidents in White House on Apr. 3

US President Donald Trump is to meet with the presidents of Lithuania, Latvia and Estonia in the...

Lithuanians have chosen President Dalia Grybauskaitė as the person of 2017 in Lithuania and US...