BNS
aA
Svetlana Tikhanovskaya, the leading opposition candidate in Belarus' presidential election, fled her country over safety concerns, a Lithuanian political scientists said on Tuesday, noting that Vilnius was a logical choice for her because of its history of hosting Belarusian opposition activists and its proximity to Minsk. 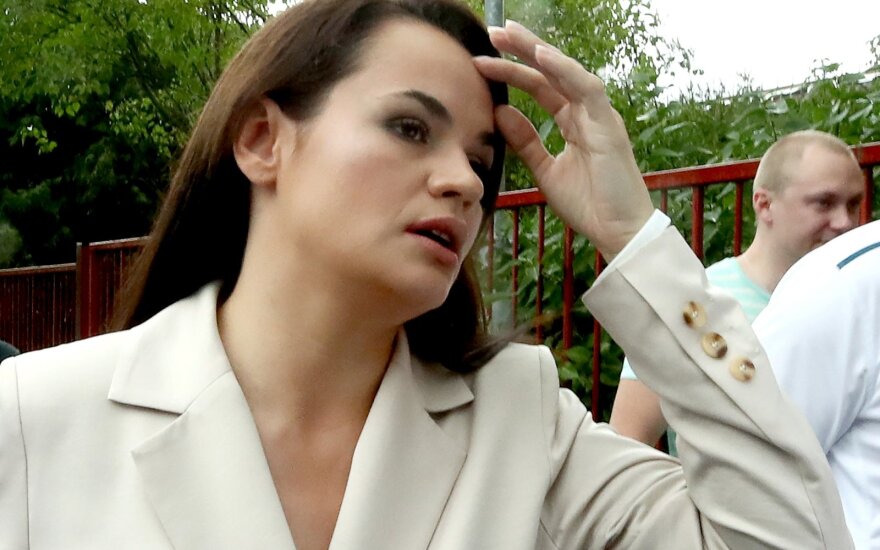 Foreign Minister Linas Linkevicius told BNS earlier on Tuesday that Tikhanovskaya had arrived in Lithuania and was safe.

The candidate's whereabouts had been unclear for some time on Monday evening after she went to the election commission to file a formal protest over the result of Sunday's presidential election, denounced by the opposition as a sham.

The 37-year-old teacher of English decided to run for president after her husband, popular blogger Sergey Tikhanovsky was arrested. She has promised to hold a new, fair election in if elected.

"Tikhanovskaya found herself in the midst of a fierce and bloody struggle not because she wanted to, but for her husband's sake. She wasn't ready for that," Laurynas Jonavicius, a lecturer at Vilnius University's Institute of International Relations and Political Science, told BNS.

"It’s hard to say what happened at the election commission yesterday, but many believe that there could have been threats against the family," the political scientist said.

"It's humanly natural that she decided to leave her country, where she is in danger and something may happen to her family, for a while," he said.

"Vilnius is traditionally the nearest place in terms of values, because it has a history of concentration of the Belarusian opposition and those dissatisfied with the regime," Jonavicius told BNS.

"The second factor is geography. Vilnius is close to Minsk and if something changes, you can go back very quickly," he added.

Carried out in 2018-2019, the Analysis of Diversity and Equal Opportunities in Vilnius University...