BNS
aA
International human rights organization Amnesty International has issued its annual report on the human rights situation around the world and is criticizing Lithuania for violations of rights of LGBTI people as well as accusing the country of "evasion, denial and delays" regarding alleged CIA prisons in the country. 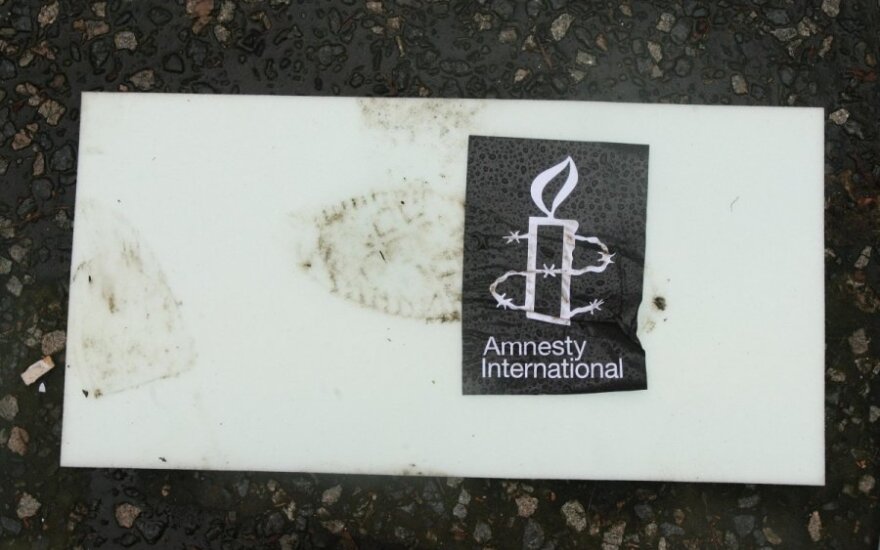 "The publication in December of the US Senate Select Committee on Intelligence’s report on the Central Intelligence Agency (CIA) detention programme exposed not just the shocking details of the abuses involved, but also the full extent of the complicity of European countries. Several hosted secret detention sites (Poland, Lithuania and Romania) or otherwise assisted the US government in the illegal transfer, enforced disappearance, and torture and other ill-treatment of dozens of detainees, including in particular the UK, Sweden, Macedonia and Italy. In none of these countries was there any significant progress in holding those responsible to account," the report states.

The documents also notes although there has been some "positive developments" regarding individual complaints received from victims in Poland, Lithuania and the UK, "accountability continued to be undermined by evasion, denial and delays."

In early December, the US Senate published a report on the torture by the CIA's of suspected terrorists at secret detention center following the September 11, 2001 attacks. The report does not mention any specific countries that hosted CIA facilities. But human rights activists claim a centre dubbed "Detention Site Violet" was operated in Lithuania.

Also in its report, Amnesty International criticizes Lithuania for violations of rights of LGBTI people.

"A law, which aimed at 'protecting minors' against detrimental public information, resulted in violations of the right to freedom of expression of lesbian, gay, bisexual, transgender and intersex (LGBTI) people," the organization said.

The NGO cites several decisions by the Office of the Inspector of Journalist Ethics, based on the existing Law on the Protection of Minors Against the Detrimental Effect of Public Information, that deemed inappropriate a collection of fairy tales featuring same-sex couples as well as a video about homosexual people which several TV stations refused to air.

The legislation put Lithuania under scrutiny of the European Commission in terms of its compliance with EU law.