STRATFOR
aA
Belarus will host the latest round of talks between Ukraine and Russia in Minsk on 1 August as Belarusian President Alexander Lukashenko continues to push his country as a mediator in the crisis. Lukashenko's motivation is not altruistic, however, as Belarus is not immune to the competition between Russia and the West over the strategic borderland countries of the former Soviet periphery. 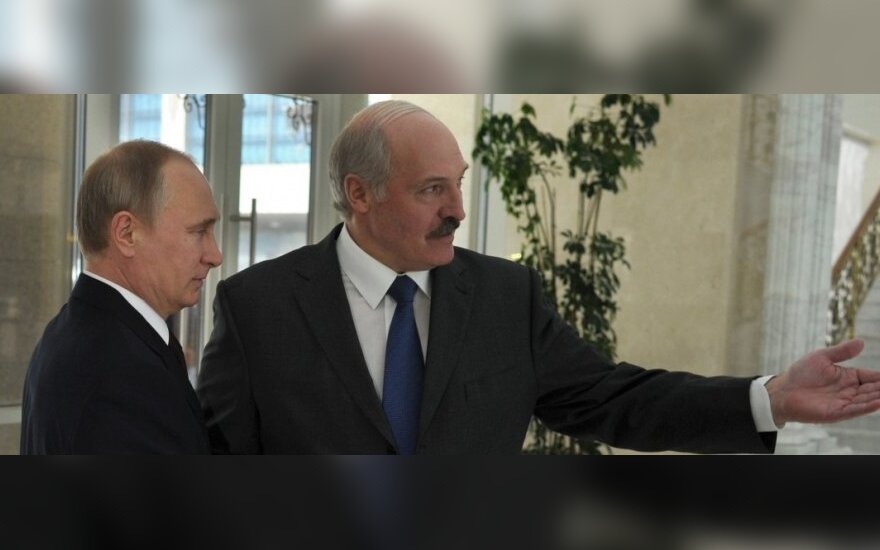 Since the Ukraine crisis, Belarus has largely been spared pro-Western demonstrations. But recent developments in Ukraine and rising pressure against Russia mean Belarus could become vulnerable to unrest. This has forced Minsk to re-evaluate its key relationships - with Russia, with the West and with its own pro-Western opposition - to reduce the odds of a repeat scenario of Ukraine.

Like Ukraine and the rest of Eastern Europe, Belarus is a contested borderlands country between Russia and European powers. Unlike the Baltics, however, which are members of the European Union and NATO, and Ukraine and Moldova, which are currently trying to integrate further with the Western camp, Belarus has not made meaningful efforts at integration with the West. Instead, Belarus is strongly aligned with Russia, making it unique among the former Soviet countries of Eastern Europe.

Belarusian ties with Russia and the West

Belarus' alignment with Russia spans numerous strategic areas. First, Belarus is a member of Russia's security sphere due to its participation in the Collective Security Treaty Organization, Moscow's answer to NATO. Belarus is also closely integrated with Russia's economic sphere, serving as a member and strong advocate of Russia's Customs Union. In the political sphere, Belarus and Russia formed a Union State in 1997, and Minsk typically takes a supportive stance on Russia's positions in its conflict with the West.

Conversely, Belarus has seen the least progress under the EU Eastern Partnership program, the platform in which key association and free trade deals are signed between the European Union and Eastern European countries, most recently with Ukraine, Moldova and Georgia. Instead, Belarusian officials have been subject to EU and U.S. sanctions, making Belarus the most isolated country from the West in Europe.

The crisis in Ukraine and the growing competition between Russia and the West have only deepened the rift between Belarus and the European Union. Belarus has largely supported Russia's position in the conflict, and has expanded its military ties with Russia by allowing Moscow to create a new airbase in the Belarusian city of Lida in 2015, allowing the stationing of Russian fighter jets on Belarusian territory in the meantime. Along with Russia and Kazakhstan, Belarus is also a signatory to the 2015 launch of the Eurasian Union.

Internal politics and security in Belarus

Belarus' pro-Russian position is largely the product of the country's internal political evolution since the fall of the Soviet Union. Unlike Ukraine or even Russia, Belarus did not see a major restructuring of its political system. Instead, Belarusian President Alexander Lukashenko, who has been in power since he emerged in the early post-Soviet period to win elections in 1994, has retained a highly centralized political system, with little toleration for opposition, reinforced by a strong security apparatus. This has further alienated the country and its leadership from the West, causing Lukashenko to rely further on Russia for political and financial support. This also explains why Belarus has been largely absent from the competition between Russia and the West compared to other borderland countries like Ukraine, Moldova and Georgia.

However, this does not mean that political opposition does not exist in Belarus. There are numerous anti-government and Western-supported opposition groups in the country. These opposition groups face a much more restrictive environment than opposition parties in Ukraine, with many forced to relocate their headquarters out of Belarus altogether and into countries like Lithuania and Poland. The last major protest in Belarus occurred during the 2010 presidential election, when an allegedly rigged vote in favour of Lukashenko was met with an estimated 20,000 to 40,000 protesters in Minsk's central square. The police swiftly cracked down on the demonstrators, detaining numerous protesters. Opposition leaders across the country subsequently were targeted and jailed.

Belarus saw few protests since then until 25 March, a month after former Ukrainian President Viktor Yanukovych was overthrown. More than 1,500 people attended an annual march on the main street of Minsk celebrating the anniversary of the formation of a short-lived Belarusian Popular Republic in 1919. Although the government officially sanctioned the march, many of the demonstrators waived Ukrainian flags and held anti-Russian banners, and opposition parties including the Belarusian Popular Front, European Belarus, and Belarusian Movement For Freedom participated in the rally. The government responded by detaining around a dozen opposition activists.

Since then, there have been several attempts to hold demonstrations, but all have had little success. The government rejected a Belarusian Popular Front application to stage a demonstration supporting Ukraine on April 6 and an appeal for a demonstration on May 28. Prominent Belarusian opposition activists, including the leader of the opposition United Civic Party, Anatol Lyabedzka, have also been detained over the past several months. Such moves have prevented large demonstrations from materializing on a level comparable to those seen on 25 March and during the 2010 election.

It appears that the Belarusian government maintains a firm grip on the security situation in the country, with the uprising in Ukraine only serving to strengthen the preventative efforts of security forces. However, Belarus is not guaranteed protection from major demonstrations or a growth of opposition movements indefinitely.

As the Ukrainian conflict evolved, it has become clear that the West is willing to pursue greater involvement against Russia's position in the former Soviet periphery by supporting pro-Western groups and enacting sanctions against Russia. The countries most active in spurring Western involvement in the region - especially Poland and the Baltic states - also have significant ties with and interests in supporting pro-Western groups in Belarus. While it is more difficult for these countries to penetrate Belarus than Ukraine given its closed nature, opposition activity could grow.

Furthermore, Minsk's main ally, Russian President Vladimir Putin, is seeing growing pressure as a result of the pro-Russian rebels' weakening position against Ukrainian security forces. Given Belarus' dependence on Russia, this will likely make Lukashenko re-evaluate his own position. Efforts at mediating between Ukraine and Russia can be seen in this context, as Lukashenko does not want to see the conflict grow or spread into the wider region - particularly into Belarus.

There have been other signs that this re-evaluation is happening within Belarus. The government recently released a leading activist from prison. Belarusian officials also recently visited Lithuania, the de facto EU envoy to Belarus, to discuss cooperation between Minsk and the European economic and political sphere. These are preliminary steps that do not necessarily point to a shift in Belarus' position, and there currently do not appear to be any opposition forces capable of staging an uprising in Belarus like those in Ukraine. However, Minsk certainly has a reason to be cautious in terms of its ties with Russia and its position on the West and pro-Western opposition groups.

Belarus ’s Independence Day is celebrated on 3 July. On that day, 70 years ago, Minsk was liberated...

Lithuanian specialists have only an unofficial map of the spread of the deadly African Swine Fever...

Belarus is once again asking for additional consultations over the facilitated crossing of the...

Opinion: Why are our neighbours poaching our history?

It is a country’s business what monument, where and how it will be built or demolished. For...