BNS EN
aA
Lithuania's President Dalia Grybauskaitė on Wednesday welcome the plans of the US Congress to introduce new sanctions on Russia, which can have an impact on the energy sector. 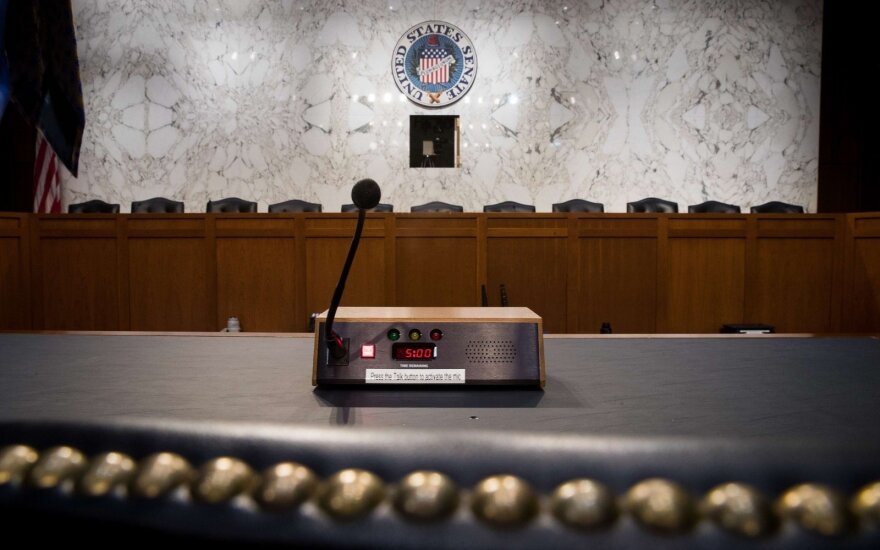 The president's position is at odds with the concerns voiced by Brussels' officials over the measures approved by the House of Representatives on Tuesday.

"A principled position of the US Congress is a strong signal for Russia that Kremlin's energy projects and interference with other countries' home policies will not be tolerated," Grybauskaitė said in a comment to BNS.

Her stance came shortly after the European Commission expressed concerns over the effects of the bill discussed in the United States on the European Union's (EU) energy independence and warned about its readiness to act to protect Europe's interests, should US legislators disregard their remarks.

Related articles
President Grybauskaitė calls for permanent Patriot deployment in Baltics
Linkevičius: discussions with Trump‘s entourage are much better than with previous presidents

Andriukaitis: Impact on Many Projects

The US bill aims to punish the Kremlin for interfering with the 2016 US presidential elections and annexation of the Ukrainian region of Crimea. The draft envisages sanctions for companies working with Russia's export gas pipelines. Observers say the law could also be targeted at consolidating the influence of US gas exports. The law should now be discussed by the Senate.

European Commissioner Vytenis Andriukaitis of Lithuania says that the US improved the bill in response to the EU concerns, however, still contains unclear concepts.

In his words, the US measures may affect many projects, not only expansion of the Nord Stream gas pipeline between Russia and Germany on the bottom of the Baltic Sea.

"The sanctions that are considered are not specifically about Nord Stream, they apply to certain energy projects and any Russian pipelines inside Russia and outside its borders. There could be problems in connection to the Mediterranean pipelines, the Azerbaijan-EU pipelines and EU-Ukraine pipelines," the commissioner told BNS in a telephone interview from Brussels.

"Lithuania is not left out of EU energy security. It is not like one country had an especially exclusive feature, which would make it stand out among 27 countries. There is a single EU energy strategy," he said.

Lithuania's conservat ive MP Laurynas Kasčiūnas says that the European Commission's position is in this case at odds with the Lithuanian stance.

"The development of the Nord Stream project is the key. It is the project that the EU should halt, not defend. Andriukaitis should have raised the Nord Stream issue and supported the US-proposed measures against the companies involved in the project," the opposition MP told BNS on Wednesday.

Germany and Austria have voiced repeated concerns about the new US sanctions for Russia having a negative effect on the Nord Stream 2 project, which involves companies of the two countries. This has further fueled the tensions created by US President Donald Trump's criticism over the terms and conditions of trade with Germany.

Some observers say the disagreements mean Lithuania may have to maneuver more between different positions of Washington and Berlin in the future.

Ukraine, Poland and the Baltic states say that the Nord Stream 2 gas pipeline strengthen EU's independence from the Russian gas giant Gazprom, which covers a third of Europe's gas needs.

The gas pipeline would also undermine the importance of Ukraine as a transit country, which would deliver a blow to the country's pro-Western government faced with major military and economic pressure from Moscow. During a visit in Ukraine in June, Grybauskaitė pledged to block the bill.

Supporters of the Nord Stream 2 project say it would allow slashing gas prices. German, French and Austrian companies cooperate with Russia's Gazprom in the project.

Lithuanian President Dalia Grybauskaitė on Thursday called for a permanent deployment of Patriot...

President Grybauskaitė to meet with US president in Warsaw

Lithuania's President Dalia Grybauskaitė is scheduled to meet with US President Donald Trump in...

Seimas' speaker Pranckietis going to US