BNS
aA
Representatives of US Jews, visiting Lithuania on Thursday, have asked the Baltic country to move its embassy in Israel to Jerusalem, Lithuanian Foreign Minister Linas Linkevičius says. 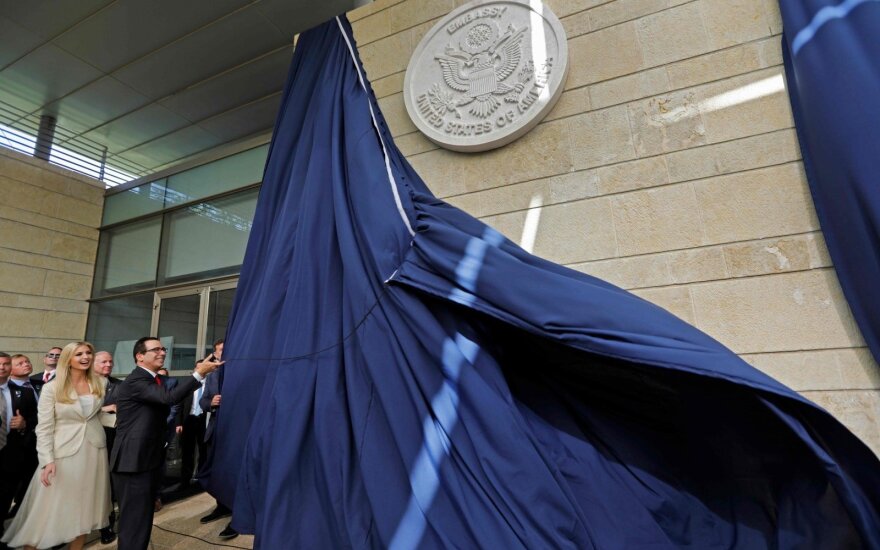 "They are asking everyone and hope that more countries, including Lithuania, would open their embassies in Jerusalem," Linkevičius told BNS Lithuania after meeting in Vilnius with representatives of the American Israel Public Affairs Committee, the largest pro-Israeli lobbyist groups in Washington.

The United States moved its embassy from Tel Aviv to Jerusalem in the middle of May, sparking Palestinians' protests in the Gaza Strip that killed around 60 people.

Following the bloody unrest, Lithuania called on Israel to use force adequately, stressing that the future of Jerusalem should be decided through negotiations.

Related articles
Egidijus Vareikis, So, what about the foreign policy?
Vygaudas Ušackas: Foreign policy in 2018: from threat of war to Lithuania’s historic skills

"In the future, we imagine that (moving the embassy to Jerusalem – BNS) is a completely logical step in the context of the two-state solution, through negotiations, so that it does not cause additional tension," the Lithuanian minister said on Thursday.

"I underlined today that it's very important for the United States to be actively involved. (…) We really hope that it will as the main power centers must be involved in the search of solutions," Linkevičius added.

The Lithuanian minister also said he discussed the prospect of Iran's nuclear deal with the American Jews. Israel considers Iran a threat to national security.

Linkevičius said a dialogue with Iran should be maintained despite the United States' decision to pull out of the Iran deal.