American analyst Janusz Bugajski: There are things in Russia that West fear more than Putin

Eglė Samoškaitė
Parašyti
autoriui
aA
Western powers are less fearful of Putin than of the chaos and unpredictability that the massive nuclear country might sink into once he is gone, says Janusz Bugajski, senior fellow at the Washington-based Center for European Policy Analysis (CEPA). 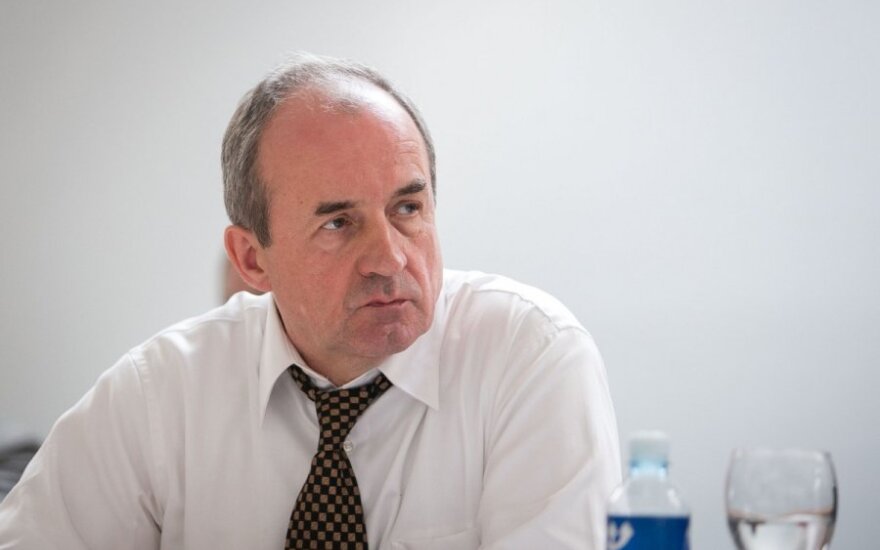 However, chaos is not necessarily a bad thing, he adds.

"The fall of communism, the regaining of independence by countries such as Lithuania - these were periods of instability, but they eventually created security in these countries. Maybe Russia has to go through a period of instability in order to find some security," Bugajski said in an interview to DELFI.

Bugajski thinks that President Vladimir Putin's regime is experiencing much pressure as oil money, that he used to buy friends in places like Chechnya, is drying up. He also completely agrees with Lithuanian President Dalia Grybauskaitė, who has called Russia a terrorist state.

You must agree that the international situation has been very unfavourable to Ukraine lately - in the context of growing threat of international terrorism, no one cares about Donbass. Moreover, there have been calls to ease sanctions on Russia or not to extend them once they expire. What is going on, in you opinion?

First, it is a bad idea to ease sanctions at this time. They are beginning to have some impact on certain segments of the Russian regime. And filtering through to the population that would put an increasing pressure on the system. So I think that sanctions, even though they are limited and soft, are having some impact. They are making difficult for some of the oligarchs to make money for some gas companies, to raise credits and funds and so on.

At the time like this, it would be the worst possible signal to go back on any of the sanctions that have been imposed because Putin will read that as the West weakening. In other words, "whatever aggression we do, if we wait long enough, the West will back out. And we will go back to business as usual." It will be the wrong signal and it may, actually, encourage him to engage in more aggression, to bite off even more. So the more he gets away without punishment, the worse it becomes for us, not just Ukraine but maybe other countries.

The office of EU's High Representative for Foreign Affairs Federica Mogherini has drafted a proposal on relations with Russia. It says that we should use carrots as well as sticks in talking to Russia. In other words, it's a return to the popular line that Russia should be involved in joint activities, because it will be more amenable to influence this way. Do you agree?

Not really. What are you going to engage in? I can’t see anywhere in the world, quite frankly, were Putin has been helpful.

Paul W. Jones, principal deputy assistant secretary in the Bureau of European and Eurasian Affairs, has told DELFI about how the US cooperated with Russia after the Boston bombings. He said Washington would like to see similar cooperation in its fight against ISIS. It seems that there is some sharing.

But what I mean is [sharing intelligence] to prevent the bombings. These guys were in Dagestan beforehand. So presumably, Russia’s internal services knew what they were up to, because their intelligence on their own terrorists is very good. Which makes one suspect that they were somehow linked with terrorists. You know, Russia is not above using terrorism as a weapon. It does it internally and it has supported terrorism externally. 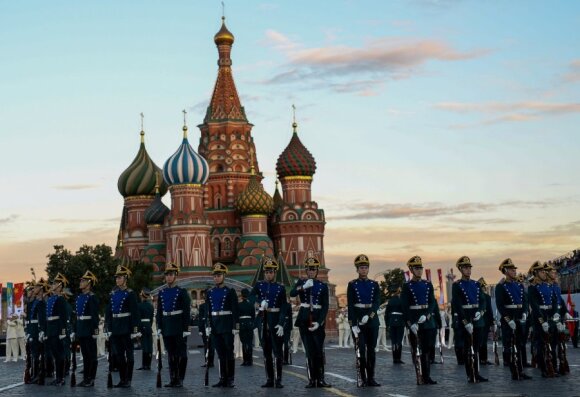 What I am saying is that this cooperation that we have with Russia is based on the false premise that Russia always wants to help us. Russia wants to benefit from it. It wants to be important internationally, it assists its allies. But these allies include regimes that we would like to see changed.

Would you give any examples of Russia supporting international terrorism?

If you go back far enough in the 1960s, Russia was supporting terrorist methods used by PLO, Russia helped to train hijackers. The old KGB used terrorism as a weapon not so much against Israel, but against the West. Why would the hijackers, I remember thinking in the 1960s, fly to Cuba? Cuba was sponsored by the Soviet Union, wasn’t it? So Russia has a long tradition of terrorism.

And even more, if you will, domestic terrorism. What they did in Chechnya in the late 1990s was brutal state terrorism against the civilian population: bombing entire cities, villages, mass murders of the Chechen people. That, to me, is terrorism by any definition.

So you agree with Lithuanian President Grybauskaitė, who said Russia was a terrorist state or one that used terrorist methods?

Absolutely. She is absolutely right. She is brave to come to the microphone and say it. A lot of people think this, but they don’t talk. I admire those who actually say what they think.

The West fears that it would destabilize the system in Russia. And I think what a lot of policy makers are more afraid of not so much Putin, but that there could be someone worst after him or that there could be chaos. Or that Putin will be angered to such an extent that he would make things even worse internationally.

The same narrative that dominated in the wake of the Cold War...

Exactly. It’s a fear of a bully. But if you stand up to a bully, the bully will stand down. Secondly, I don’t believe that what will come after Putin will be worse than Putin. And thirdly, maybe there will be an opportunity for a democratic breakthrough in Russia. Which is what we want.

Do you think the current regime of Vladimir Putin is stable?

No, I think it’s increasingly unstable. I think we are going to witness more of internal struggle for power, for resources. As resources dry up, there are less federal funds available, less of a pie to divide between the tcheloveki (people) - the elites, the oligarchs. The regions will suffer because they won’t get federal funds.

There will be more opposition. Maybe Ramzan Kadyrov will decide: “Well, maybe we should opt for independence again because we are not getting funds from Moscow.” So I think that Putin’s regime is going to become continuously unstable as the result of falling oil prices, lack of modernization, sanctions. Not so much the ones we impose, but the ones he imposed on importing goods from the European Union. So I think Russia is on a downhill trajectory. What will be the lowest point? Nobody knows.

You've mentioned that the West is fearful of chaos in Russia. Why do you think it is not a threat?

The important thing is for us to look at two things. I posed this question during the conference: What’s worse for us - a strong Russia or a weak Russia? A strong Russia, of course, is bad news when it’s lead by somebody like Putin. But a weak Russia, potentially chaotic Russia could have negative reverberations for neighboring states.

So we can’t determine what’s going to happen in Russia, but we can help defend all the neighboring countries from negative reverberations of what goes on in Russia. Proper defense of every single NATO front-line state, including Lithuania. Absolute commitment to their independence, territorial integrity. Help not just militarily but in other ways – information, symmetric wars. All the other ways in which Russia could try and destabilize these countries. So this is what we need to focus on, stabilize all the countries around Russia. And then when Russia begins to implode, which, I think, it will, we have to support the democrats.

You believe there are any?

Some opposition is with Putin. And, I think, former prime minister [Mikhail] Kasyanov put it very well: that the left has left the opposition, they joined Putin, and so has the right, particularly the ultra-right. So that leaves the center liberal ground to build on. Whether they are successful, I can’t tell you.