BNS
Lithuania's ambassador to the United States says that the relationship between Europe and America remains strong despite frozen free trade talks or disagreements over sanctions against Russia. 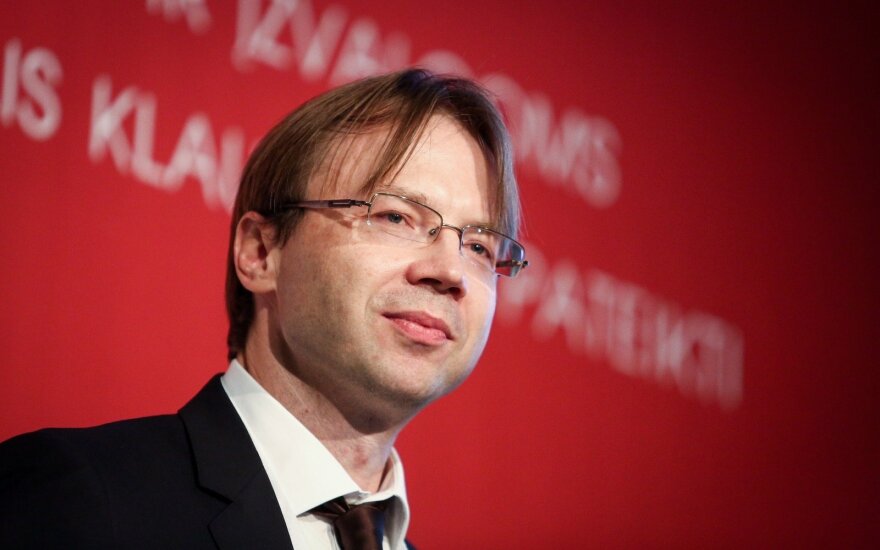 "I can't see a more strategic relationship than that between Europe and the US," Rolandas Kriščiūnas told BNS in an interview.

The diplomat says that Lithuanians should not wait for a free trade deal to be signed in order to look for new export opportunities in the US, adding that Pennsylvania could become a gateway to America for Lithuanian businesses.

"We can see that products that were forced out of the US market due to the dollar exchange rate are coming back. Perhaps the situation was different then, because the Russian embargo was not yet in place and the agricultural product market was very important to us," Kriščiūnas told BNS.

"We can see that Lithuanian cheeses have returned to America. Today our exports amount to around 1 billion euros annually, but this is certainly not the limit, because America is a vast country," the ambassador said.

"My great wish is to make Pennsylvania a strategic state that could become our gateway, because it is not far away, we know it better. Their administration is well- disposed and interested. They would be inclined to become that bridge for Lithuanian businesses to America," he added.

"Two percent is a number of particular importance, because we have been promising (to reach) it for some time now. We are mapping out plans for achieving it and everybody can see now that it is within reach. Estonia has been mentioned as a star performer for meeting the 2 percent (target) for years," the ambassador said.

"We are seen as a model when it comes to liquefied natural gas. If the talk is about how a country takes care of its energy security, Lithuania is referred to as an example," he added.

Lithuania's parliament has merely one ballot left until adoption of the so-called Magnitsky Act ,...

BAFL- 20 years of the Baltic Caucus in Washington D.C.

US stops rotating troops in Lithuania, send them to drills - General

The United States have ceased permanent rotation of its Land Forces troops in Lithuania, however, will...