BNS
A draft constitutional amendment to allow Lithuania's impeached former president, Rolandas Paksas, to run both in parliamentary and presidential elections passed the first reading in the Seimas on Tuesday. 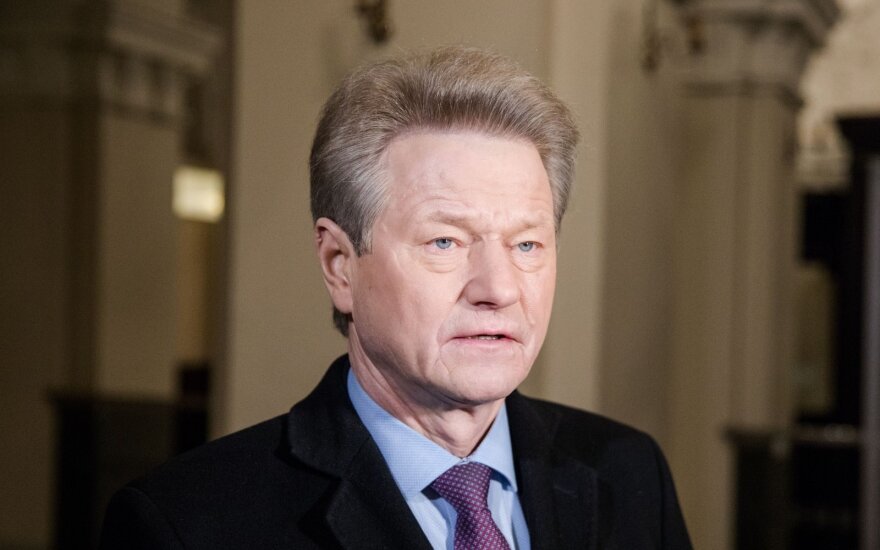 Seventy-nine members of the parliament voted in favor of the amendment, 23 voted against and 19 abstained.

Paksas has been barred from running for either president or parliament since his impeachment back in 2004.

The European Court of Human Rights (ECHR) ruled in 2011 that the lifetime ban on Paksas to stand for parliament was disproportionate and ran counter to the European Convention on Human Rights.

Seven years on, the Seimas has made no progress on amending the Constitution, Rimas Andrikis of the Order and Justice party noted when presenting the amendment to the parliament.

Related articles
Amendment to allow Paksas to run for Lithuanian parliament, president to be submitted
Artūras Vaškevičius. What will we elect – a president or a portrait?

The lawmaker expects that the amendment will help bring the issue toward a resolution.

The amendment would allow a person removed from office through impeachment to be elected as lawmaker and president, as well as appointed as minister, prime minister and judge or state ombudsman, after 10 years have passed since the impeachment vote.

Two opposition parties - the Homeland Union–Lithuanian Christian Democrats and the Liberal Movement - earlier tabled another draft constitutional amendment that would allow Paksas to run for parliament, but would not open the way for him to run for president or be elected as the speaker of the Seimas.

That amendment earlier this month passed the first reading in the Seimas with 99 votes in favor, two against and ten abstentions.

"This draft amendment is absolutely incompatible with the ECHR judgement," Andrikis said, referring to the opposition-proposed amendment.

The Lithuanian Constitutional Court has ruled that a person removed from office through impeachment can never again hold a public office that requires an oath and that the Constitution needs to be amended to lift the ban. The Seimas has repeatedly failed to muster enough votes to pass such an amendment.

The Council of Europe's Committee of Ministers, which monitors the execution of the Strasbourg court's judgments, has placed Lithuania under the so-called "enhanced supervision procedure" over the parliament's failure to pass amendments lifting the lifetime ban on Paksas to run in elections.

Paksas was ousted by impeachment in April 2004 after the Lithuanian Constitutional Court ruled that he had grossly violated the Constitution and his oath of office by granting Lithuanian citizenship to Yuri Borisov, the main financial supporter of his presidential election campaign.

Amendment to allow Paksas to run for Lithuanian parliament, president to be submitted