Ambassadors from five states to participate in Baltic Pride 2016 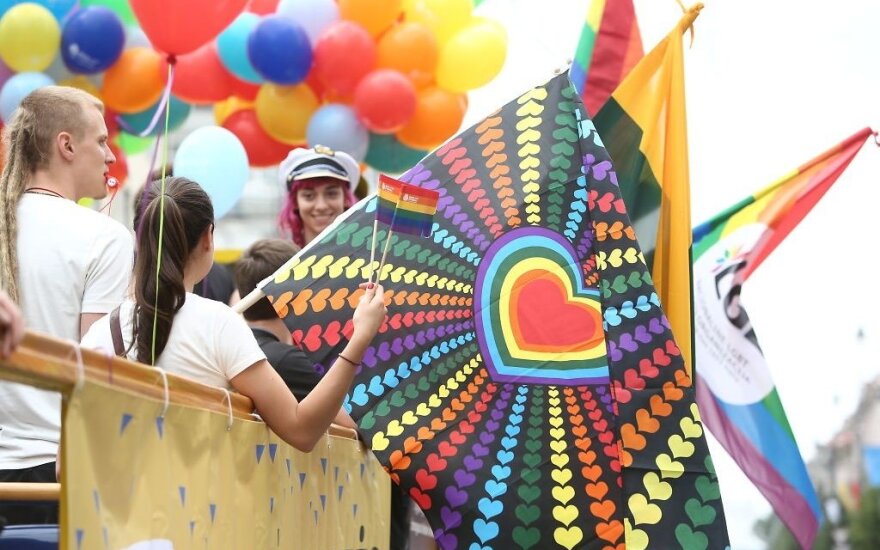 Representatives from 12 foreign embassies, including five ambassadors will participate in the LGBT Baltic Pride parade which will take place in Vilnius on June 18.

The chairman of the Lithuanian Gay League board Vladimir Simonko said that representatives are expected from 12 foreign embassies: Great Britain, Italy, Finland, Norway, Denmark, Austria, France, Canada, Israel, the US, Sweden and Netherlands.

Moreover, ambassadors from the United Kingdom, Italy, Sweden, Finland, Norway, the Netherlands will participate in the event.

Simonko said that through the parade, LGBT people want to express their expectations.

“This time the expectations are - life in partnership, in marriage,” said Simonko.

A married gay couple continues to fight Lithuanian migration authorities that refuse to grant one of...

Tomas Raskevičius, an LGBT policy coordinator at the Lithuanian Gay League , spoke about the...

Lithuania has been ranked 36th out of 49 countries in a LGBT rights rankings of countries compiled...

The Lithuanian Gay League says that it is “very happy” with the support it has received from...