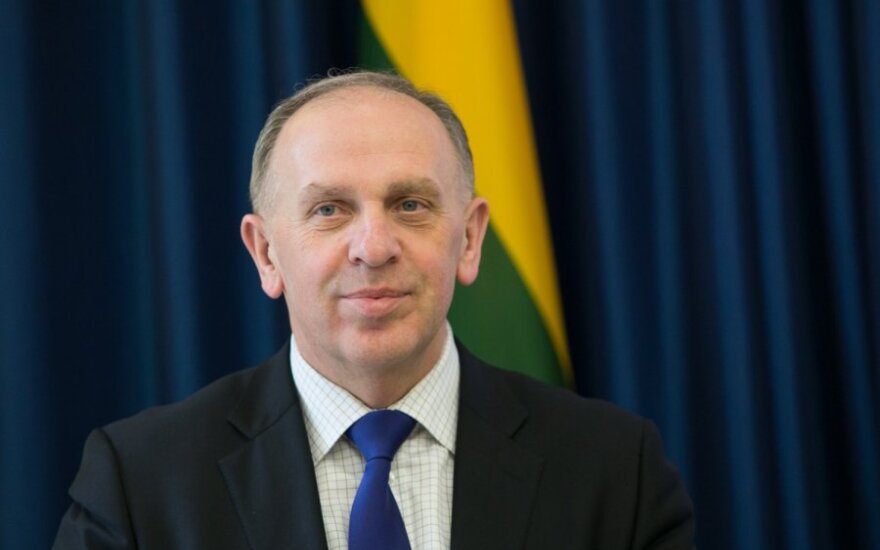 "The recall has been extended until a separate decision," Rasa Jakilaitiene, spokeswoman for the foreign minister, told BNS.

The ministry says the decision is due to Motuzas having the status of a special witness in a non-transparent visa issuance case and threats to the embassy over the January 13, 1991 case.

The status of a special witness means that a person is questioned about his or her actions but there are no grounds to bring formal suspicions against him or her.

Prosecutors suspect Sidlauskas of taking a bribe in exchange for his promise to help Nasirov obtain a long-term Schengen visa.

The Lithuanian embassy in Moscow issued Schengen visas to Nasirov and his son in late March, based on an invitation letter from by Sidlauskas. The ambassador confirmed that Sidlauskas had informed him about his plans to send the document.

Sidlauskas' lawyer has dismissed the bribe suspicions as untrue.

Earlier this month, Lithuania asked Russia to ensure the security of its embassy in Moscow after the diplomatic mission received a threatening letter from people calling themselves veterans of Russia specials services and patriots.

The letter came several weeks after a Vilnius court convicted 67 Russian, Belarusian and Ukrainian citizens of war crimes and crimes against humanity for their roles in the Soviet crackdown on Lithuania's independence drive on January 13, 1991.

Russia has not yet stepped up the security of the embassy, Jakilaitiene said.