BNS
aA
Some 44,700 people, or 1.85 percent of all eligible voters, cast their ballots over the first two days of early voting in Lithuania's presidential election and two referendums on Monday and Tuesday. 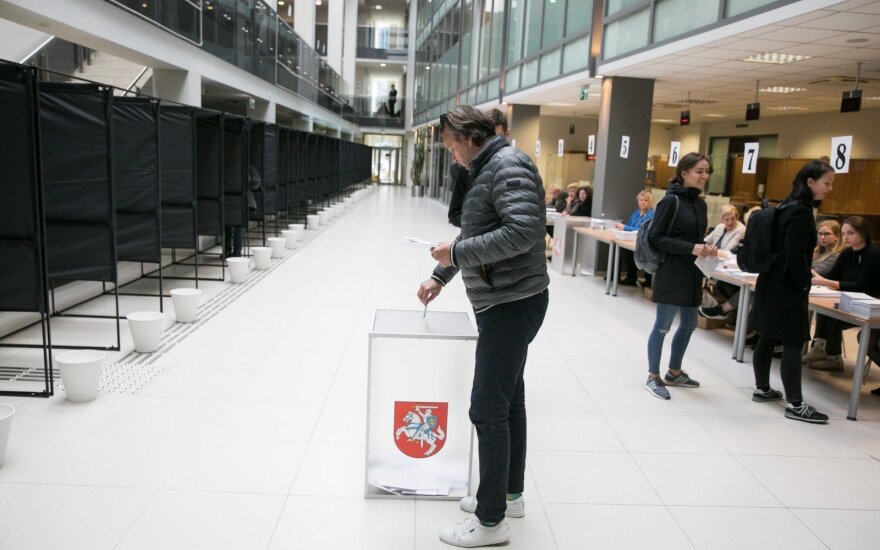 Voter turnout in the first two days of early voting in the 2014 presidential election reached 2.97 percent, but the advance voting period was three days shorter five years ago.

Pre-polling stations in municipal buildings across Lithuania will remain open between 8 a.m. and 20 p.m. through Friday.

Among those who came to the polls early were outgoing President Dalia Grybauskaite, Ramunas Karbauskis, leader of the Lithuanian Farmers and Greens Union, Remigijus Zemaitaitis, leader of the Order and Justice Party, and Gintautas Paluckas, leader of Lithuanian Social Democratic Labor Party.

Voters who are in hospitals and social care establishments, and those in military service and in prisons, can vote by mail in special post offices on Wednesday through Friday.

Disabled people and those who cannot come to their polling stations due to illness, and those aged 70 and older will be able to vote at home on Friday and Saturday.