BNS
aA
All of Lithuania's parliamentary political parties, except for the Social Democratic Party of Lithuania (LSDP), are likely to sign an agreement on the country's defense policy for the next decade in September, Prime Minister Saulius Skvernelis said on Tuesday. 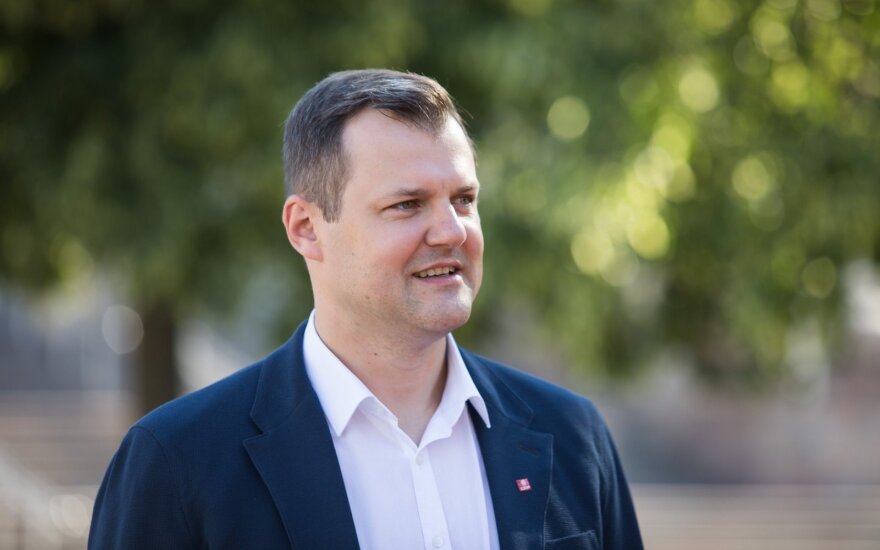 "There are comments and proposals, but the absolute majority, with the exception of one party leader, agrees with the provisions," Skvernelis told reporters.

"We agreed that that we'll have a week to look at the comments and as soon as we have the final wording, we'll be able to sign that document," he added.

The government proposes that political parties sign an agreement committing to gradually increasing defense spending to 2.5 percent of GDP by 2030, up by 0.5 percentage points from this year's target of 2 percent.

The prime minister says the agreement will also define areas where funds will be allocated and they will include the development of army infrastructure, the formation of a reserve, increasing the prestige of the soldier's profession and stepping up public resistance, including hybrid threats.

According to Skvernelis, the final decision will depend on whether funds will be spent on army modernization or the formation of an army reserve linked with universal conscription.

"We definitely see that until 2022 the priority is the acquisition of weaponry for the army and its modernization," the head of government said.

The draft document calls for decisions on introducing universal military conscription to be made in 2022.

Gintautas Paluckas, the LSDP leader, said his party believes that 2 percent of GDP is sufficient for defense spending and it is categorically opposed to universal conscription.

"The Social Democrats fundamentally disapprove of these two points and we don't plan to sign the agreement, at least not for now," he said.

Paluckas said Lithuania should spend more money on social needs instead of increasing its defense budget.

"I'm not downplaying these threats by I don't want to live in fear. I doubt in our ability to win an arms race with Russia, so this is why we are talking about the principles of collective defense and NATO commitments," he said.

The initiators of the new agreement say it would help ensure a consistent defense policy that will not be influenced by election cycles and changes in the political government.

Leaders of the Lithuanian Farmers and Greens Union (LVŽS), the Homeland Union–Lithuanian Christian Democrats (TS-LKD), the Liberal Movement, the LSDP, the Lithuanian Social Democratic Labor Party (LSDDP), the Order and Justice Party and the Electoral Action of Poles in Lithuania–Christian Families Alliance (LLRA-KŠS) have been invited to sign the agreement.

LVŽS leader Ramūnas Karbauskis says the party does not back all provision but suggests including an alternative to universal conscription for students of higher schools.

Meanwhile Liberal Movement leader Eugenijus Gentvilas believes the party agreement should be approved not only with the prime minister's signature but "in one or the other form" by the Seimas. Skvernelis says he will be greatly honored to sign such an agreement.

The last time the country's political parties signed an agreement on defense and security policy was in 2014, shortly after the annexation of Crimea by Russia. Its key provision of increasing defense spending to 2 percent of GDP is set to be implemented this year.

SocDems oppose new defense deal, other Lithuanian parties inclined to back it

The Lithuanian Social Democratic Party (LSDP) is unlikely to support the government's proposed...

Lithuanian politicians have expressed their respect and condolences over the passing of US Senator...

Europe can't turn its back on financially-troubled Turkey - Lithuanian president

Europe cannot turn its back on financially-troubled Turkey in the face of geopolitical security and...