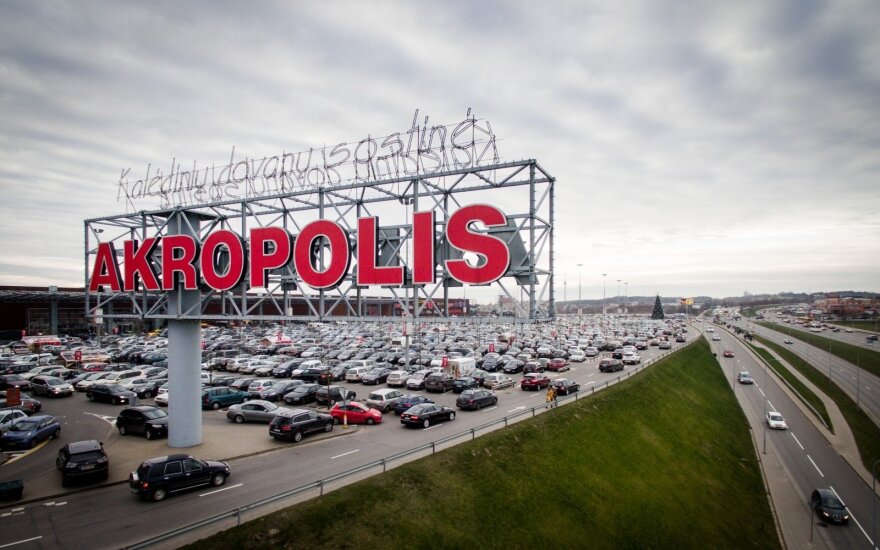 Akropolis shopping malls have changed hands within VP Group after Vilniaus Prekyba took them over from a Maltese company in a €400 million deal despite opposition from a shareholder.

The three shopping malls in Lithuania, previously owned by Relvit Ltd., were bought by Lithuania-registered Vilniaus Prekyba, which also owns the Maxima supermarket chain, two days after the deal had been approved by majority shareholders, the company said in a press release.

Minority shareholder Mindaugas Marcinkevičius had tried to block the deal, saying the move was aimed at hiding information from shareholders.

"Due to a large number of intermediary owners, we know nothing about the operations of Maxima, and now we will be equally ignorant about the Akropolis shopping malls. The deal is motivated not by economic rationale, but by attempts to hide information about businesses from shareholders and move funds to hard-to-access jurisdictions," Marcinkevičius has told Verzlo Žinios.

Meanwhile Raimonda Kižienė, head of Vilniaus Prekyba, says the move is aimed at consolidating ownership of the groups businesses to allow for better synergy and efficiency.

"The company has all the financial resources to ensure proper funding for expansion projects by Akropolis and the group's other businesses," Kižienė said.

The three shopping malls in Vilnius, Kaunas and Šiauliai have a total shopping area of over 209,000 square metres.

Businessman Nerijus Numavičius , Lithuania's richest man, has officially become a taxpayer in the...

Vilniaus Prekyba Group shareholder Žilvinas Marcinkevičius has sold his 15% stake in the company...

Žilvinas Marcinkevičius will be allowed to sell his 15% stake in Vilniaus Prekyba , the largest...

Dainoras Bradauskas has appealed against the Lithuanian finance minister's decision to sack him as...