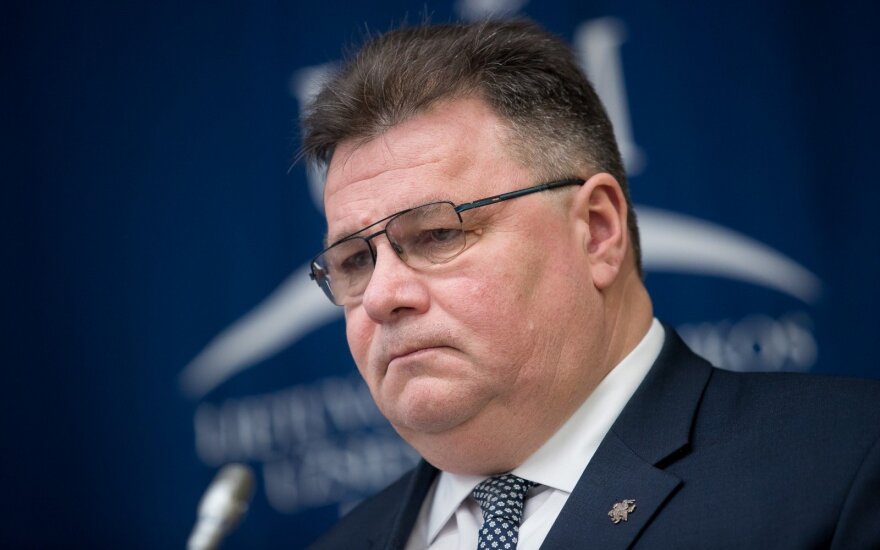 His comment came after Minsk warned that Belarus might be forced to use military measures if its airspace was violated again.

"Obviously, what we are talking about involves a civil aircraft and this could certainly not pose any threat to anyone," the minister told reporters on Monday.

"However, that does not justify any airspace violations if they really occurred," he added.

Linkevicius underlined that Lithuanian diplomats would respond to a note handed by Belarus over the airspace violation and that the incident would be thoroughly investigated.

According to Lithuania's state-owned air navigation service provider Oro Navigacija (Air Navigation) and the Civil Aviation Administration, Belarus' airspace was violated last Wednesday by a P46T light aircraft that had taken off from the Vilnius airport. The plane was piloted by a Danish citizen.

Under the flight plan, the aircraft was to fly to the Belarusian border and then turn back, Mindaugas Gustys, acting CEO of Oro Navigacija, said.

Belarus' authorities registered the airspace violation at 1:40 p.m. local and Lithuanian time on Apr. 19. The plane flew up to eight kilometers into Belarus' territory and three minutes later turned back and left the neighboring country's airspace.

Alvydas Sumskas, deputy director of the Civil Aviation Administration, told BNS that the P46T had been piloted by a Danish citizen. A Lithuanian citizen who wanted to buy the aircraft was also aboard.

Belarus' Air Force Commander Oleg Dvigalev said on Sunday that the violation had occurred near Astravyets, where Belarus is building a nuclear power plant.

"If such cases recur, the Air Force and Air Defense will be forced to use force-based measures," he told the VoyenTV station.

Lithuanian border guards said on Tuesday that they have launched a pre-trial investigation after a...

A packet of cigarettes containing an explosive device was thrown into the territory of the Belarusian...

Lithuania's prosecutors have terminated an investigation into an incident when a light airplane...