BNS EN
aA
Lithuania's Air Force Commander Colonel Audronis Navickas, who is about to be transferred to reserve, says that the information published by the Defence Ministry about his responsibility over helicopter repairs in Russia was misleading. 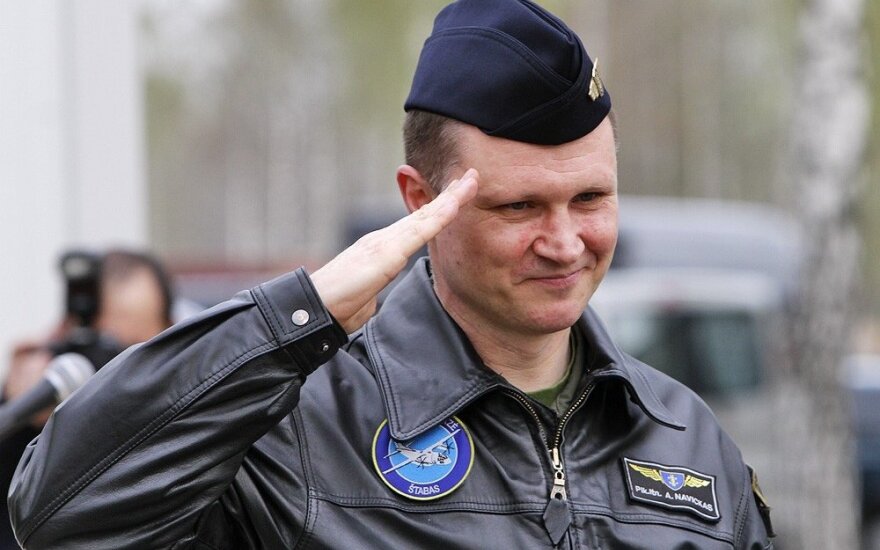 The officer demanded that the ministry denied the report, which presents the finding by the Defence Ministry's ad hoc commission.

The minister has placed the colonel in the temporary reserve of the personnel of the Lithuanian Armed Forces, which means he will no longer serve as the commander.

The ministry said the decision had been taken after the commission established that Navickas had failed to enforce the political stance taken at the Defense Resource Council to not repair military helicopters in Russia.

In a letter to the Defence Ministry, Navickas said that the information humiliated his honor and dignity, as well as was an offense to his reputation.

"The misleading information despised and humiliated me, causing the society to doubt my decency and honesty as citizen of my country, a soldier and commander of the Air Force of Lithuania, also humiliating my reputation as a senior officer and commander," reads the letter also sent to the media.

The process of sending Lithuanian military helicopters to Russia for repairs was cleared by high-ranking defense officials before it was stopped at the last stage in 2016 after passing filters of a few defense system officials. Lithuania's Foreign Ministry said repairs of helicopters in Russia would have run counter to the European Union (EU) sanctions against Moscow and Lithuania's foreign policies.