LT Daily
aA
With growing popularity in the polls, analysts believe that the Lithuanian Peasant and Green Union will cross the 5-percent barrier required to become a considerable force in the Seimas for the first time ever when elections are held in October 2016. 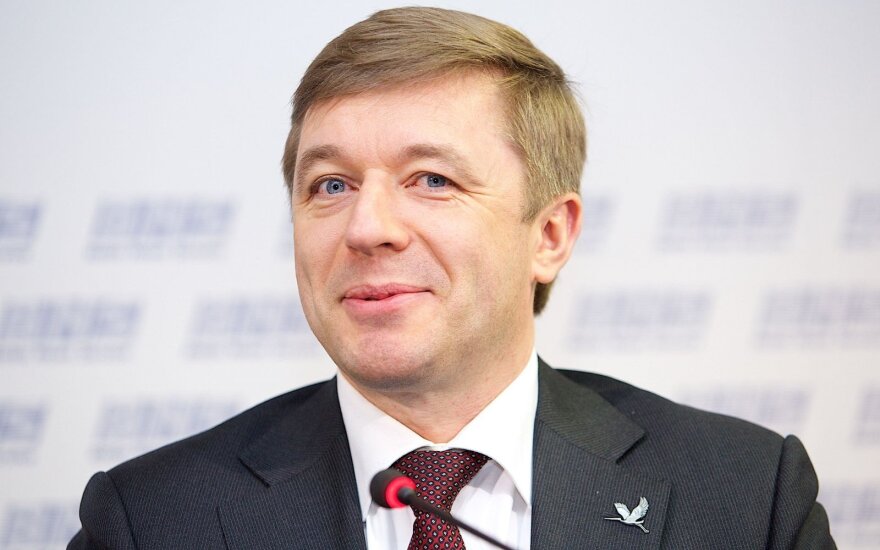 According to Vladas Gaidys, director of the Vilmorus public opinion and market research company, polls indicate that 8.6 percent of those who intend to vote in the Seimas elections plan to vote for the agrarian party. “At one point, this party had harder times, like in 2012 or 2013, when their ratings were lower. Now, their results are very good,” Gaidys told LRT.lt.

Taking 5 percent of the votes in the 2016 Seimas elections would allow the party, which currently has two MPs elected in single-member districts, to elect members from its election list to the Seimas. This would encourage larger parties to consider them when forming coalitions.

The party’s leader, industrial farmer Ramūnas Karbauskis, has also proven to be popular. According to Gaidys, 37 percent of Lithuanians view Karbauskis favourably and 17 percent view him negatively. “If we look at the list of individuals viewed positively and negatively, he’s in the 4th place - right behind Interior Minister Saulius Skvernelis, Prime Minister Algirdas Butkevičius and President Dalia Grybauskaitė. When our respondents are openly asked who best represents their interests, Karbauskis come in the 6th place. Their leader is popular and is viewed favourably. The party’s ratings are growing steadily, so the LPGP should make it into the Seimas next year,” Gaidys predicted.

Karbauskis takes the poll results as an indication that his party is headed in the right direction. “To this day, we haven’t used any public relations campaign services - we did everything as best we could. Now, we’re considering asking for professional help. Some have been annoyed by our ratings while others are happy. We are growing steadily and should reach our peak in October,” Karbauskis explained to LRT.lt.

“Our decision will depend on who will accept the terms we demand for working with the coalition that will form the Seimas’ majority. Being in power is not an end in and of itself. The question is whether this will involve parties that have already expressed an interest in working with us, or the Social Democrats, who have made no such statement yet. They seem to believe that they’ll work alone, though that won’t work out for them. We have our position, and if it won’t be accepted, we certainly won’t work with the governing majority. We can work with the opposition as well, if there’s no other way,” Karbauskis said.

Whether these projections will hold true, however, remains to be seen. Kaunas University of Technology (KTU) professor and political scientist Algis Krupavičius, for example, told LRT.lt that “they always had sizeable ratings, but over the past few years, they’ve never managed to cross the 5-percent barrier.”

Grybauskaitė and Adamkus most popular public figures in Lithuania

Last month, ratings of three politicians grew while those of five others fell. A survey commissioned...