the Lithuania Tribune, LRT
aA
The family of an Afghan refugee granted asylum in Lithuania is to rejoin him on Friday. 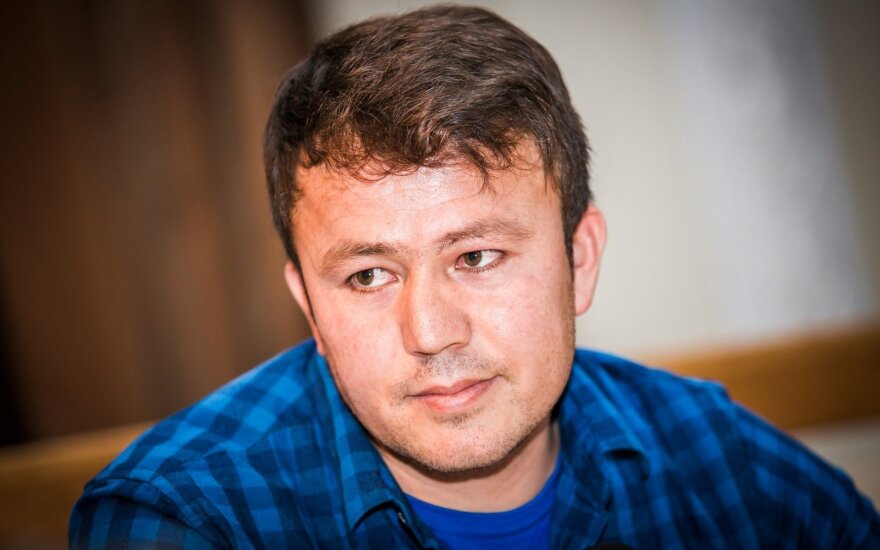 Abdul Basir Yousuf, who had worked as an interpreter for the Lithuanian troops in Afghanistan, came to Lithuania last April following an appeal posted on Youtube from a refugee camp in Greece.

Yousuf, who speaks Lithuanian, has been granted a refugee status and the right to reside in the country. He says his family will apply for asylum in Lithuania, too.

Lithuania's interior minister says that Yousuf's wife and daughter are allowed to join him under the family reunification principle.

"The wife and daughter have applied for visas at Lithuania's consulate in Delhi, India, and following consultations with other states, a limited-format Schengen visa has been issued," Interior Minister Tomas Žilinskas has told LRT, explaining that "limited format" means that Yousuf's family are only allowed to come to Lithuania.

Next week, they are planning to submit an asylum application to the country's Migration Department.

Yousuf would like his wife and daughter to stay at the Refugee Centre in Rukla, central Lithuania, where they could learn some Lithuanian.

Yousuf was flown to Lithuania from Greece after an American journalist posted a video online in which the Afghani refugee pleaded for help, in Lithuanian. He said he learned the language during his employment as interpreter for Lithuanian troops in Afghanistan's Ghor Province.

Abdul Basir Youssuf , the Afghani NATO interpreter who had worked with Lithuanian soldiers in Ghor...

Abdul Basir Yoususi , an Afghan national who once worked as interpreter for Lithuanian troops in...

Lithuania takes in 4 Afghans who worked with Lithuanian troops

Four local men who worked with Lithuanian troops in Afghanistan have come to live in Lithuania,...