Grigory Ioffe | Eurasia Daily Monitor
aA
The Belarusian Ministry of Energy confirmed, on July 26, that an emergency situation occurred earlier that month at the construction site of the Belarusian nuclear power plant (NPP). The power station is being built 18 kilometers from the town of Ostrovets (Grodno oblast), and some 50 km from Vilnius, Lithuania. 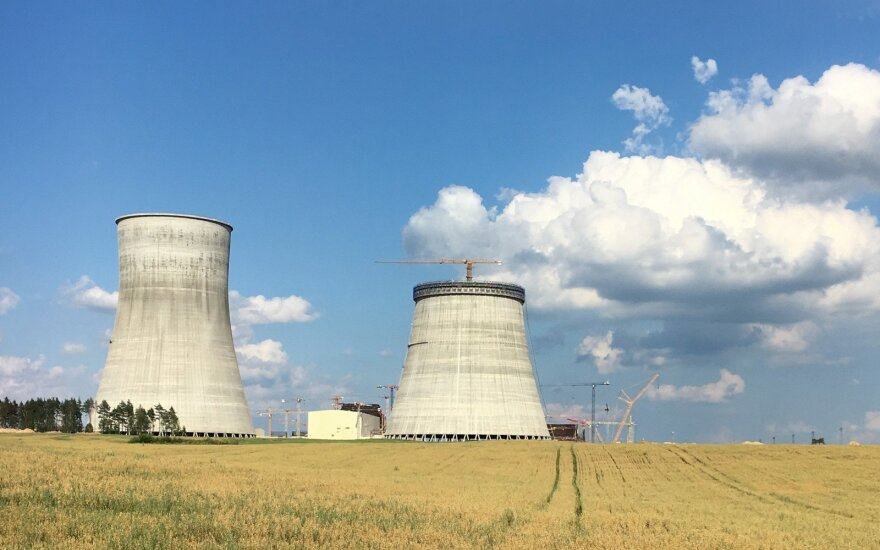 According to the energy ministry’s press release, the situation took place on July 10, at the warehouse facility, while the reactor was being moved horizontally.

This confirmation was preceded and, in fact, triggered by speculations of a local resident, Nikolai Ulasevich. A member of the opposition United Civic Party, Ulasevich is running for a seat in parliament. On July 25, on his Facebook page, Ulasevich related persistent rumors that a 330-ton nuclear reactor fell from a height of 2–4 meters during a planned rehearsal of its installation on July 10. Ulasevich claims that he received this information from at least ten unrelated people, who shared it with him on condition of anonymity during his electoral signature-collecting campaign.

Related articles
PM to set up crisis centre under Government

This posting launched a frenzy of activity within the opposition media. Lithuania, meanwhile, sent a diplomatic note to the Belarusian ambassador in Vilnius, urging the government in Minsk to carry out a careful and transparent investigation of the alleged accident.

On July 26, the Russian state-owned company Rosatom, the Ostrovets NPP project’s prime contractor, denied any alleged damage to the reactor shell. Reportedly, the reactor will be installed as scheduled, once the supervisors issue their permission. However, in the opinion of Belarusian opposition-minded experts, Russian contractors are predisposed to downplay the scale of an accident, and dropping the reactor from a height of 2–4 m, if it indeed occurred, may be extremely dangerous.

Lots of even more ominous rumors have been circulating in the Belarusian media alongside the more established facts. It is true, however, that the alleged whistleblower, Ulasevich, is now leading a civic protest campaign, “Ostrovets Station Is a Crime”.

According to Valer Karbalevich of Radio Liberty, the Belarusian authorities are behaving like their Soviet counterparts in April–May 1986, when no public information was issued about the meltdown in Chernobyl for ten whole days following the initial explosion at the plant. According to Kabalevich’s colleague, Vital Tsyhankou, President Alexander Lukashenko needs to say something about the alleged accident. Moreover, this would be an opportune moment for his intervention, as it would allow him to show his human side and restore order.

The Belarusian leader has, nevertheless, kept silent—as he has throughout Belarus’s two-month conflict with Russian Gazprom over the price of natural gas purchased from Russia.

Considering Lukashenko’s putative behind-the-scenes behavior during the latter conflict, Yury Drakokrust of Radio Liberty shared his understanding of Lukashenko’s similarity with United States presidential candidate Donald Trump, a seemingly popular and tenacious idea broached by yet another Belarusian journalist, Vadim Livnev. Specifically, Drakokhrust draws a parallel between the bargaining styles of both politicians. Thus, in order to lower prices on Russian natural gas, Lukashenko just began to pay less, but then he had to repay the accumulated debt. His maneuver, however, was not entirely in vain, as previously lowering of the price was not even discussed, whereas today Moscow has promised a price drop in exchange for Belarus fulfilling its obligations to deliver refined oil to the Russian market and also in exchange for eventually selling some Belarusian industrial giants to Russian owners.

While the former promise will have to be abided by, it is still possible for Minsk to procrastinate on the latter. This is emblematic of Lukashenko’s tactics of wresting small gains.

Likewise, Donald Trump threatened that he may not defend the US’s allies in the North Atlantic Treaty Organization (NATO) that do not fulfil their defense budget obligations. Within days of this threat, Estonia’s President Toomas Ilves stated that his country does indeed live by the standard NATO commitment to spend at least 2 percent of its GDP on defense. That implies that other NATO allies may soon be urged to toe the line and fulfil their own 2 percent obligations. So Trump’s threat might not be in vain either, Drakokhrust argues.

Yet, Lukashenko is not only using his specific bargaining style to benefit Belarus economically; he has also positioned himself as the guardian of his country’s independence. During the 13th Warsaw East European Conference, a member of the Belarusian opposition, Dmitry Bondarenko, asked former Georgian president and current governor of Odessa Mikheil Saakashvili why Ukrainian and Georgian authorities “maintain good relations with the authoritarian regime of Lukashenka.”

“There is no alternative to a free Belarus,” Saakashvili responded. “But in order for Belarus to be free… one has to ensure first that Belarus is retained as a state”.

This being the case, the Belarusian authorities have allowed only token participation of the opposition in the electoral process. Out of 303 opposition candidates to serve as members of almost 6,000 local electoral commissions (EC—bodies tasked with actually counting the votes), only 53 (17 percent) made the cut. Considering that the overall ratio was 90 percent (65,857 filled EC seats out of 73,278 candidates put forward), the opposition obtained a raw deal yet again.

Such are the informal rules of the political game in Belarus—and arguably most non-Western countries. These rules are easy for the authorities to enforce when the personal prestige of the members of the opposition is not particularly high. But if the Ostrovets NPP whistleblower, Nikolai Ulasevich, manages to win a parliamentary seat in the upcoming election, it remains to be seen what this may mean for Belarusian politics in the long term. If he loses, Ulasevich will only have succeeded in using the electoral campaign to disseminate information unflattering for the authorities. And this is the utmost that many members of the opposition acknowledge they themselves are shooting for.