About the status of G. Nausėda, the Chief Advisor of the President of SEB Lithuania, the letter by MP Ž. Pavilionis

Dr. Žygimantas Pavilionis
aA
Mr. Peter Wallenberg, President of Wallenberg Foundations AB, and Mr. Magnus Schöldtz, Senior Advisor on international and government affairs.Your Foundation is one of the largest and most respectable investors in our country's economy. I can bravely say that you are symbolizing investment in the Baltic countries from Scandinavia. This investment not only helped us to develop economic, but also the democracy in our country. 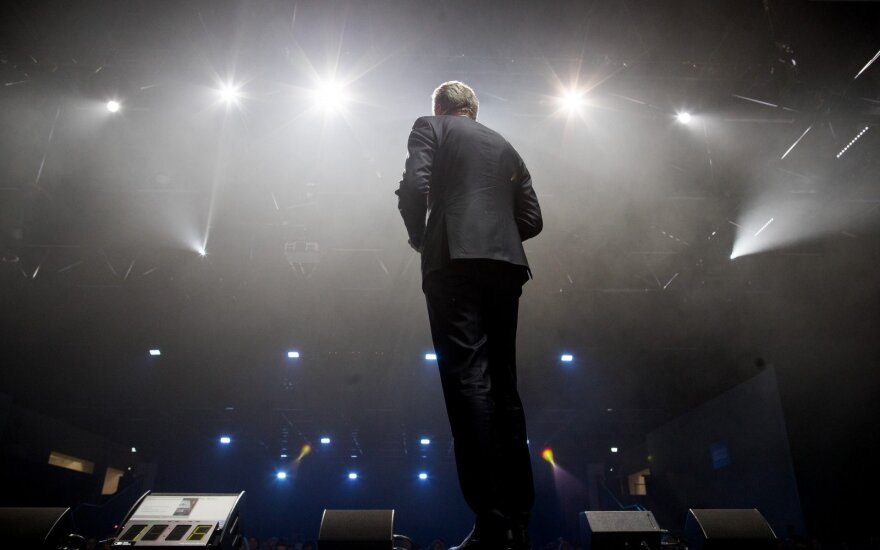 Understanding the meaning and weight of the fund you represent, I address you regarding the status of Gitanas Nausėda, Chief Advisor of SEB President Lithuania. Gitanas Nausėda has deserved the name of an authoritative professional during his many years in banking business. In various polls he is named one of the most significant economists. His recommendations are listened and trusted by citizens and businessman's. Moreover, due to his long-term activity in the banking sector, he is associated not only with SEB, but with the entire banking sector, as well as with investments from Scandinavia.

Related articles
Pavilionis’ slight to the party: calling on SEB shareholders regarding Nausėda  (1)
Parties hurrying slowly to the elections

As you know, next year the citizens of Lithuania will vote for the President of Lithuania. This post is the highest in our country. The head of state is responsible for many processes also of the future of the state. Although the official election campaign has not started yet, Gitanas Nausėda is already named one of the most realistic candidates for the President of Lithuania. Although he publicly states that he did not make a decision on candidacy, some of his actions and statements allow me to say that he make internal decision.

It is no doubt, that activities and reputation of Gitanas Nausėda has proved him as a candidate of Lithuania. He would contribute to the welfare of the state. But the rest is worrying. He, as already mentioned, is associated with a banking sector and foreign investment, which are sensitive to threats.

The fact that such fears have a basis reminds the story happened fifteen years ago. Then affected bank that belonged to the SEB Group. People rushed to withdraw deposits due to rumors of a difficult banking situation. It was suspected that the bank became the victim of election, although evidence was not provided.

Abraham Lincoln has said that we cannot take responsibility for tomorrow if we are not avoiding it for today. SEB is in this position. Your employee is actually involved in the election campaign, and the bank must clearly state its position on this issue with all the risks and responsibilities. SEB is not only a huge economic force in the Lithuanian economy. He is also one of the country's economic think-tanks and Gitanas Nausėda presents this sensitive data.

By feeling its weight, responsibility and declaring transparency as one of the main values, SEB must publicly answer to the citizens of Lithuania: does it support its employee? Has the bank expressed any support for Gitanas Nausėda to participate in the presidential elections in Lithuania? How the bank ensure that its economical information will not be used for political purposes? Is SEB not afraid of possible investigations for support the candidate – Lithuanian laws prohibit legal entities from providing both direct and indirect support? These and many other questions about the situation are tantalizing the citizens.

After 2008-2010, the years of crisis, when confidence in the financial system was at a record low, confidence of banks was re-established with enormous efforts. Do not forget - it remains fragile. Political intrigue can bring it back. I believe that SEB has evaluated all the circumstances and has a wise solution in this situation.

Pavilionis’ slight to the party: calling on SEB shareholders regarding Nausėda (1)

The game V. Matijošaitis is playing