(1)
Ludo Segers | the Lithuania Tribune
aA
On Friday morning whilst he was preparing the eulogy for the nine murdered black people in Charleston, South Carolina, United States President Barack Obama received the last piece of good news in a week that had plenty to celebrate for the White House administration. Shortly after the the Supreme Court announcing marriage equality, President Obama issued a statement. “It’s been a significant morning. It’s been a significant couple of days. And it’s certainly been a significant month.” 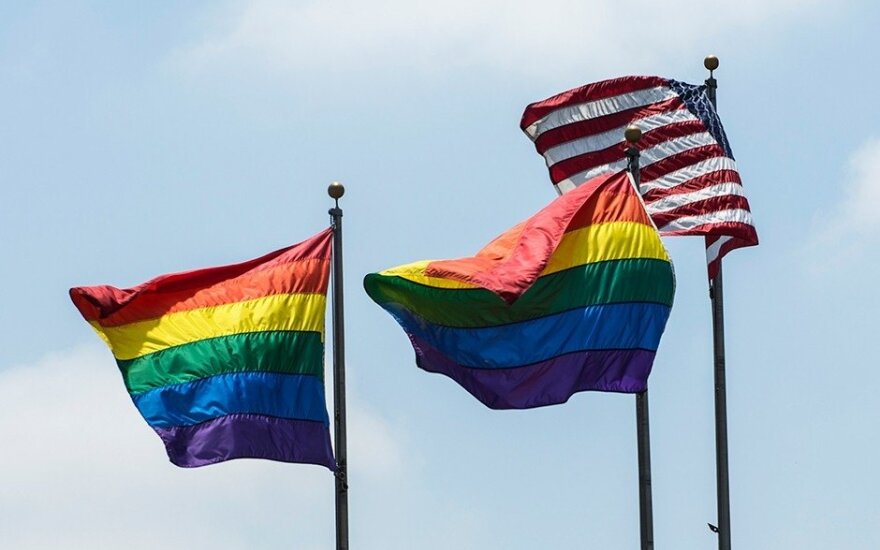 It was indeed a good week for President Obama. The principles of equality and hope, his central campaign themes in 2008 and 2012, have now been held up in the Supreme Court against challenges, mainly from the conservative right. Earlier this week the Affordable Care Act, commonly known as Obamacare, survived a major challenge in the Supreme Court. On Friday morning, the highest Court brought down a decision to give gays the right to marry in all 50 states of the Union.

Because of that decision by the Supreme Court, Americans will keep on having access to affordable health care. The United States is one of the very last developed countries to discover that health care is a right that is taken for granted in most developed countries. It is now no longer considered a privilege and middle class Americans, still the core electorate, will predominantly benefit most.

However, the issue that surprised most observers, the right for gays to marry, was also held up in the Supreme Court. As a result, a large number of injustice, discrimination and abuse will no longer be tolerated. The Court's ruling will have a profound effect on American society. In less than seven years, American society has gone from about 40% acceptance to more than 66% in favour of gay marriage. Only a few Republican holdout states, mainly located in the Southern United States, were still discriminating against gay marriage.

Justice Kennedy, writing for the majority, expressed that equality principle as he wrote, "Their hope is not to be condemned to live in loneliness, excluded from one of civilization's oldest institutions. They ask for equal dignity in the eyes of the law. The Constitution grants them that right."

Prior to his departure for Charleston, the President spoke to the press in the Rose Garden. The historic significance was not lost as he said that the United States was founded on the principle of equality. The President said, “The project of each generation is to bridge the meaning of those founding words with the realities of changing times.”

Obama said, "Americans should be very proud," because small acts of courage "slowly made an entire country realize that love is love." He added, “We are a people who believe that every single child is entitled to life and liberty and the pursuit of happiness.”

The President received a rousing round of applause at the end of his speech by White House staff and a large number of LGBT community members that had gathered in the Rose Garden, a rare event that probably echoed a sentiment among the majority of Americans.

Secretary John Kerry issued a statement that the Court's ruling is not only going to affect the United States. "Today, by making marriage equality the law of the land, the Supreme Court reaffirmed one of our founding principles – and our highest ideal – that we are all created equal." He added, "The Court’s decision also sends a clear message to every corner of the globe: no law that rests on a foundation of discrimination can withstand the tide of justice." Finishing on a cautious note he stated, "Proud of the progress we’ve made in our own country and mindful of the challenges that still need to be overcome."

Among the presidential candidates for 2016, the leading Democratic candidate, Hillary Clinton, said she was "proud" of the ruling.

Reactions from conservatives and the right were equally swift. The large pack of Republican presidential candidates were left struggling to come up with some wording. Former Florida Governor Jeb Bush and South Carolina Senator Lindsey Graham issued neutral statements suggesting focus on protecting "religious freedom". "In a country as diverse as ours, good people who have opposing views should be able to live side by side. It is now crucial that as a country we protect religious freedom and the right of conscience and also not discriminate," Bush said in his statement.

Seeking constitutional amendments has proven even more difficult politically in the US than regulating guns that kill thousands of innocents every year. Archbishop Joseph E. Kurtz president of the US Conference of Catholic Bishops called it a "tragic error". In spite of what may be perceived by many as recent openings by the Church to the LGBT community, the Church President referred to the narrow majority of the Supreme Court and called this the "wrong decision". Just like some right-wingers in the Republican Party, not accepting the Court's decision, the Bishop attempted to refer to a definition relegated to history books as of today, calling it "a unique meaning of marriage as the union of one man and one woman".

With this decision, the US is now the 21st country to legalize same-sex marriage. The implication is that same-sex couples will now have the same legal rights and benefits as married heterosexual couples. That includes recognition on official documents such as birth and death certificates, but also rights to visit in hospital. Important issues of benefits and tax issues, in particular inheritance will now be dealt with regardless of sexual orientation. Because of the Court's decision, same-sex couples will remain married when they move from one state to another or when they go and visit.