A fragmented foreign policy leads to a weakened European Union

Jacek Saryusz-Wolski, Europe's World
aA
The Lisbon Treaty was designed to fundamentally alter the Common Foreign and Security Policy. At last, the EU was supposed to have the answer to Kissinger’s famous question: who do you call if you wish to speak with Europe? Solidarity, enhanced cooperation and streamlined decision-making were the future. At the end of the line, a stronger European Union with a new global standing awaited.
Sekite svarbiausias naujienas socialiniuose tinkluose! 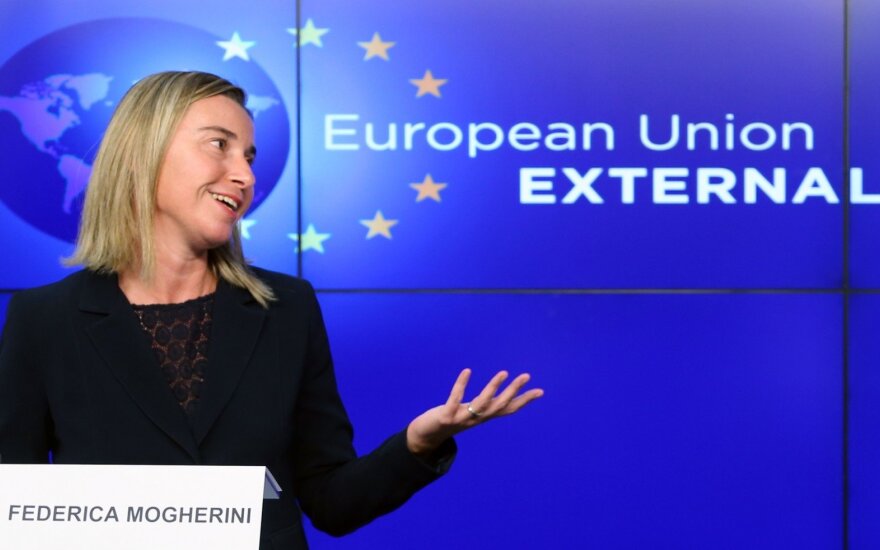 Fast forward six years, and we face a reality that fell short of expectations. The institutional framework never really had the chance to fully function. The new European External Action Service was indeed set up, but it has so far failed to truly act as Europe’s diplomacy as it was supposed to. The political will and geographic balance were the great absentees.

Related articles
MEP Auštrevičius - The EU and NATO: Finally on the same path

When it comes to the Common Security and Defence Policy, the outlook is even grimmer. The EU’s most substantial military operations in the Balkans and Africa continued to be conducted under the old regime, and progress on the CSDP actually stalled after the Lisbon Treaty. This was certainly not because the European neighbourhood became more stable and safe, quite the contrary; the EU has become surrounded by a ring of fire instead of a ring of friends. The CSDP proved useless in Georgia, Ukraine, Libya and Syria.

The numerous crises that the EU has suffered since 2008 have damaged the institutions and values that once lay at the core of the European project. Two institutions that always pushed for an ambitious and strong Europe, the Parliament and the Commission, have lacked sufficient support from the Council and its strongest members. Member states have effectively resorted to a re-nationalisation of European policies, like energy security and foreign policy. This fragmentation leads to the erosion of the solidarity between states and weakens the Union as a whole.

Fragmentation has had a twofold effect. It has first meant the creeping return of bilateralism to international relations, with diplomacy conducted by the high and mighty. Deals that privilege the chosen at the expense of the whole architecture of European security have been made. A prime example is the Minsk Agreement, where the EU chair remained empty and which failed to secure peace and restore Ukrainian borders. This arrangement was not negotiated by a legitimate European institution, but instead by the largest states substituting for EU institutions without any clear mandate to speak on behalf of the whole of Europe. A second example is Syria, where the EU has outsourced its own security, leaving the initiative first to the US, then to Russia. All of this brought disastrous effects, both in humanitarian terms locally and resulted in the present migration crisis, which has very visibly undermined the cohesion of the EU’s construction.

The second effect from this foreign policy fragmentation has been a decentralisation of efforts. Certain policy fields have been effectively subcontracted to a number of states or institutions, preventing ownership of the issue by the Union as a whole. For instance, the CSDP has been employed more or less as a tool for intervention in some EU member states’ former colonies, without offering any genuine defence for the Union as a whole – in the spirit of ‘security for all or not at all’.

The founding fathers of the European Union were not naive dreamers. They perfectly understood that, after the Second World War, the new geopolitical reality spelled the end of European preponderance. Divided, the squabbling states of the old continent weren’t any longer able to stand their ground against the world’s new great powers; and since then, the situation has only worsened. If Europeans want to shape the world according to their values and interests, they have to do it together.

Only a coherent and commonly-adopted foreign policy, executed in the spirit of mutual support and solidarity, can offer added value. The pursuit of national, bilateral foreign policies under the guise of a European name – without actually consulting all parties involved and ensuring the proper institutional set-up and geographical balance – does not yield results and risks us falling into irrelevance. Just as unhelpful is a regionalisation of foreign policy – subcontracting certain aspects of CFSP to the most interested parties, with only a tacit acknowledgment of the European Union as a whole. In both cases, external actors are perfectly aware of the weakness behind such a policy, which effectively relies on the modest resources available to its perpetrators. Only the Union acting together has the necessary influence to substantially alter the international reality – to be what scholars refer to “normative power” or “power projection” Europe.

Every success story of European foreign policy points to the unique transformational value it offers, which cannot be replicated by a combination of national diplomacies. Be it the enlargement, development or the neighbourhood policy – the European Union has stood as a model of international cooperation more than just the sum of its parts. The fragmentation of the European foreign policy is the fastest way to diminish the EU’s global standing and regional stability, without providing the benefits adherents of national power politics hope for.

----
Jacek Saryusz-Wolski is former Polish Minister for European Affairs and chair of the Foreign Affairs Committee in the European Parliament. He is Vice-President of the European Peoples Party

Republished with permission from Europe's World