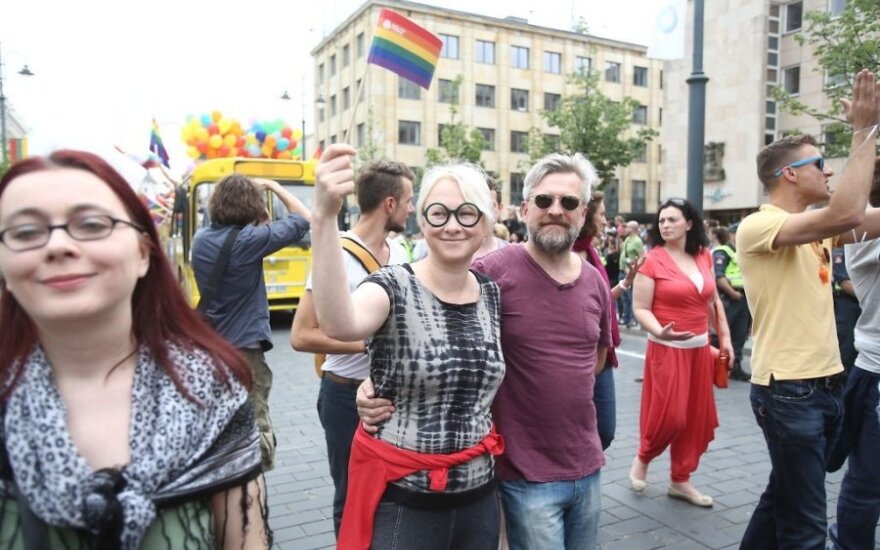 At the Baltic Pride in Vilnius
© DELFI / Kiril Čachovskij

Liberal MP Dalia Kuodytė, one of the authors of the bill, said the draft law was not aimed at undermining the importance of marriage but, instead, at giving free choice of the method to legalize a relationship.

"Hundreds and thousands of unmarried couples live together today – many of them cannot be defined in any other way than a family. Therefore, we have to respect their choice and ensure a fully-fledged life and fundamental rights that would be analogous to those enjoyed by married couples," the MP said in a press release.

The bill was supported by signatures of the elders of the Social Democratic and the Liberal Movement groups, Irena Šiaulienė and Eligijus Masiulis.

Under the bill, same-sex partnership would be registered at a notary's office between two adults who would also have to conclude a contract, stipulating how they would divide the property they purchase together, in case their relationship ends.

A poll carried out last November showed that 15 percent of the Lithuanian population support registration of same-sex partnership, while 79 percent were against. The RAIT pollster performed the survey of 1,000 respondents between ages of 15 and 74 for the Chamber of Notaries.

Vladimiras Simonko , the leader of the Lithuanian Gay League , on Tuesday welcomed the proposed law...