56 percent in Lithuania in favour of e-voting

BNS
aA
Fifty-six percent of people in Lithuania are in favour of online voting as an additional possibility to take part in elections, according to a survey for the Ministry of Justice. 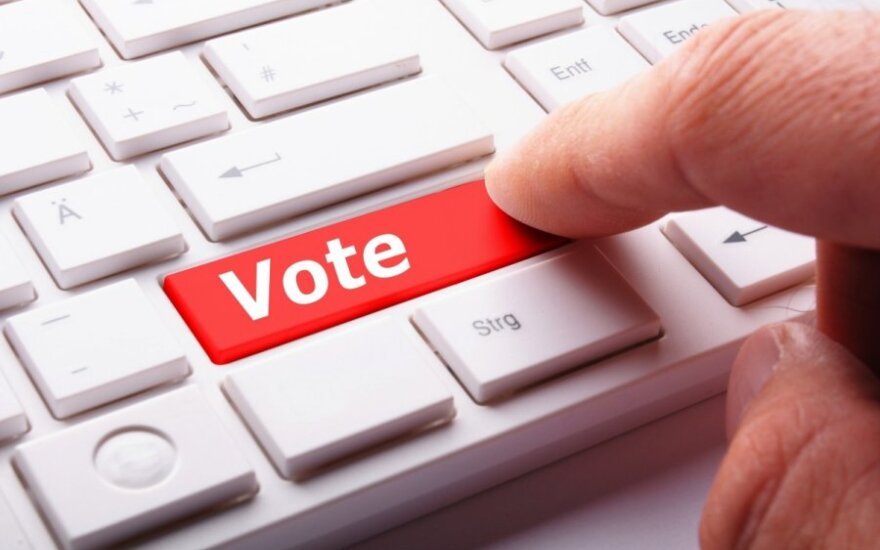 Thirty percent said they were against e-voting and others did not have an opinion.

The public opinion on the issue has not changed much over the recent years, says Rasa Ališauskienė, head of Baltijos Tyrimai pollster which carried out the poll.

"Around five years have passed since this initiative came out and the number has not changed," she told journalists in Vilnius on Tuesday.

According to Justice Minister Juozas Bernatonis, people voting for the Liberal Movement, the Social Democratic Party of Lithuania and the Labour Party are the biggest supporters of the legalization of e-voting. And supporters of the conservative Homeland Union – Lithuanian Christian Democrats, the Electoral Action of Poles in Lithuania and the Lithuanian Peasant and Greens Union least favour the initiative.

Critics are concerned about personal data protection, but Bernatonis calls such concerns "exaggerated".

The Lithuanian government plans to put amendments on the legalization of e-voting before the parliament as early as this summer. The parliament has at least twice voted down similar amendments before.

Baltijos Tyrimai polled 1,101 people over 18 in late May.