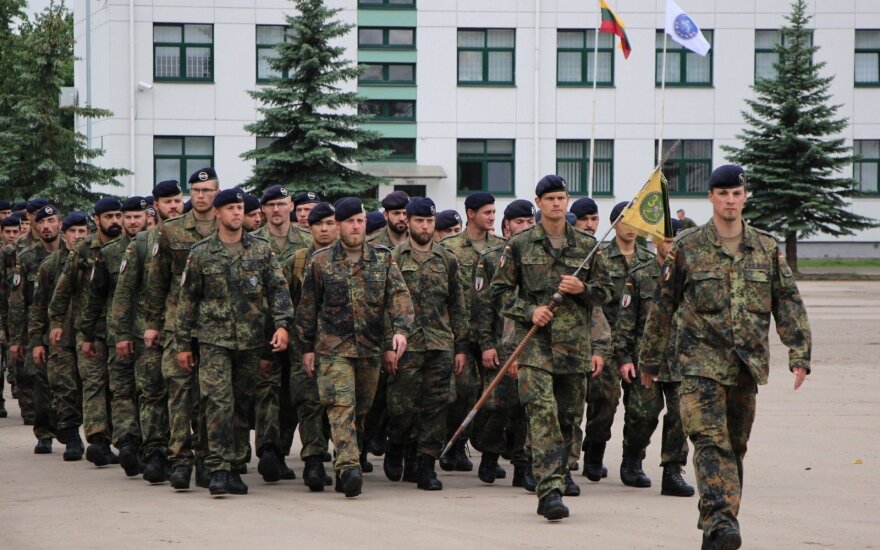 The Iron Wolf at Rukla
© KAM

The training will open on Nov. 20, bringing together Allied troops from 10 countries and Lithuania to plan and carry out defense and assault missions, as well drill marching, district takeover, combat support and other tasks.

The exercise will also improve interaction with NATO Allies and train skills of conducting various operations in inhabited areas, the ministry said.

"In the future, the Armed Forces may face challenges it is not yet familiar with, therefore, the capacity to quickly adapt to a new situation is vital and should be trained in troops and staffs. Fast and efficient response of all units in a territory to threats of conventional war is one of the key tasks for the training," Brigadier General Valdemaras Rupšys, commander of Lithuania's Land Forces, said in the press release.

Iron Sword 2016 will asses the combat readiness of Lithuanian infantry brigades Žemaitija and Iron Wolf along with assigned units. An infantry battalion consisting of reserve troops will also take part in the exercise.

Lithuania plans to spend over 100 million euros on Norwegian and US air defense systems NASAMS .

The Lithuanian Armed Forces are starting an exercise of reconnaissance units on Monday involving...

'Canada is a small army, but everyone likes to work with us' - Major Beauchamp

While NATO is often thought of as synonymous with the United States , other countries, like Canada...