BNS
aA
Thirty-three members of the opposition at the Lithuanian parliament, Seimas, have signed an interpellation against National Defence Minister Juozas Olekas. 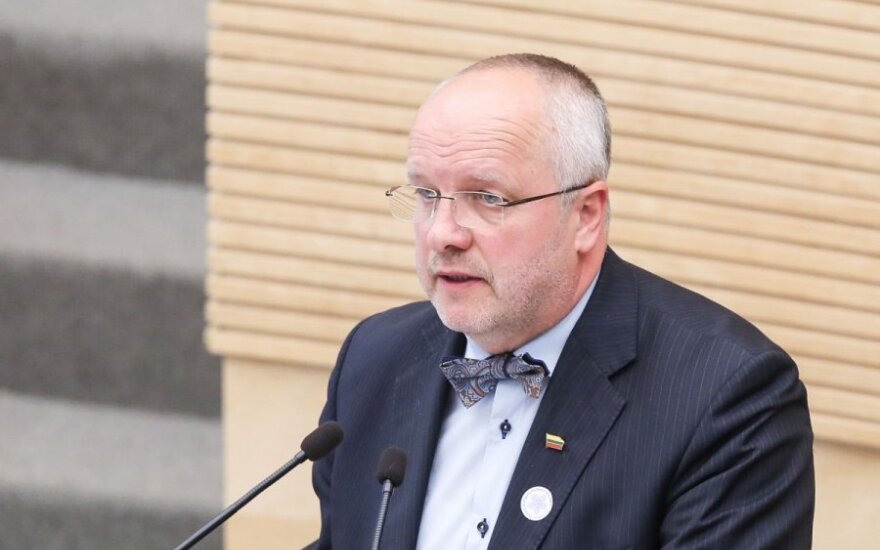 Speaking to BNS on Tuesday morning, Olekas refused to comment, saying that he had not seen the interpellation text.

The initiators of the interpellation say the minister failed to properly respond to the recent An-2 aircraft crash in the Baltic Sea. The minister "did not interrupt his weekend rest, did not return to work" and also "failed to use the full potential of the existing system to have proper communication with the media in such cases as well as with the shocked relatives".

Under the Statute of the Seimas, upon receipt of an interpellation, a member of the government must within two weeks submit a written response to the speaker of the Seimas, which is later debated by the Seimas. The following day, parliament must pass a resolution, either accepting or rejecting the minister's explanations.

In the case that the minister's response is recognised as inadequate and no-confidence in the individual minister is declared in a draft resolution of the Seimas, the draft may be adopted by a majority vote.

If such resolution is adopted, the minister must resign.