BNS
aA
A shipment of 320 kilos of drugs has been seized during an international operation in Lithuania's second-largest city of Kaunas and Latvia, Lithuania's Customs Criminal Service reported on Wednesday. 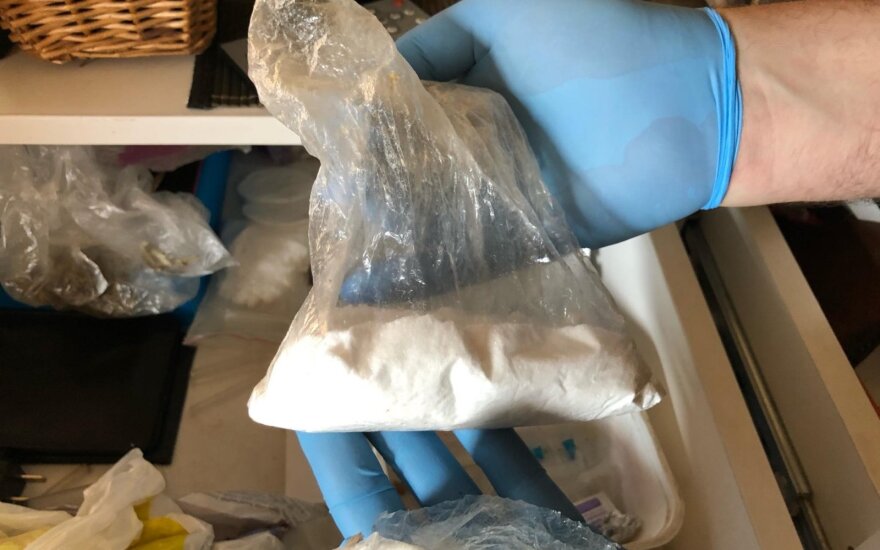 Two people suspected of drug trafficking were detained during the Europol-coordinated international operation, as well as the drug shipment, guns and almost 500,000 euros.

The operation was launched early Sunday morning the Daugavpils area of Latvia when Lithuanian customs criminalists and police officers from Latvia's drug control unit detained a MAN truck driven by a Belarusian citizen.

320 kilos (around 759,000 items) of pills of various colors were found inside among other goods, believed to be ecstasy.

The shipment is valued at round 2.7 million euros.

Officers say drug traffickers have been avoiding crossing Lithuania's territory for the past years. The detained truck was heading to Russia from the Netherlands and arrived in Latvia's Liepaja port by ferry from Germany.

Almost at the same time in Kaunas, another group of customs criminalists, in cooperation with officers from the Lithuanian police anti-terrorist operations unit ARAS detained a Kaunas resident without any previous criminal records, suspected of having organized a drug smuggling group.

The successfully completed operation is related to the pre-trial investigation launched in 2014 after a hashish shipment of more than 300 kilos was seized by officers from the Customs Criminal Service on the Lithuanian-Polish border.

Some 300,000 packs of ranitidine-containing drugs removed from market

About 300,000 packs of ranitidine-containing drugs have been withdrawn from the Lithuanian market,...

A Vilnius court on Friday started hearing a case of several oreigners who produced drugs in Latvia...

Traders in precious metals in Lithuania are suspected of illicit million-worth asset legalization...

The volumes of smuggled cigarettes detained in Lithuania almost tripled in the first quarter of this...