BNS EN
aA
Amid proposals from some branches of the Lithuanian Social Democratic Party to withdraw from the ruling coalition, three former leaders – ex-PMs Algirdas Butkevičius and Gediminas Kirkilas, as well as former parliamentary speaker Česlovas Juršėnas – insist that the party should stay in the bloc. 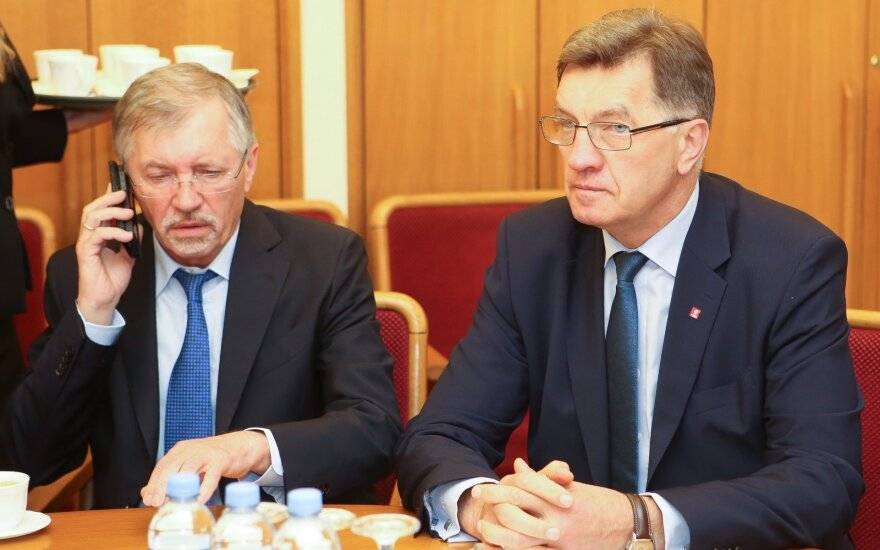 "I can understand the disappointment of the party's members in the election results, however, the coalition with the Farmers and Greens Union has enabled us, although in a complicated way, to seek our objectives of social justice, which were envisaged in the government's program and keep the domination of center-left forces against the right wing," they said in an open letter.

At the same time, they said that the discussion within the party about being in the coalition "is prevailed by emotional statement of opinions without specific argumentation" and lacks analysis on "the selected radical solution's impact on the political situation in Lithuania, the future vision and strategy" of the party.

In their words, the Social Democratic Party's coalition with LFGU is a commitment to Lithuania, therefore, the party should avoid erratic actions that could lead to political, economic and social instability.

The Social Democrats, the smaller partner in the ruling coalition, started talking about their future in the bloc after LFGU signed a deal with the opposition conservatives on reforms of the forestry sector. The party turned to its branches for a position, which has already been submitted by 12 branches: nine were in support of withdrawal, the Jonava branch headed by Economy Minister Mindaugas Sinkevičius wants the party to stay in the coalition, while two more branches propose revision of the coalition agreement. The majority of the party's political group want to stay in the coalition.

The Social Democratic Party's leader Gintautas Paluckas pledged to announce the party's decision after Sept. 20, with the decision then made by the party's council.

Lithuania's ruling coalition is working in a stable and consistent manner, Parliamentary Speaker...