2% GDP for defence 'not the limit' - Lithuanian defence minister 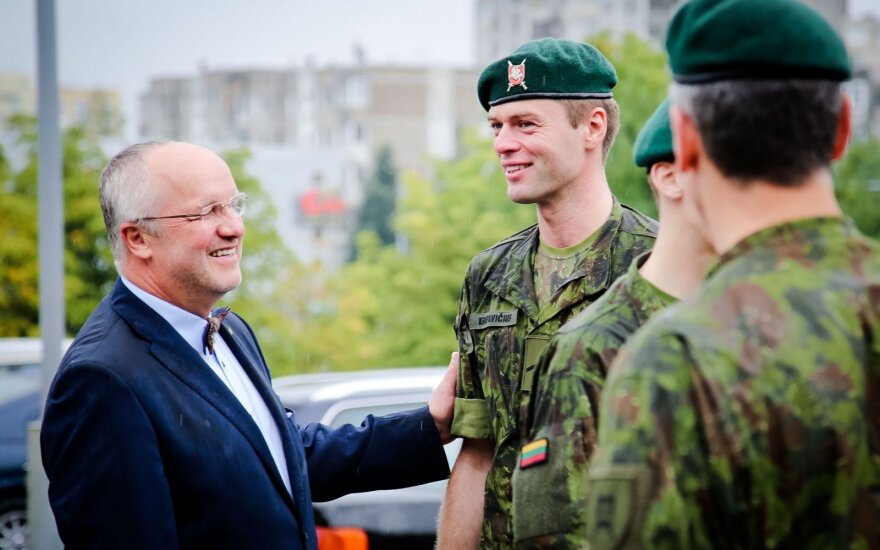 Reacting to Russian activities in Eastern Ukraine and the constant escalation of military activity in the Baltic Sea region, Lithuania has joined the top 10 of NATO states best funding their defence, reaching the ninth position which is a climb of ten positions compared to last year.

Last week, Lithuania signed a deal with Germany for the largest military purchase since gaining independence at a value of €386 million. The first four Boxer armoured fighting vehicles included in the purchase will reach Lithuania at the end of next year, with the order expected to be completed by 2021. This is just one of a number of recent acquisitions resulting from increased defence spending.

The purchases have not been limited to just the batch of AFVs. The Lithuanian military has recently acquired German self-propelled howitzers and evacuation vehicles, Javelin rocket systems from the United States, the Polish GROM anti-air defence systems and a variety of other more contemporary modern equipment. Next year, the state military budget will rise to €725 million which will amount to 1.8% GDP with goals of reaching 2% by 2018 to fulfil NATO expectations.

Juozas Olekas, the Minister of National Defence, is convinced that the 2% should not be the limit. “If it were up to me, I would of course raise funding for the area I am responsible for and I believe I would be justified in doing so,” he said in an LRT broadcast Aktualus Interviu.

Experts appear to agree with such a stance, highlighting that Lithuania is capable of supporting up to 3% GDP defence spending, stressing that the deterrent factor of preparations and funding could very well ensure increased security.