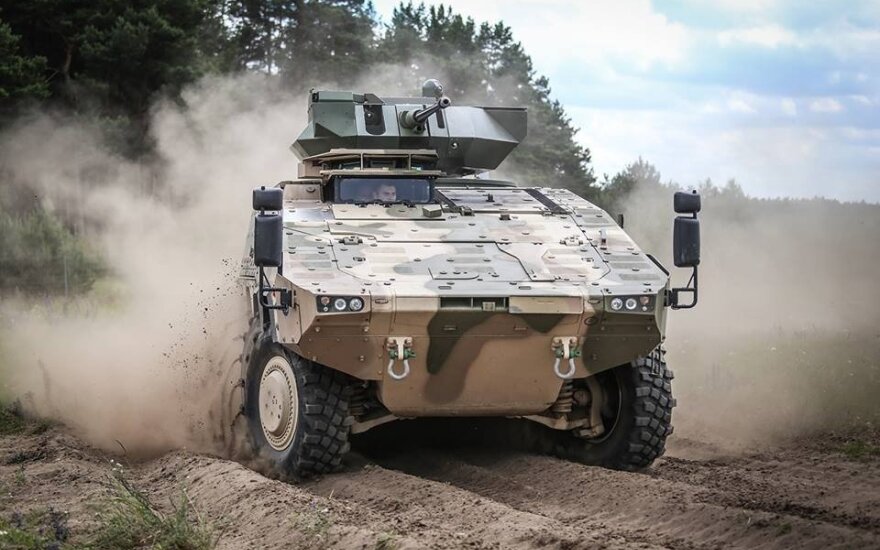 The two vehicles are intended for training and do not feature the turret, unlike the majority of the 88 vehicles purchased last year.

"We can confirm that two training versions of the infantry fighting vehicles have been delivered to Lithuania," Captain Marius Varna of the Defence Ministry told BNS.

Signed in August of 2016, the contract on acquisition of 88 Boxers from Germany is estimated at 386 million euros. The vehicles are made by Germany's ARTEC consortium, while the 30 mm turrets will be manufactured by Israeli company Rafael.

Lithuania's Defence Ministry has said that the Armed Forces did not know how much of the money would go to Germany's ARTEC consortium and how much will end up with Israel's Rafael.

"We do not know how much of the sum would go to Germany and how much to Rafael. We only have one supplier, and we are buying the final assembled product from them, and it is up to them how they agree with the other party," Vita Ramanauskaitė, spokeswoman for the defence minister, told BNS.

The next batch of Boxers should reach Lithuania in 2019, with all of the vehicles to be delivered by 2021.

The vehicles will be used to equip two of the Lithuanian army's battalions in Rukla and Alytus.

Lithuania has closed a deal with the Israeli weapon company “Rafael” and will get new-generation...

'There is a political aspect' to purchasing €386m Boxers from Germany

Lithuania's defence minister, who signed a €386-million deal with a German company on purchasing 88...