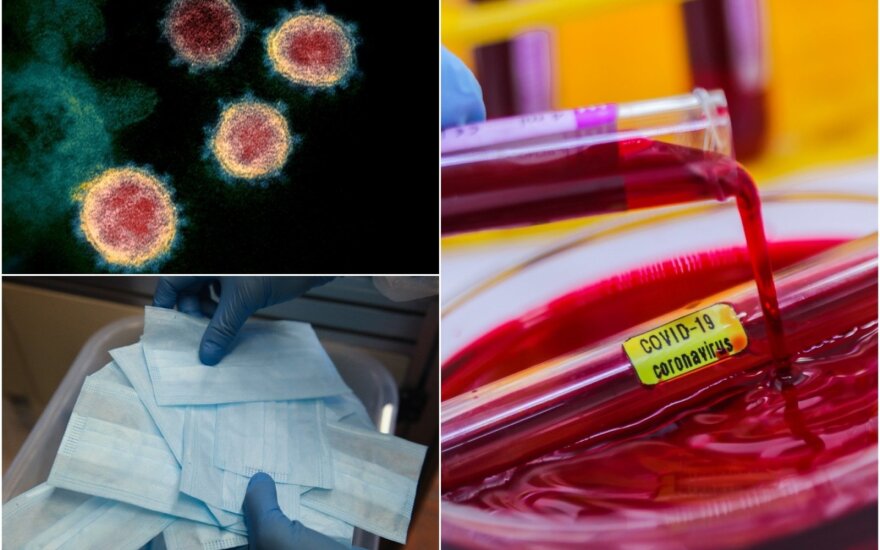 Following tests, the new virus was diagnosed to a female patient who returned from Verona, Italy on Feb 24.

The patient is now isolated in a hospital in Siauliai northern Lithuania, having special infrastructure to treat such cases.

"The patient is reported to have developed mild symptoms, she has no fever at the moment and is undergoing necessary treatment. The woman was constantly monitored ever since her return to Lithuania, alongside other travelers returning from affected zones," the ministry said.

According to the ministry, the patient's three family members are monitored in the hospital, their health is monitored but they have not developed the COVID-19 virus' symptoms.

The woman had contact with her colleagues when she attended a conference in Italy. And she flew back to Lithuania via Kaunas. All people who had close contact with the woman are being closely monitored but they have not developed any symptoms yet.

According to the prime minister's adviser, the woman was taken to the Siauliai hospital as she resides in Siauliai and she was monitored ever since her return to Lithuania and she self-isolated at home.

The woman was diagnosed with the new coronavirus at 1 a.m. on Friday.

The State Emergency Commission is holding a meeting on Friday morning, and more information will be provided at a press conference at the Siauliai hospital at 9 a.m.

All in all, 67 tests for suspected coronavirus had been carried out in Lithuania by Friday.