(1)
BNS
aA
About 150 signatories from Lithuania, Latvia and Estonia have asked US President Barack Obama to ensure permanent presence of Allies in the territory of the Baltic states. 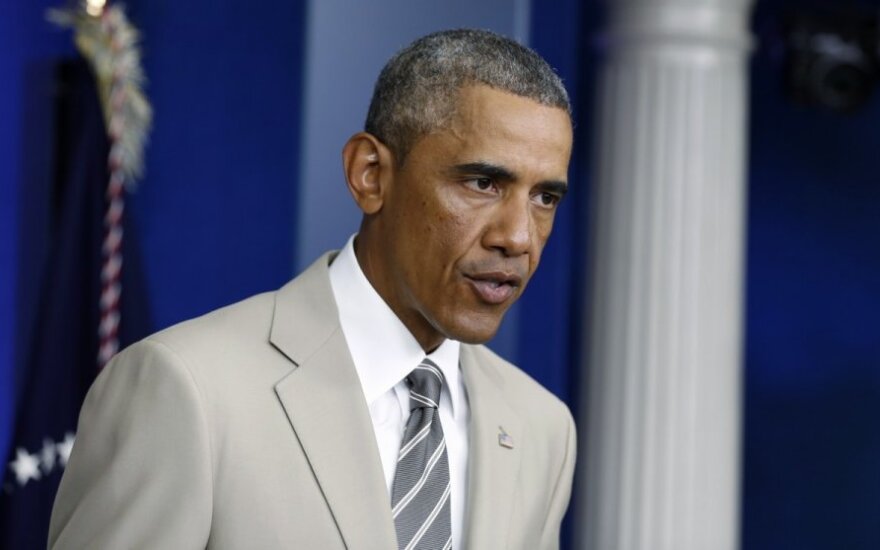 "In the face of the possible aggression, we are turning to you with a request to ensure permanent military presence of Allies in the territory of our countries. Security and freedom of all of Europe will depend on this," reads the letter published by the signatories on Monday.

According to the document, part of Ukraine's territory has been occupied, the country's armed forces are under attack and peaceful civilians are being murdered.

"All this is only because Ukraine stated its right to take the path the Baltic states took when they chose the Baltic Way, and the world is observing, as Russia breaches international treaties. This conflict includes all of us, as the Russian aggression in Ukraine reaches beyond just Ukraine," say the politicians who declared the independence of Lithuania, Latvia and Estonia.

In their words, the Russian aggression is aimed at recovering the former Soviet territories and influences: "Russia jeopardizes security and well-being in the whole of Europe. Today Ukraine is fighting not only for the integrity of its country but also for the freedom and immunity of borders of all Europe. In this struggle, the world has to act in a resolute manner."

"Mr. president, we believe that in this crucial time you will continue your accentuated unambiguous position to defend the vision of free Europe, while we will avoid the sad perspective of a war-torn Europe. The Baltic states, which liberated from the Soviet rule 25 years ago, are on the front line of today's struggle for Europe's future. Kremlin's open neoimperialism frightens us that we may become a potential object of Russia's expansion," they said in the letter.

Later this week, the US president will visit Tallinn and meet with the three presidents of the Baltic states.