(1)
George East | the Lithuania Tribune
aA
On Thursday, May 21, in Vilnius, a sculpture entitled Suomis (the Finn) will be unveiled to commemorate 24 years of Finno-Lithuanian co-operation and the common history between the two countries. 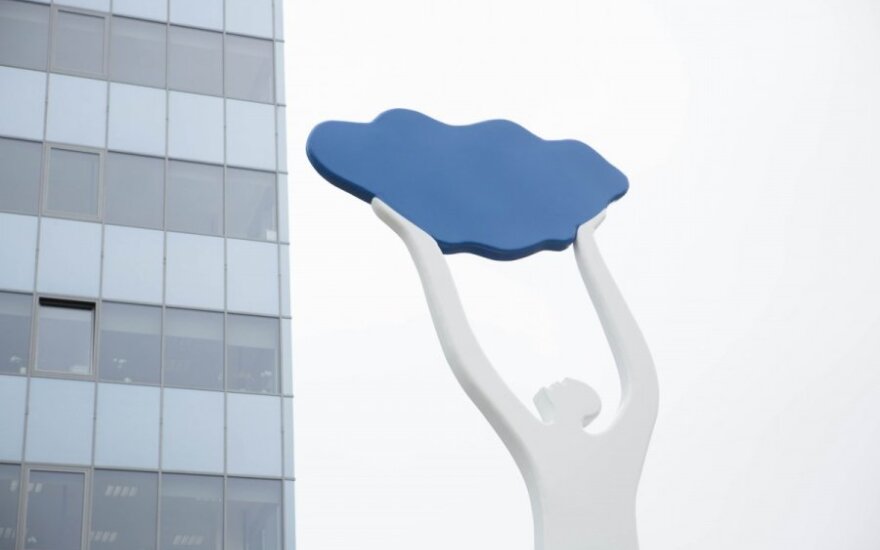 Located on Viršuliškių Street in the south of the Lithuanian capital, the Suomis sculpture is a collaborative project between several Finnish businesses operating in Lithuania and the Finnish embassy.

Suomis is a 10-metre high white steel sculpture holding a blue cloud, which reflects Lithuania’s former desire of becoming a fully independent country from the Soviet Union in 1990. It also demonstrates the country’s continual push to become a fully-fledged democratic and Western nation.

The white and blue colours of the monument represent both the Finnish flag, as well as Finland’s financial and collaborative support in assisting Lithuania toward its goals.

It was designed and constructed by renowned Lithuanian architect Gintaras Čaikauskas and sculptor Tadas Gutauskas.

Čaikauskas in particular has a special link with Finland. He began his career as an intern in Finland during the Perestroika period of the late Soviet Union.

On May 20, before the unveiling, Gutauskas told a group of delegates his personal feelings on how Finland would be represented through the monument, and made clear Finland’s support to Lithuania since 1991.

He also pointed to the shared history between the two nations.

“My idea was about this white giant who came to us from the north with big shoes and searching for a cloud in the sky,” said Gutauskas.

“He was searching for his dream or vision which was impossible to hold in his hands.

“In Lithuania, we have 160 Finnish companies, which have really helped us a lot in the fields of construction, I.T., new technologies and ecology.

“Finland is a nice small and friendly country and I think we have much more in common with each other than we realise.”

While Finland is not a NATO member state like Lithuania, both countries are partners in the EU and the Nordic Alliance.