BNS
aA
The new helicopter Eurocopter AS365N3+ Dauphin of the Lithuanian Air Force landed at the Šiauliai airbase on Tuesday, the Ministry of National Defence said. 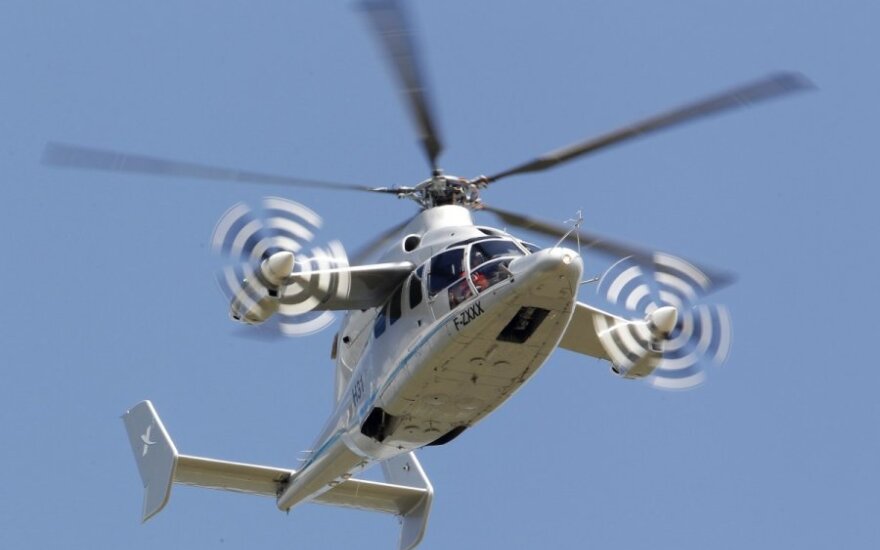 It is the first of the three search-and-rescue helicopters contracted for by the Lithuanian Armed Forces together with the Ministry of Environment from European Union (EU) funds.

According to the press release, Europcopter is planned to deliver and hand over the second and the third helicopters to the Lithuanian Armed Forces by the end of the year.

"We are retiring dated Russian-manufactured helicopters and continue to fit up our armed forces with western equipment. It matters to us that our pilots will fly more up-to-date, new and more efficient aircraft," Defence Minister Juozas Olekas said.

As laid out in the arrangement of cooperation with the Ministry of Environment, the Lithuanian Armed Forces is committed to using at least 75 flight hours for environmental observation and control annually. The AS365 Dauphin will complete environmental monitoring and control from the air tasks and search and rescue missions: search for people lost at sea, extinguish fires, transport patients or organs for transplantation, support state and municipal institutions in emergencies.

The procurement contract was signed between the Lithuanian Armed Forces and Eurocopter in October of 2013. The total value of the contract amounts to roughly 52 million euros.

The new helicopters will replace the Russian-made Mi-8 helicopters that are currently used for search-and-rescue purposes but are about to go out of date.