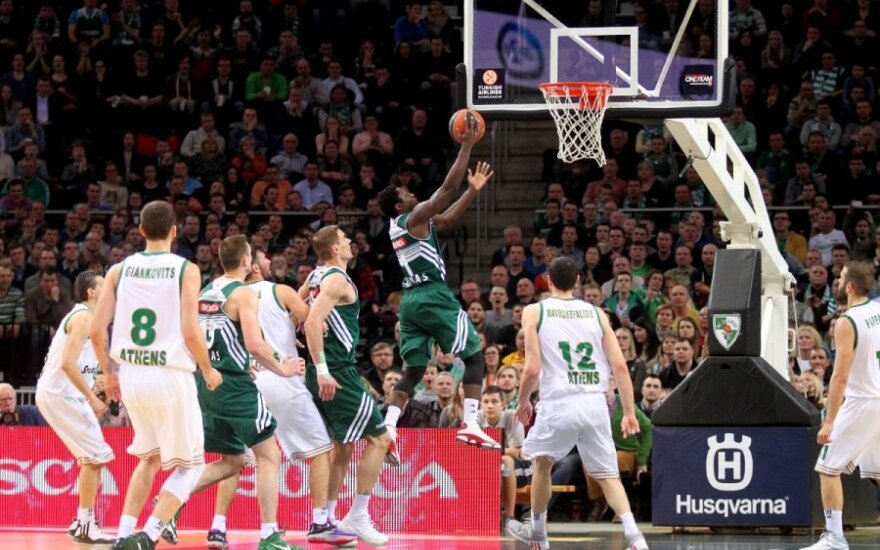 With this latest victory, Žalgiris improved its win-loss statistics for 4-6 and took the fifth place in Top 16 Group E, one spot behind the position that leads to the next stage, while Panathinaikos remains in the fourth position with five victories and five losses.

Žalgiris had a 14-point lead early in the third quarter, but Greek Nikos Pappas led Panathinaikos all the way back with great performance. During the fourth quarter, the score was tied on three occasions while Pappas gave his team a slim lead, but Lithuanian Artūras Milaknis scored several three points and gave his team a 70-66 lead three minutes left to play. The Lithuanian champions managed to keep their lead to the end and secure victory.

Will Cherry was the leader among Žalgiris players with 18 points, Paulius Jankūnas added 14, James Anderson added 13 and Artūras Milaknis scored 12.

Nikos Pappas paced Panathinaikos by 21 points, Vlantimir Giankovits added 11 while Esteban Batista gave 10 of his own.

The next match is going to be crucial for Žalgiris, but also for their opponents, Maccabi Tel Aviv that lost the second place in the group after misfiring in Barcelona 89-71 to the home team.

Žalgiris will hope to capitalize the pressure of the Israeli club and to gain a victory that will give to the Lithuanians an opportunity to qualify for the quarterfinals in the Euroleague, something they have not done for 16 years, since the 1998-1999 season, when they managed to win their first and only Euroleague title.