the Lithuania Tribune, DELFI
aA
The windy and rainy April is just the beginning of the cold spell in Lithuania that is to continue into May, say meteorologists forecasting below-average temperatures. 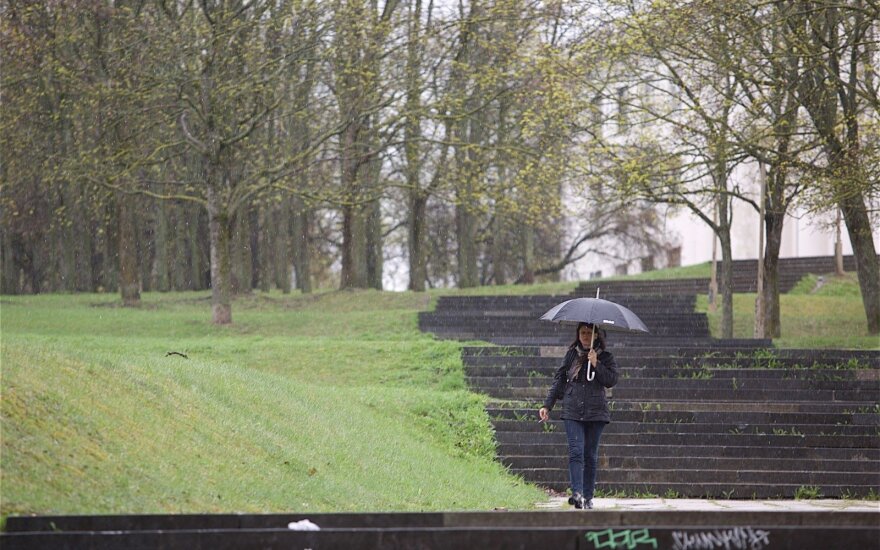 The last month of spring this year will definitely be colder than normal and characterised by unpredictable weather changes, according to climatologist Donatas Valiukas.

He also notes that April’s weather only seems cooler than usual due to the warm weeks at the start of the month.

Average temperatures in May usually fall between +11 and +12 degrees centigrade, even though wide swings are not unusual.

Valiukas also says that wide differences between temperatures during day and night are also likely in May.

Even though May is expected to be cooler than average by half a degree, the summer will not bring any big abnormalities: average temperatures in June usually stay between 14.5°C and 16°C, 17°C-18.5°C is characteristic of July and 16°C-18.5°C in August.

Valiukas also says that temperature swings from cold to hot are possible in summer months, too.

“Warm weather reaches the country in the middle of May and a cooler and rainier period is observed until Saint John‘s eve on June 23. The real summer often begins at the end of June, as the month itself isn’t very summer-like,” Kęstutis Petkevičius, director of gismeteo.lt, says.

Gismeteo, a weather forecast website, predicts a cool and wet start of May, with warmer and sunnier periods in the middle and a return of cold, rainy days at the end of the month.

Records of previous years show that the month is often characterized by sharp contrasts, warmer periods dotted by cold spells. Nights are usually much colder than days, too.

Petkevičius warns, however, that long-term weather forecasts can be unreliable, so predictions of weather in May and June can change.