Rory Kelleher, the Lithuania Tribune
aA
Domantas Sabonis, son of Lithuanian NBA legend Arvydas, has indicated a clear preference for the NBA teams that he wants to play for ahead of the upcoming NBA draft on June 23. 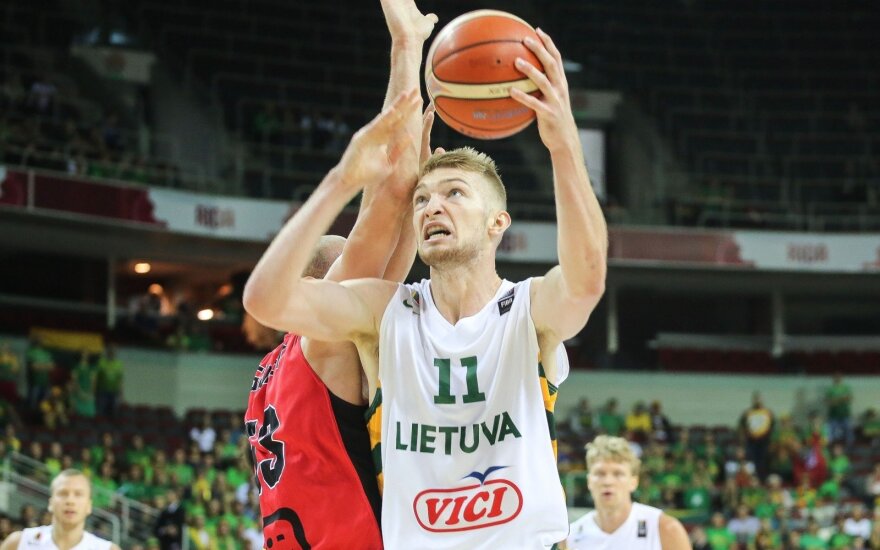 Sabonis Jr has indicated a clear preference for his future employers, saying he would work out with just four teams - the Toronto Raptors, the Boston Celtics, Utah Jazz and Phoenix Suns – ahead of the draft.

Heading to the Raptors would of course see him team up with Jonas Valunciunas, the Lithuanian NBA star who was a big part of the Raptors drive to the Eastern Conference finals.

Whatever Sabonis’ preferences, US media are reporting that Sabonis could end up anywhere in the draft, with mock drafts placing him anywhere from number 8 to number 20.

“Few players in the draft have the relentless energy and the drive that Sabonis has, and that is why he is potentially going as high as No. 9,” writes Peter Woodburn at SB Nation.

“Sabonis has been commonly linked to the Toronto Raptors, who have a huge gap at power forward. As easily as it is to see Sabonis going somewhere there, he has just enough detriments to see him slide down in the first round. Some GM will take a liking to Sabonis on Draft Day, and he will have a big opportunity to be an impact player in the NBA in his rookie year,” writes Woodburn.

The Celtics also loom large in Sabonis potential destinations and are one of his father’s favourite teams.

“Oh, he’s a big (Celtics) fan,” Domantas said of his dad to the Boston Herald. “His favourite player was Larry Bird. His favourite color is green, so he loves it even more. Just everything about the team — the tradition, the winning, everything.”

And Sabonis Jr isn’t taking anything for granted ahead of June 23: “I think I have to improve everything overall,” Sabonis Jr told the Boston Herald. “I need to be better in everything. But if I could bring something now, it would be energy, rebounding, helping my teammates. I think I can find my open teammates, facilitate, rebound, bring energy, play in the post.”

But US media still see him as one of the rookie’s most likely to prosper in the NBA, with Ryan Doyle at the Orlanda Magic Daily saying “he is one of the most NBA-ready prospects entering the 2016 draft and he looks to add to his already impressive basketball resume”.