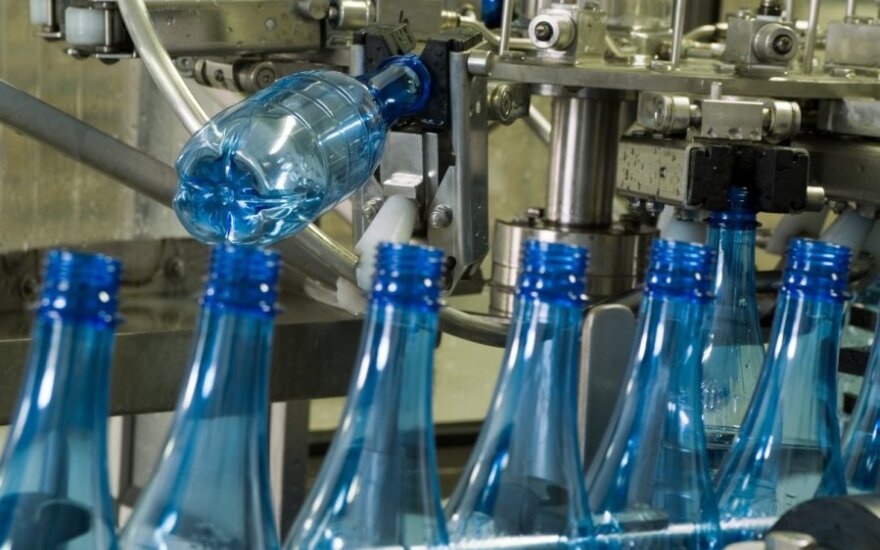 - You work a lot on the idea of the packaging deposit system. In Europe, we already have 10 countries that have already implemented it. Who do you think is responsible for introducing the deposit system - government, business or communities?

Related articles
Following the path of Lithuania: getting rid of litter in nature  (1)
Foreign countries surprised by Lithuanian success in this field

- The short answer would be that it is the responsibility of everybody. At the same time, two key stakeholders carry the biggest responsibility in terms of moving from the linear economy to the circular.

The first thing that people have to understand is that in the linear economy you have different stakeholders that come along in the chain: from material producers, manufacturers, producers, and brand owners to consumers and waste management companies. The reason why this line does not close in a circle is that in the linear economy everything is based on the relationship that exists only between two players, for example, a manufacturer works only with a brand owner and there is no other communication between other stakeholders.

If you want a material to circulate into the economy you have to have all players in a particular circle. All players need to share information and requirements and follow them so that the circle can be closed.

Therefore, we have to find a way to ensure that communication is flowing between stakeholders. Nevertheless, we also need to assign the ultimate responsibility to one player. And usually, it goes to brand owners. Why? Because it is proved that they are the most powerful stakeholders in a chain and they dictate how things are going to go. To some degree, they can tell retailers how everything needs to be done, packaging producers how the packaging needs to be done. So it is their responsibility to make sure that packaging can be collecting properly after using it. 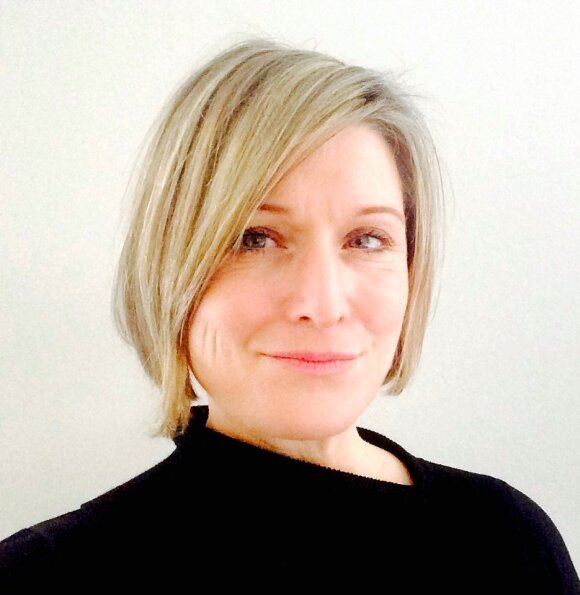 The second big responsibility that is usually under-stressed is carried by governments. They have the responsibility to set a performance target and to ensure over-sighting, monitoring, and collection of data. This is a part where, sadly, the circular economy has broken down in the past.

Despite that, at the moment we are at the position where very important amendments were made at the European Union (EU) level for the circular economy. I am talking about packaging, single-use plastic directives. All this legislation offers the member states to pass the requirements to national law. And this allows governments to ensure that brand owners are responsible legally for used packaging. At the same time, governments need to set up entities to ensure proper oversight, evaluation, monitoring, and data collection. That is very important for the circular economy because it provides a guarantee to some degree for companies for low-risk investments that plan to join the circular economy.

- Why countries cannot make that by themselves? Why there is a need for EU legislation?

- The politics of each country are very different. Countries, like Germany and France, are ambitious with their legislation at a national level.

However, on the other side, we also have some countries that are not progressive in this field, for example, some Eastern European countries. So we need the EU to set the base standards such as the target to collect 90 percent of recycling plastic beverage bottles.

We cannot rely only on member states. What is coming out of the Eu is going to force all country that has not yet sorted out properly this issue. The next two year is gonna be a very interesting time for those member sate.

- As mentioned before, only a little part of Europe is already using the deposit system. Why do you think this process goes so slowly?

Dominantly the reason is the private sector that does not want to see the introduction of deposits. Firstly, retailers do not want to collect containers in their stores or parking lots. Furthermore, brand donors in most member states of the EU pay only a fraction of the total cost associated with their waste management burden. So it is cheaper not to have the deposit system. Moreover, there are already existing waste sorting centres that have been operating for many years and they do not want to lose material. 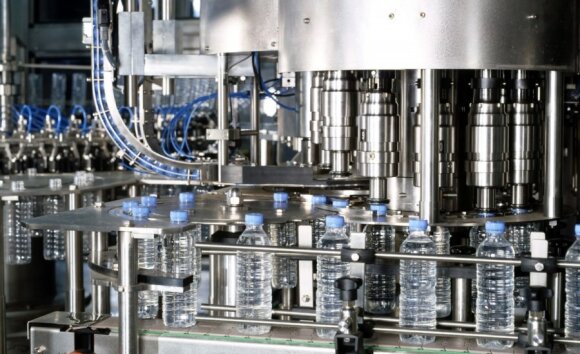 So I have just given three stakeholder groups that have historically worked together to fight against the deposit return system and instead of that, they keep promoting the existing green stalls system. This is the reason why we do not have the deposit system in France, in the UK, in Italy, in Spain or Latvia.

Despite that, things are changing because now we have a 90 percent target of collecting plastic beverage bottles. Now suddenly producers are understanding that they will not reach that target unless they have a deposit system. Also, retailers are getting a lot of other pressure to be part of the solution, to reduce the amount of single-use plastic in their stores.

And even the waste management sector is finally discovering that if they work with governments and they introduce the deposit system they can reach the optimised household waste collection system.

As we see these three stakeholders are changing their position and the giant wall of the opposition is cracking now.

I have been working on this issue for 25 years in my career and I have seen more movement from the opposition to a position in one year than in all my career. This is an interesting and exciting time and governments should take notice of that because they will have a fairly easy time to use this opportunity to pass good progressive legislation.

- But the deposit system is only one of the solutions for waste management. Do you think it is the best way to handle used beverage bottles?

- The evidence that we have been able to gather on that has said to us so far that no country on earth is able to collect anywhere near the amount and the quality of material through recycling and reuse like any other program. Deposit return systems have been proven to be by far the most effective method of collecting high quantity and quality material.

One could say what about this or that country where they record to have fairly high rates but if you dig a little bit deeper you will see that these numbers usually are the collection rate, not the recycling rate. The difference between collection and recycling for some materials is quite large.

- Recently we heard a lot of stories about how South Asian countries are sending back used plastic to the Western world because they do not want foreign waste in their countries anymore. When we talk about the deposit system usually we mention collecting and talk less about what happens with collected material after. Is this system a part of what was happening with southeast Asian countries?

- The way the deposit system is structured lets to have a very clean material output. Materials are collected in such a clean way that they are never sent to China. Many regional markets would love that material.

The deposit systems let us ensure that we do not depend on oversee markets and the quality of the material ensures that we can invest more in local recycling facilities. 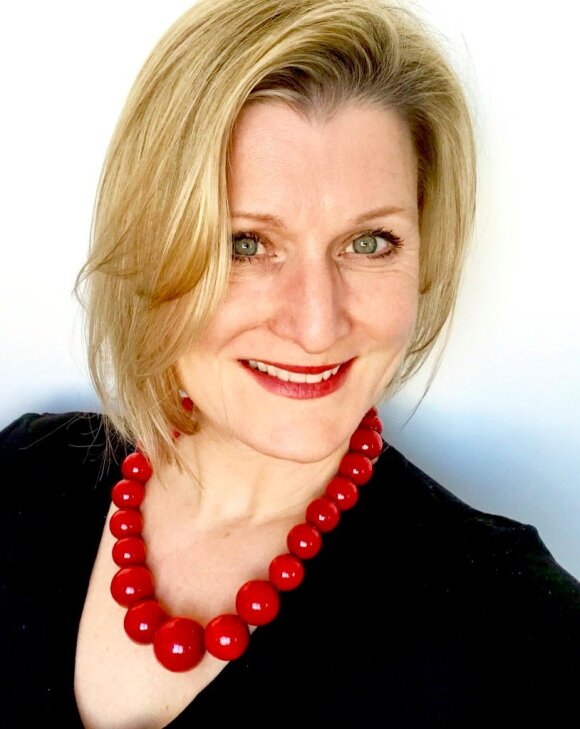 This is another reason why beverage producers want the deposit system now in many countries. They can rely on quality material.

- Nothing is perfect. What are the flaws of deposit systems in Europe?

- There are many things on a list. For example, some deposit systems have too low deposit, some programs do not cover enough material. For instance, in the Netherlands, only big plastic bottles are covered by the deposit system. In some countries, there are not enough collecting points, so it is hard for consumers to get their money back. In some cases, like in Germany, the retailer owns the material so the producers are in a situation where it is more difficult for them to get the material back.

So several things should definitely be fixed.

- Regarding the environment, the EU is seen as a leader. Do you think the rest of the world will follow the European example of the deposit system?

- I do and I can tell you that as a Canadian I was very happy to hear our prime minister announcing that Canada is going to follow the parts of the single-use directive of the EU.

I also know that other governments are looking at the EU as a model in this field and I do think that the EU is leading the world.

I believe that in South East Asia there will be a big push for beverage producers to start talking about the deposit system because they starting to understand that the biggest ocean pollution part is from their packaging.

- Lithuania has introduced the deposit system quite recently. How do think the country is doing so far?

- Probably Lithuania is one of the best examples in the world and I see several reasons for that. You were lucky that you already could see examples of other countries. Also, you were very lucky that retailers worked with the beverage sector to have this system.

I think the deposit is on an ultimate level, the automatisation is excellent and convenient. Moreover, the system is transparent.

I would tell that today Lithuania serves as the most visited country with the deposit system in terms of international delegations.

Following the path of Lithuania: getting rid of litter in nature (1)