Where are Lithuanians going to watch UEFA Euro 2016?

the Lithuania Tribune, LRT
aA
Although Lithuania is a basketball country, sports fans are getting ready for one of the highlights of the summer, the UEFA Euro 2016 championship. Restaurants and bars in Lithuania's main cities are setting up TVs, hoping to attract football crowds to watch the game there. 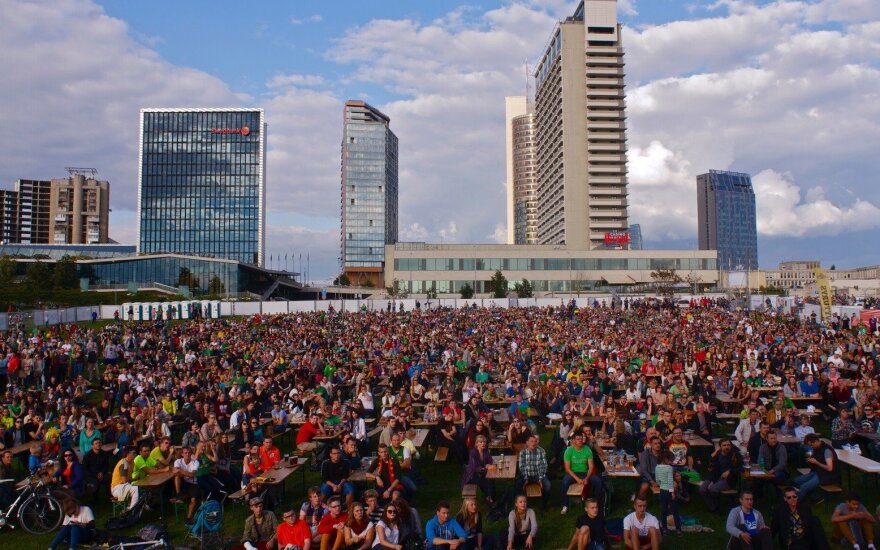 The biggest TV screen in Vilnius has been installed in the field by the White Bridge. It will broadcast each game of the tournament.

Bars in Vilnius are also preparing for the football championship. Saulius Galdikas, who runs Piano Man and Gringo, popular night spots in central Vilnius, says he hopes the tournament will help the business.

"For most bars that do not have outdoor terraces summer is a slow season. So any event like the championship is a good way to attract people. You don't even need anything special - just installing TV sets," the businessman tells LRT.

Still, he has decorated the bars with football paraphernalia.

"We have details linked to the championship: lists of teams, groupings, times, the flowchart of matches. We will be writing down the results after each game. We think that this helps create a festive atmosphere for people," Galdikas says.

Football fans are different from those of basketball, he believes.

"We cannot compare ourselves to the bars in England. They are packed during football championships. Lithuania does not play in them, so the situation is different here. Some might be surprised, but football fans are different from basketball fans: basketball interests Lithuanians only when the Lithuanian team is playing. Games of other teams are of little interest.

"But when it comes to football, there is more chance that people will come for whatever game, even people who had not planned to go out. If, say, co-workers decide to watch the game together, they all go to a bar," Galdikas says.

He himself will be rooting for England's team. "They never win anything, but I hope that maybe they will succeed for once," he adds.

Ąžuolas Gaižutis says his café Skliautas in central Kaunas is installing a fan area in a courtyard outside the establishment.

"We will have a huge TV set in the courtyard as well as a big screen to project games after dark," he tells LRT.

Although Skliautas is adjacent to Kaunas' central Town Hall Square, Gaižutis says he is not planning to move his screens there. "Perhaps for the final game."

He says that there is much less interest in the European championship than in the 2014 FIFA World Cup.

"Perhaps Lithuanians will be more interested during the quarter-finals, semi-finals and the final match. In general, though, I do not expect huge interest. The older generation, who were more interested, either moved on to other hobbies or are watching the games in other countries," Gaižutis says.