(1)
DELFI EN
aA
Air pollution remains one of the most serious issues facing the world today, even though air quality has improved a lot due to recent pandemic restrictions. It is common for us to think about outdoor air pollution, but indoor air quality – office, home, or education institution – is equally important. Students, who came from Georgia to study at Vilnius Gediminas Technical University (VGTU), tried to solve this problem by designing a multifunctional device that resembles a waterfall to purify air within large public premises. 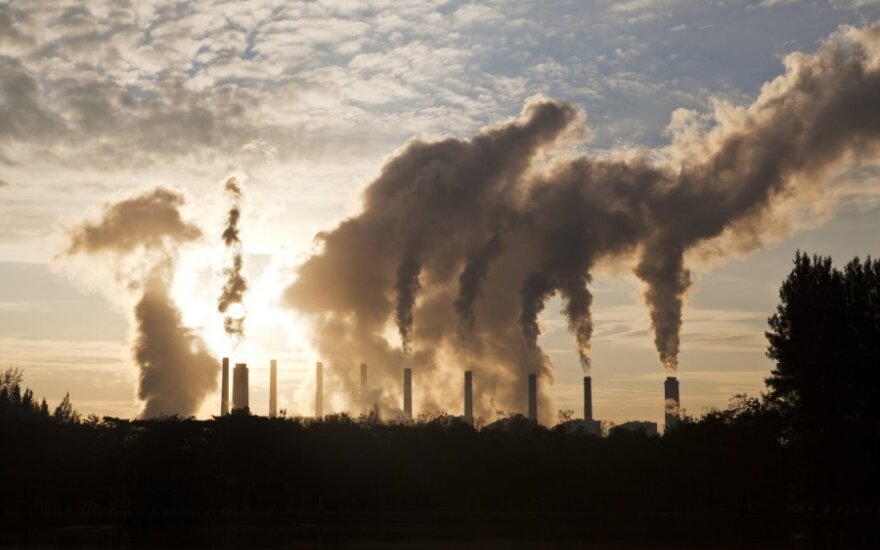 “A lot of people are working on solutions that tackle indoor air pollution. We decided to focus on the most effective, efficient and convenient way to reduce indoor pollution within large public premises. We designed an innovative device Water Shield, which has functions of an ioniser, humidity regulator, electrostatic precipitator, but also serves a decorative purpose. The most important aspect is that it does not pose a threat to human health. This device is useful in airports, hospitals, hotels or shopping malls because it can help in reaching balanced air ionisation,” says Dea Ilarionova, one of the designers of the device and computer engineering student at the Faculty of Electronics at VGTU.

Students’ journey towards the idea of creating such a device started at the science and engineering club. Dea with her friends Marina and Shorena have participated in the activities of the club for some time. “The first project, which we have developed together was a mobile detector and mosaic screens reflecting light designed to visualize optical inhomogeneity in the air. We had an opportunity to present our project during an international Intel science and engineering fair. It is the biggest international contest organised in the US. One of the event’s discussions made a big influence on us. One of the Nobel laureates spoke about indoor air pollution. That is how we decided to work on our project Water Shield,” Dea remembers how they chose an idea for their prototype.

Dea shares, that it was their first try to develop a project which has not only scientific application but also is an attractive device from a business and marketing perspective. “We were very happy to enter the final stage of the contest in Lithuania, where we had to compete with six other start-ups. We think that Lithuania is among the most innovative countries in Northern Europe, and we want to make the first steps of our career here,” says D. Ilarionova.

Two more students from VGTU also worked on the new device – Marina Gudzhabidze and Shorena Gujabidze. They study civil engineering at the Faculty of Civil Engineering.

“I was always interested in science and engineering. I have been working on various research projects in the field of physics and engineering since the 10th grade. That is why I have decided to build my career path in what is often called the mother of all engineering sciences – civil engineering,” says M. Gudzhabidze. 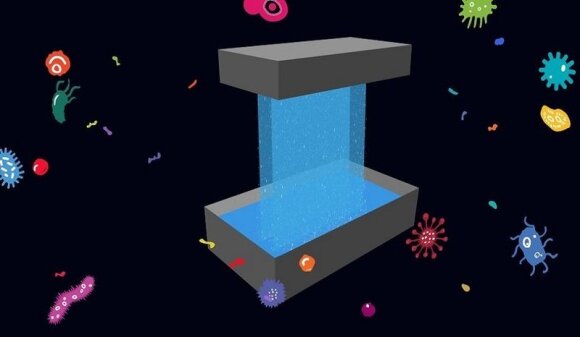 The third member of the team Shorena Gujabidze believes that the key to the success of this team lies in the fact that they have found a way to learn and work together, and all believe that nothing is impossible if you really want it. Shorena has participated in various local and international science and engineering competitions with her friends where they have gained experience and won several prizes before she started her studies at VGTU.

The device designed by VGTU students was presented in the PowerUp! Challenge – the challenge for start-ups, scale-ups and SMEs from Central and Eastern Europe whose products are in the fields of energy, smart and clean technologies. The competition was held online in April. There were 26 teams in the contest in Lithuania, and VGTU’s team was among the seven finalists.

Water Shield project – a device for reduction of indoor air pollution in large public premises – won the prize of the audience. Now, the students are waiting for financing to finalise their prototype and implement the project.

Cooperation on science projects is ongoing between Vilnius Gediminas Technical University (VGTU) and...