the Lithuania Tribune
aA
The open-air museum in Rumšiškės, which has provided a number of backdrops for the BBC's six-part costume epic War and Peace, is offering tourists and fans of the series a chance to visit some of the drama's shooting locations. 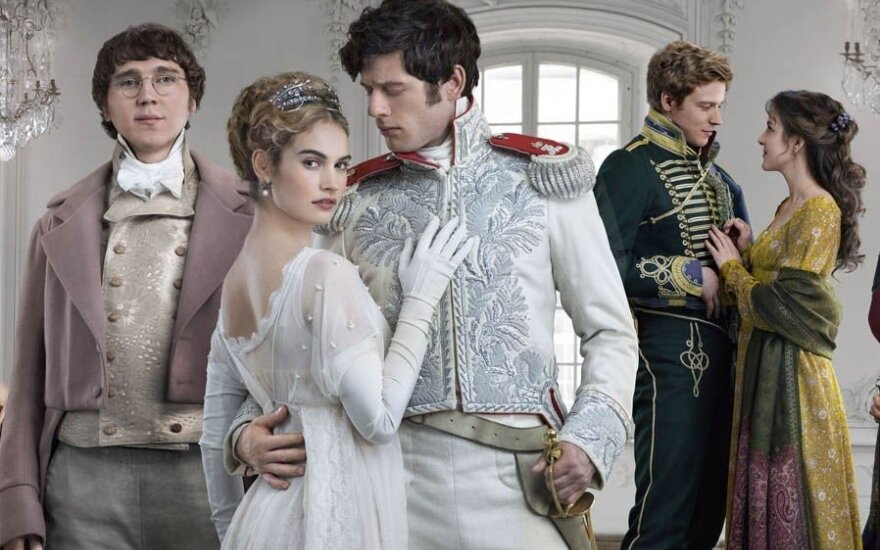 War and Peace, based on the classic novel by Leo Tolstoy, aired on the BBC earlier this year and is beginning to air on Lithuanian TV this month.

Many of the series' scenes were shot in Vilnius, mostly standing in for 1810s Moscow, and other locations in Lithuania. Rumšiškės, an open-air ethnographic museum in central Lithuania, provided convincing locations for scenes set in the Russian countryside.

The drama's director Tom Harper has told the Lithuania Tribune that Rumšiškės was his favourite shooting location:

"I remember walking into Rumšiškės and being like ‘Wow, we have to film here.’ ... [It] was great in terms of its wooden buildings, we have nothing like that at all in the UK," he said.

"When you make a period drama, often you are constrained in what you can and cannot see. Over there, there is a modern building, on the other side you have a street sign that you can’t remove. You constantly have to compromise. But the thing with Rumšiškės is that you can film anywhere. The camera can look in any direction and it is all period and accurate. It was my favourite location!"

Visitors at the Rumšiškės museum will be guided through some of the sites seen in the series.

The Lithuanian Tourism Department has already launched several tours in Vilnius for the fans of War and Peace. Visitors can explore the filming locations on their own, using a map available at tourist information points and at lithuania.travel, or go on paid tours.

Fans of the BBC’s War & Peace series are in luck. They can now follow a trail through Vilnius...

Filming for the new US TV film The Cobbler started in Vilnius this week. The film is based on a short...