DELFI EN
aA
This summer airBaltic introduced the aircraft Airbus A220-300 coloured with the Lithuanian three-color flag. On September 16, this aircraft, named “Vilnius”, landed for the first time at the Lithuanian capital airport. 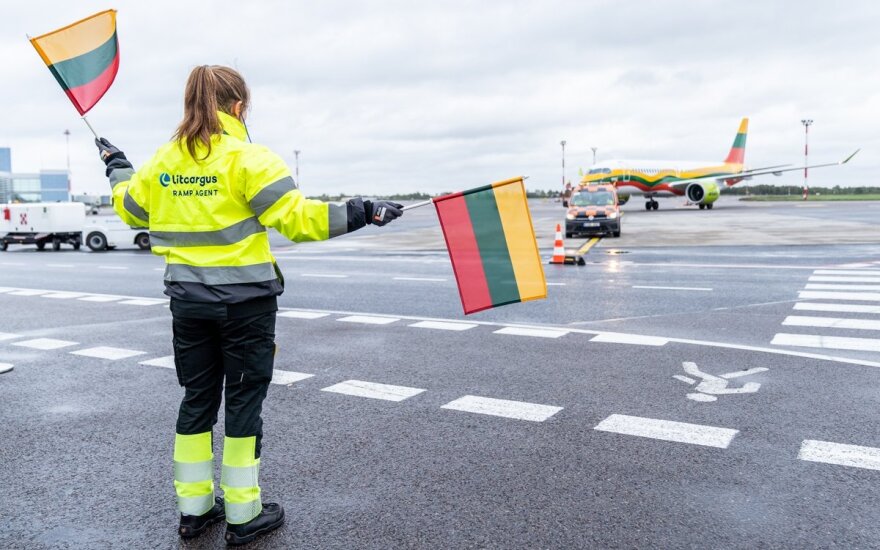 According to Martin Gauss, CEO of airBaltic, this aircraft design was created to mark the growing demand of airBaltic's services in the Lithuanian market, Lithuanian Airports write in a press release.

“The Lithuanian market is very important to us. Today we offer more than 80 direct routes from the Baltic countries and we are committed to continue our sustainable growth path. In order to serve the growing passenger demand, we will be operating a modern Airbus A220-300 aircraft in Vilnius starting from this winter season”, Martin Gauss said.

According to the company, during the first half of 2019 airBaltic flew to and from Lithuania over 240 thousand passengers, which is 20 percent more than at the same time last year.

According to Marius Gelžinis, Head of Lithuanian Airports, such a symbolic gift - an airplane painted in the colours of the Lithuanian flag – is also a great way to mark the long-standing partnership between airBaltic and Lithuanian airports.

It took 15 painters, 1000 hours of work and 250 litres of ground, paint and varnish to paint the Airbus A220-300 with the Lithuanian tricolour. Earlier this year, airBaltic aircraft also featured the colours of Latvian and Estonian flags, so from now on the skies will be painted in the colours of all three Baltic States. 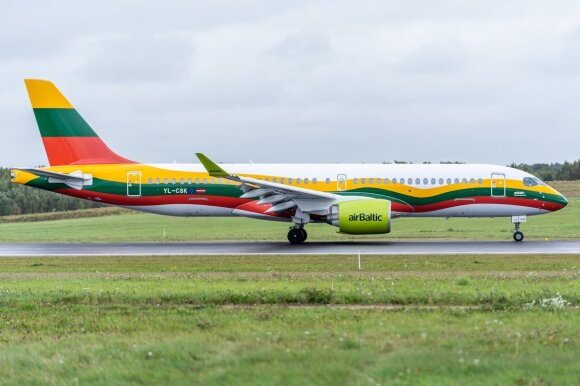 Latvian air company AirBaltic Corporation has repaid a debt of 19.497 million euros to the bankrupt...

Latvian airline airBaltic continues its expansion in the Baltics and announces the launch of four...