The Top 10 most popular Lithuanian dishes in the world

the Lithuania Tribune
aA
Lithuanian cuisine offers a wide variety of dishes to match everyone's tastes - although most are likely to contain meat and potatoes. Here is our selection of the top 10 culinary offerings from Lithuania that Lithuanians enjoy at home and all over the world. 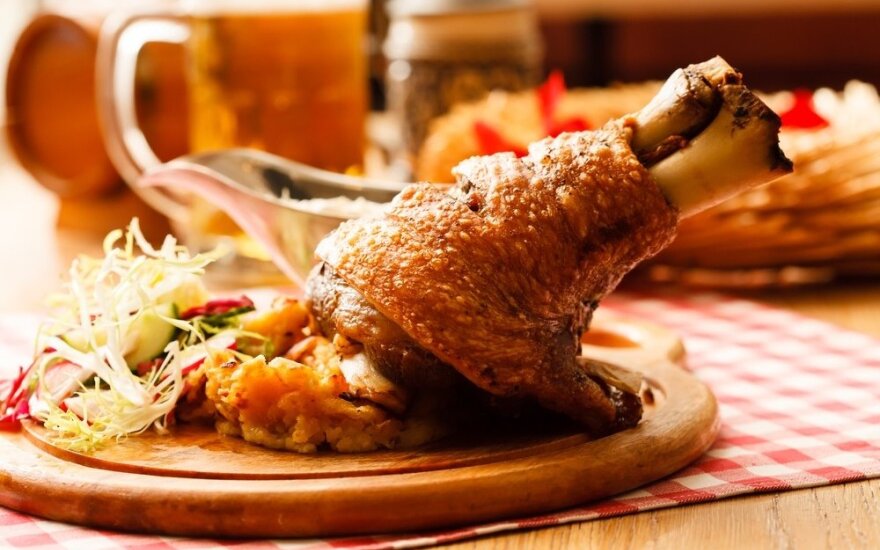 Cepelinai (also known as didžkukuliai) are a wildly popular, hearty and ubiquitous Lithuanian dish that consists of an egg-shaped (or Zeppelin-shaped, as the name suggests) boiled potato dumpling filled with meat, cottage cheese, mushrooms or other savoury mixes. This filling meal, often topped with sour cream, dill and bacon bits, involves a rather labour-intensive production process, so a kitchen crammed full of cepelinas-helpers is a traditional part of any significant Lithuanian family celebration or gathering. 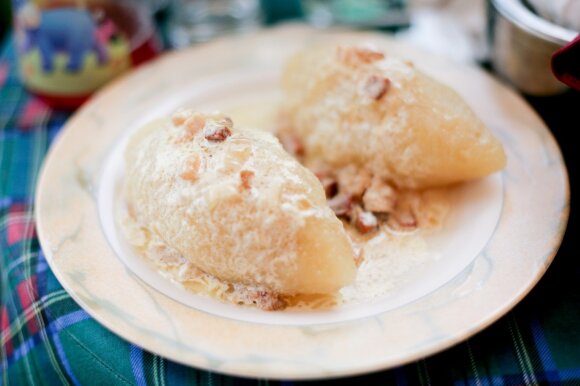 Bulviniai vėdarai, more common in Lithuania than their blood-filled cousins, are pig intestines filled with mashed potatoes. The potato filling can be flavoured with bacon bits, onion or other ingredients. As with many other Lithuanian dishes, bulviniai vėdarai are often served with sour cream. 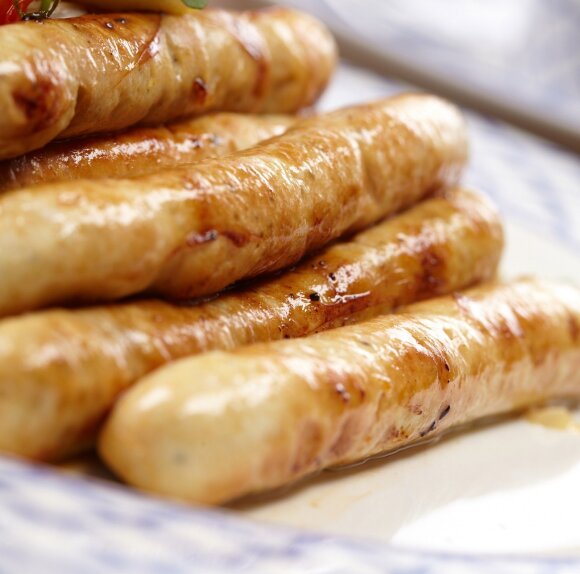 Kepta duona is the king of Lithuanian beer food in a land of delicious beer food options. This delicious calorie bomb consists of fried strips of Lithuanian dark or medium-dark rye bread seasoned with salt and pepper and rubbed with garlic. The inclusion of melted grated cheese or a melted cheese-mayonnaise dipping sauce crowns this Lithuanian bar-side staple. 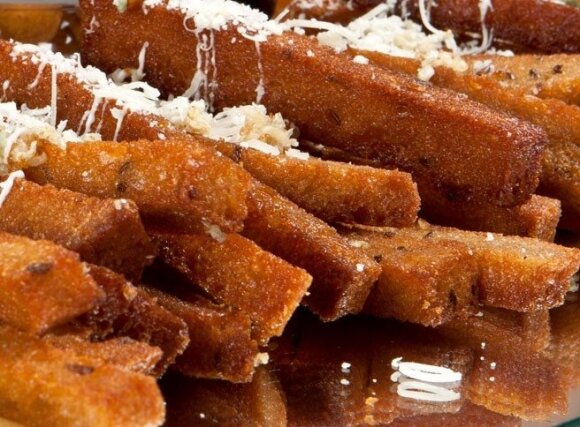 Whether it's the neon-pink colour, the mix of sour and sweet flavours, or the fact that this soup is served cold, most foreigners who try this soup for the first time will never forget it, whether or not they liked it. Šaltibarščiai is a local favourite in the Lithuanian summer, when the cold buttermilk- or kefir-based beetroot soup goes perfectly with warm weather and hot boiled or fried potatoes. Other ingredients can include eggs, dill, parsley, cucumbers or pickles. Many of the countries in the region – from Poland and Russia to Ukraine and Hungary – have their own spin on this ubiquitous soup. 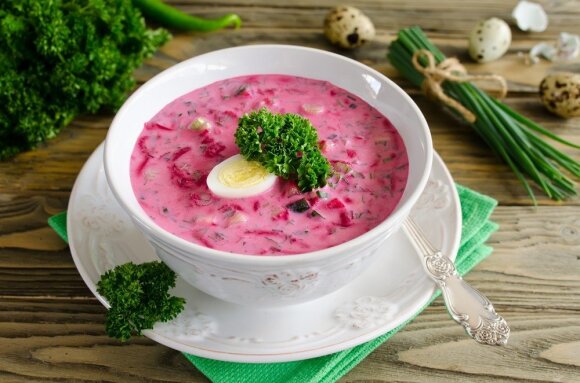 These small ridged savoury pastries, which come with a wide variety of fillings, are popular throughout Lithuania, but they actually originated from the Karaites (Tartars), a Crimean people who were relocated to Lithuania in the 14th century. Some of the best kibinai in Lithuania can still be found in Trakai, which was the historical centre of the Karaite community in Lithuania. The traditional filling is lamb, but other common options include beef, chicken, mushrooms, spinach and cottage cheese. 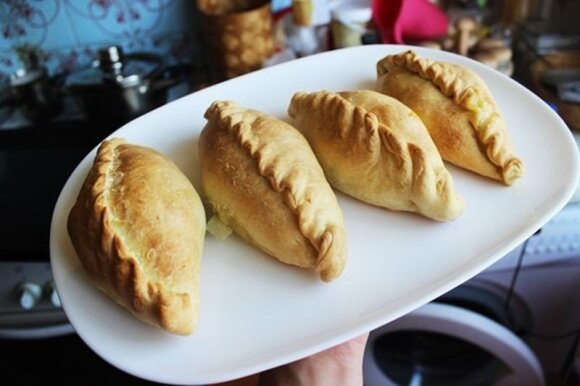 Bulviniai blynai, or potato pancakes, are popular throughout many Central and Eastern European countries, and Lithuania is no exception. In Lithuania, they are most often served with sour cream, cottage cheese, bacon and/or mushrooms. 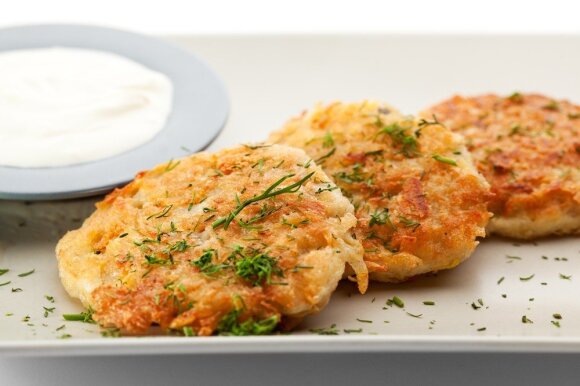 Balandėliai (meaning “little doves”) are a dish that made its way to Lithuania from the Near East. The Lithuanian take consists of minced meat (usually pork) mixed with rice and onions and wrapped in a cabbage leaf before boiling. The resulting dish is usually served with potatoes or bread (to soak up the broth) and sour cream and/or tomato sauce. The “ancestors” of this dish include the near-eastern dolma and yalangi dishes, which are usually made with grape leaves. 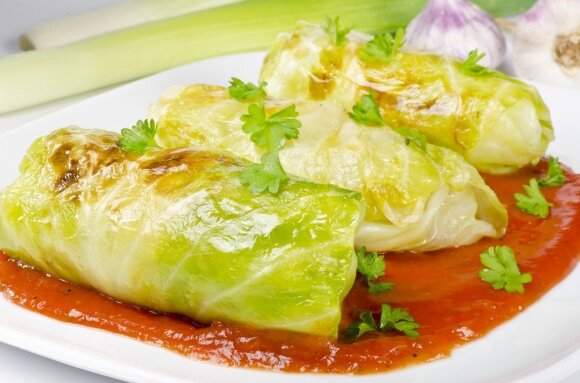 Though the beer food king's throne belongs to another Lithuanian dish, žirneliai su spirgučiais, or slit peas with bacon bits, are a strong contender. This simple dish consists of boiled split yellow peas with fried bacon bits, onion, salt and pepper. They are perfect as a light meal that's big on flavour or as a companion for your favourite Lithuanian beer. 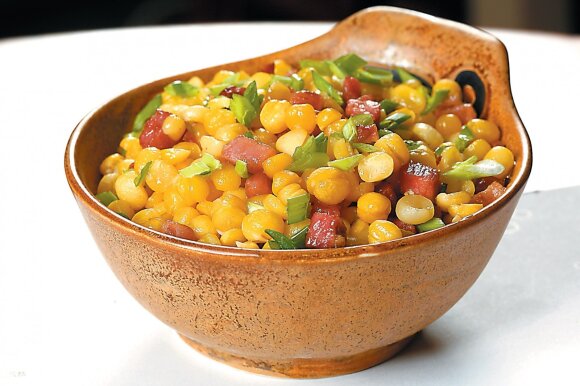 Karka, or ham hocks, are popular in Lithuania. They are usually boiled with onions and spices and served with potatoes, peas or other sides. For additional flavour, they can also be roasted or grilled after boiling. 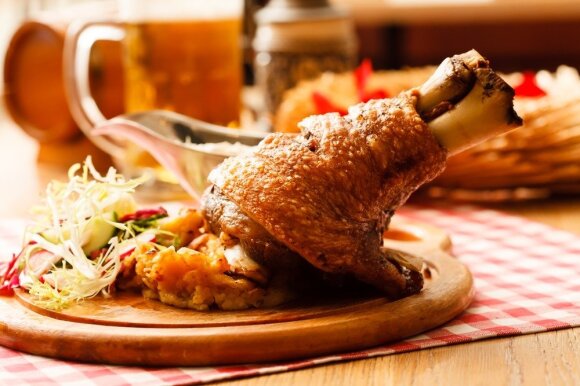 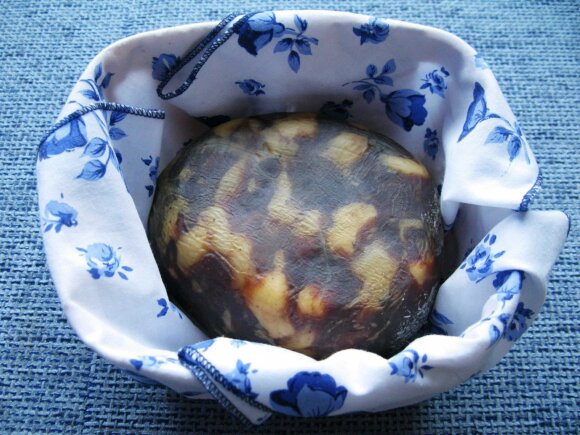