The Top 10 Lithuanian sportspeople of all time 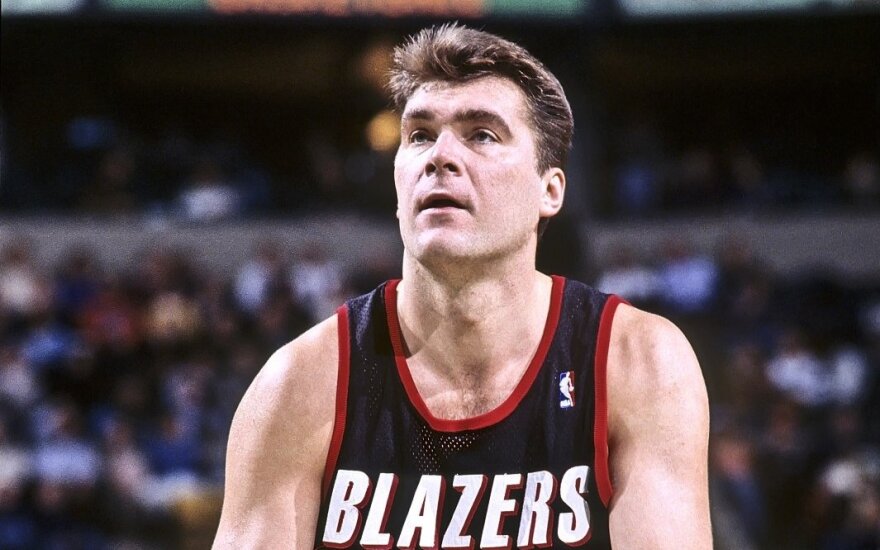 A living legend if there was ever one, Arvydas Sabonis has been the towering pride of the nation - both figuratively and literally - since he debuted in the early 1980s with his hometown team, Žalgiris Kaunas. He led the Soviet team to victory in the 1988 Seoul Olympics and later helped solidify the newly independent Lithuanian nation's self-confidence with two Olympic bronze medals. Sabas, as the legendary player is known by his fans, has held a number of European and world titles and been included in both the NBA and FIBA halls of fame. 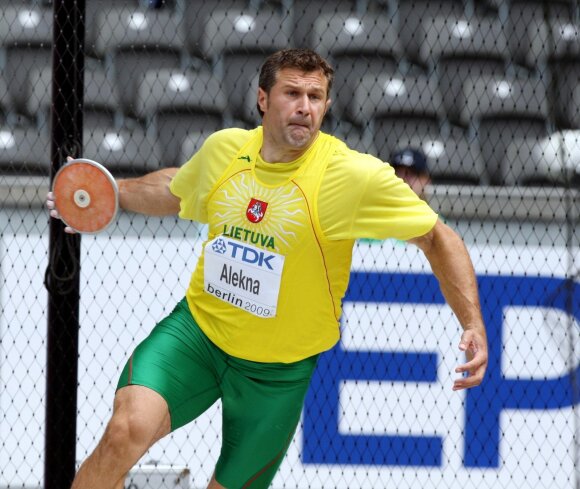 There was a period in the 2000s when Lithuanians were confident that no matter how their athletes did at international tournaments, there would be at least one gold medal guaranteed to come home to Lithuania. That was thanks to Virginijus Alekna, who reigned supreme in world and Olympic track-and-field championships from his gold at the 2000 Sydney Olympics onwards. A two-time world and Olympic champion, Alekna's personal best, 73.88 metres, is second only to the world record (74.08 metres). Although his most memorable feat was probably the "sexy" 69.69 metre throw at the 2003 world championship in France (where else?), Alekna holds more 70m+ throws (20) than any other discus thrower in the world. 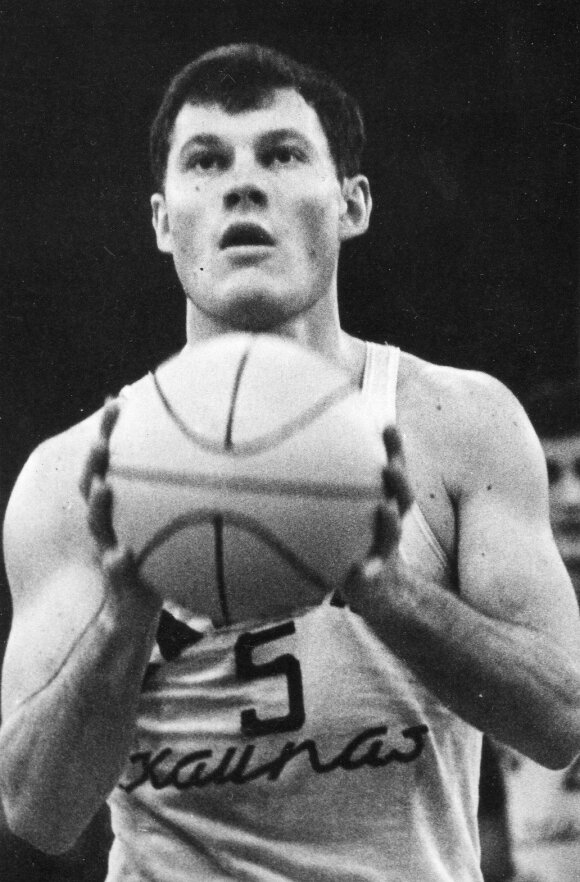 At the height of his career, Modestas Paulauskas, one of the greatest Lithuanian basketball players of all time (and competition is tough for that title), claimed nearly all possible major titles between 1965 and 1974. Paulauskas debuted in Žalgiris Kaunas at the age of 17 and was invited to join the Soviet national team two years later, catapulting into a streak of victories and pocketing 10 medals. An Olympic champion, two-time world champion and four-time European champion, Paulauskas was the European tournament's most valuable player in 1965 and was made captain of the Soviet team in 1969. 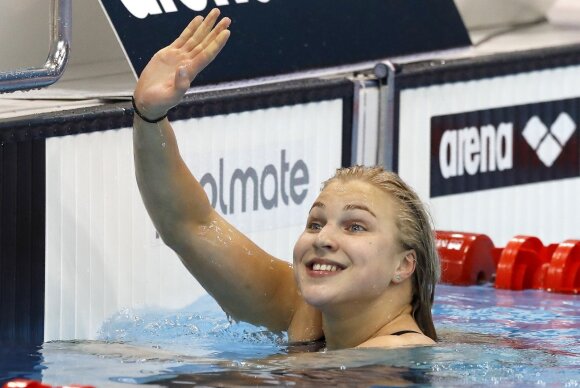 Rūta Meilutytė became Lithuania's national mermaid at the tender young age of 15 when she swam to Olympic gold in 2012 in London. The nation has fallen in love with the blonde-haired swimmer who holds world records in 50m breaststroke and 100m breaststroke. Meilutytė has reigned in European and world championships, smashing records almost each time, and has inscribed her name in the pantheon of Lithuanian (and world) sports even before reaching the tender age of 20. Expectations are high for Meilutytė at this year's Rio Olympics. 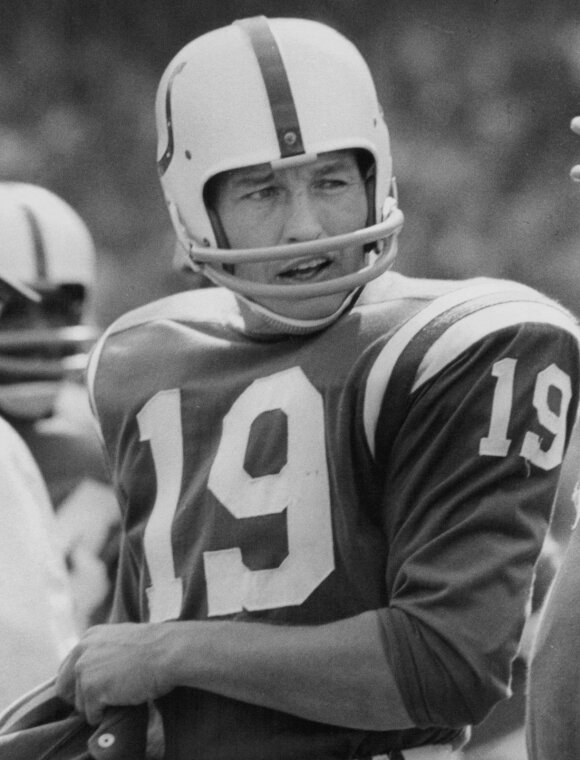 Though Johnny Unitas - or Jonas Jonaitis - never played in Lithuania and excelled in a sport as un-Lithuanian as they come, every Lithuanian is happy to point out that one of the biggest legends of American football was born to a family of Lithuanian expats in Pittsburgh. The Golden Arm as he was nicknamed was a record-setting quarterback, and the National Football League's most valuable player in 1959, 1964 and 1967. For 52 years he held the record for the most consecutive games with a touchdown pass which he set between 1956–1960, until New Orleans Saints quarterback Drew Brees broke his long standing record in 2012. 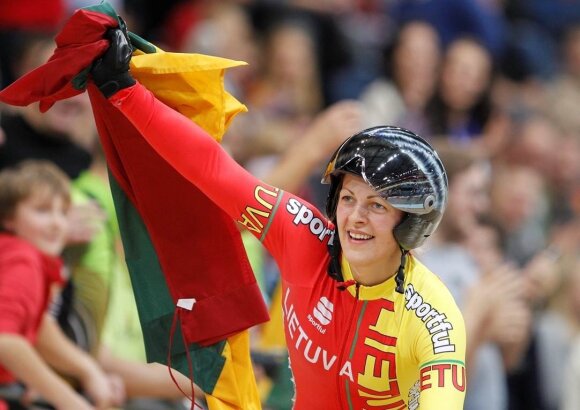 The Lithuanian track cyclist Simona Krupeckaitė set two world records in 2009-2010, one for the 500m time trial and another for the flying 200m time trial event. She also has two world titles to her name, in 2009 and 2010 (Keiren world champion), and so many European and other medals that you can easily lose count. 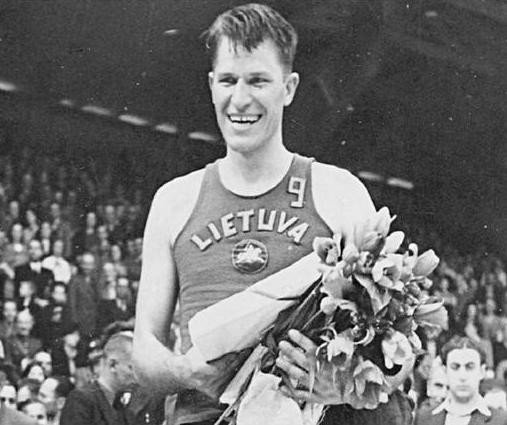 Although Pranas Lubinas - or Frank Lubin - born and died in California, he is the "grandfather of Lithuanian basketball" and the man responsible for the sport's undying popularity in this country. Lubinas coached the Lithuanian national team to victory in the 1937 European championship and joined it as player for the subsequent tournament two years later. It goes without saying that the Lithuanians won again and the only reason that Lubinas was not titled the most valuable player of EuroBasket 1939 was his height (1.98m). Apparently back then FIBA thought that if you were taller than 1.9m, you had an unfair advantage. 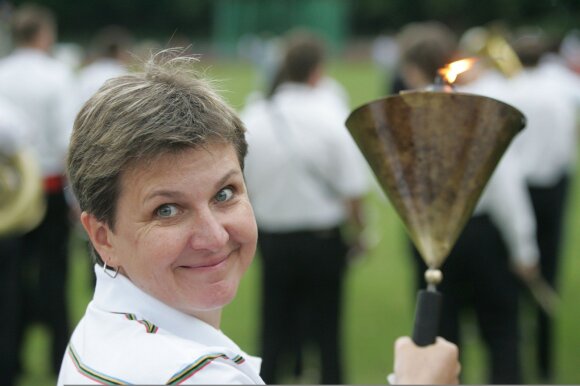 Lina Kačiušytė surprised everyone by winning the 200m breaststroke event at the 1978 World Championships and setting two world records: the first in the prelims, in the process defeating world record holder and USSR teammate Yuliya Bogdanova, and the second when winning the gold medal in the finals. She set the world record a third time the following year at the USSR vs DDR Dual Meet in Potsdam, a record that stood from 1979 through to 1985. Kašiušytė was also the first female breaststroke swimmer to go under the 2 minute 30 second barrier for the 200m event. Add to that Olympic gold in 1980, when she set the Olympic record for 200m breaststroke. 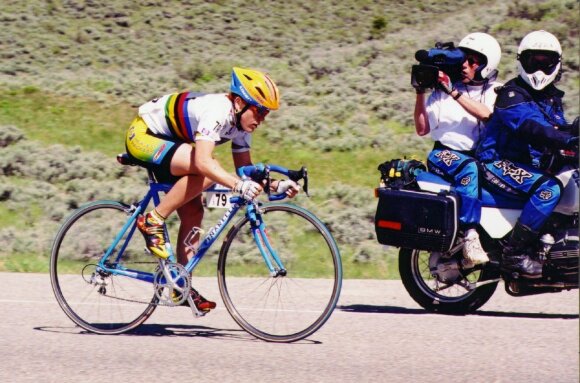 Lithuanian cyclist Diana Žiliūtė dominated women's road racing in the late 1990s. Debuting in the pro cycling ranks after winning the 1994 World Junior Road Race Championship, Žiliūtė rose to the top of women's cycling in 1998 when she won two World Road Cup races, the overall World Road Cup title, and capped the season by winning the World Road Race Championships and leading the UCI Women's Road World Rankings. The following year, she further demonstrated her all-round prowess by winning the Grande Boucle, one of the hardest stage races in women's cycle racing history. This was followed in 2000 by a bronze medal at the Summer Olympics in Sydney. 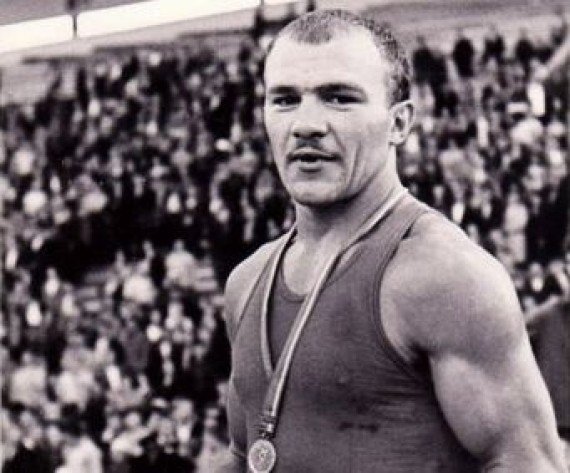 Born in Poland, Danas Pozniakas came to Vilnius by way of Belarus as a kid and started boxing at the age of 13 and brought home Lithuania's first Olympic gold from the Mexico Games in 1968. Three-time European light-heavyweight boxing champion, Pozniakas retired with 203 wins out of 217 bouts and has lent his name to an annual youth boxing event in Lithuania. 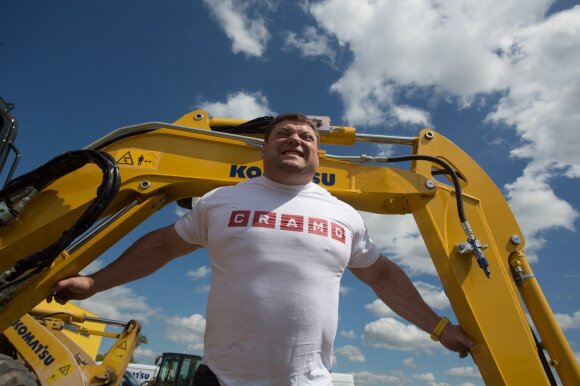 Not only is Žydrūnas Savickas considered by many to be a national treasure, he is also undoubtedly one of the greatest weightlifters in the world. Known near and far as Big Z due to his height of 191cm and weight of about 100kg, he is the only weightlifting competitor in the world to have a win in every single important international competition in this sport. Recently, he went head-to-head against Hafþór Júlíus Björnsson, the Icelandic strongman famous for his role as The Mountain in the Game Of Thrones series. 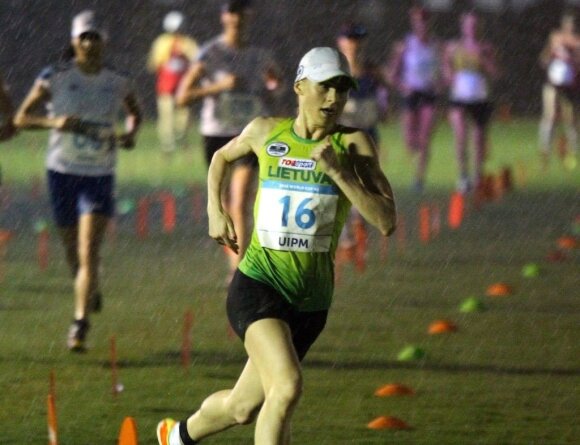 Laura Asadauskaitė is one of Lithuania’s most accomplished pentathlon competitors, having won an Olympic gold medal and numerous silver and bronze medals in world and European championships. She is married to Lithuanian pentathlon athlete Andrejus Zadneprovskis who has had a similarly illustrious career, and the two have a daughter who, given her parents, will probably become the greatest pentathlon competitor of all time. 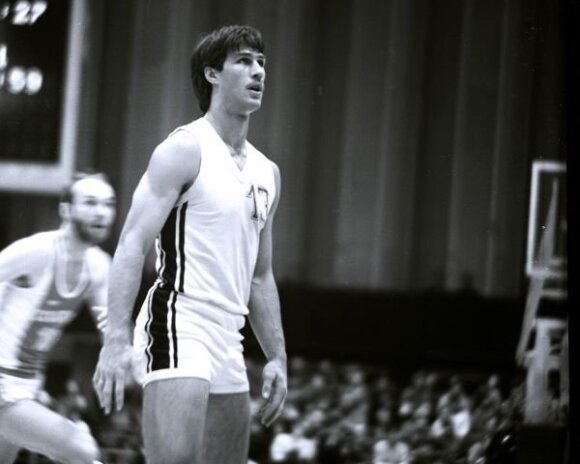 Though Marčiulionis was a legendary Lithuanian basketballer whose achievements were arguably second only to those of Sabonis, he was also pivotal in Lithuanian sports history for his work off of the court. He is considered to have almost single-handedly reinvigorated the Lithuanian national basketball program after the collapse of the Soviet Union, helping lead it to numerous European and Olympic medal victories. 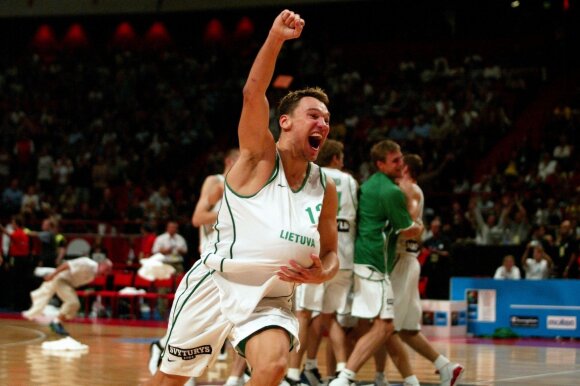 Of all of the great post-Soviet basketballers that Lithuania has seen, Šarūnas Jaiskevičius’ career has been one of the most prolific and illustrious. He is the only national team player to have played for Lithuania in four Olympic games in a row, and is the only European basketball player to have won in the Euroleague with three different clubs. His aggressive and tactically decisive play has made him the MVP of numerous teams in Lithuania and abroad. 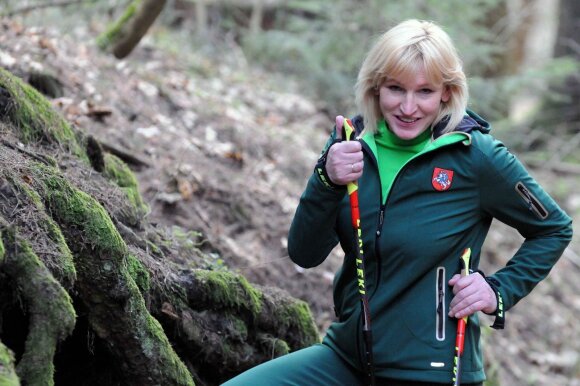 Though she reached the peak of her cross-country skiing career while Lithuania was still a part of the Soviet Union, Vida Vencienė was one of Lithuania’s strongest winter sports competitors. At the Winter Olympics in Calgary in 1988, she won a gold medal and a bronze medal - in the 10km and 5km women’s cross-country competitions, respectively. 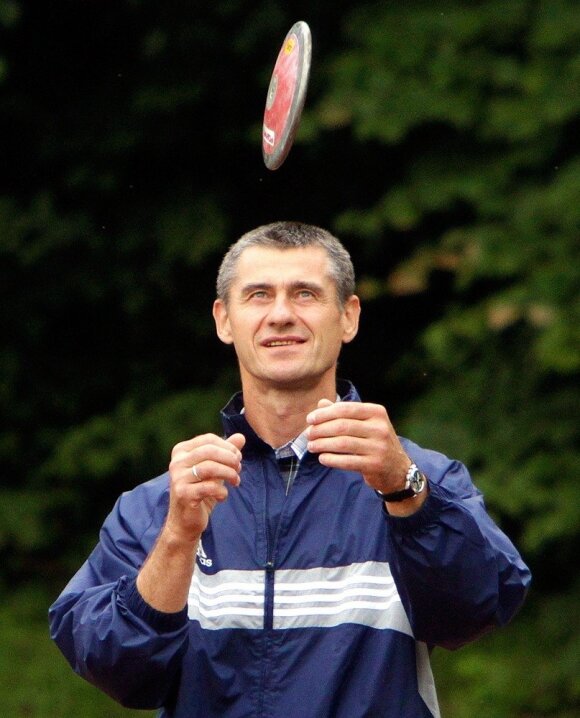 After winning Olympic silver for the USSR in 1988, Romas Ubartas, a world-class international discus thrower, won gold for Lithuania in the next Olympic Games in Barcelona. His win in Barcelona saw the country's national anthem played at an Olympic event for the first time ever. 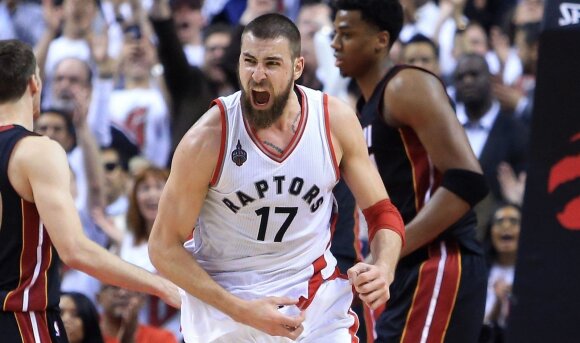 A darling of Lithuania's young generation of players, Valančiūnas amassed a collection of gold medals even before joining the Lithuanian national basketball team at the age of 19. He has been playing centre with the Toronto Raptors in the NBA and shining in every game. 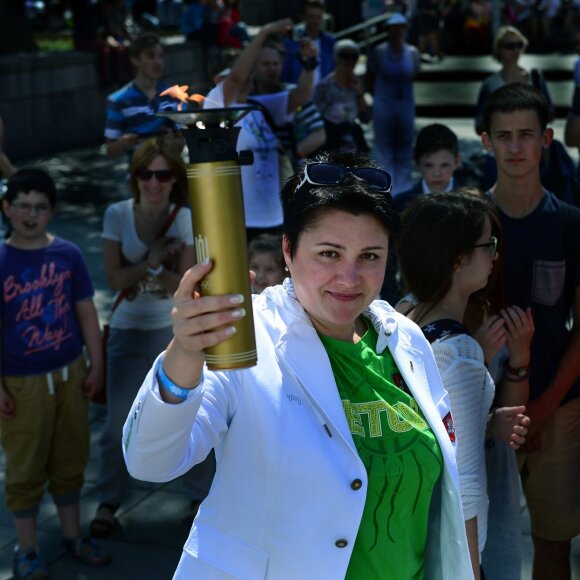 Daina Gudzinevičiūtė set the Olympic record and snatched the gold medal for shooting at Sydney Olympics in 2000 - the first time trap shooting was introduced into the games. She has since won two silver medals at European Championships and one in the world tournament and currently heads Lithuania's National Olympic Committee. 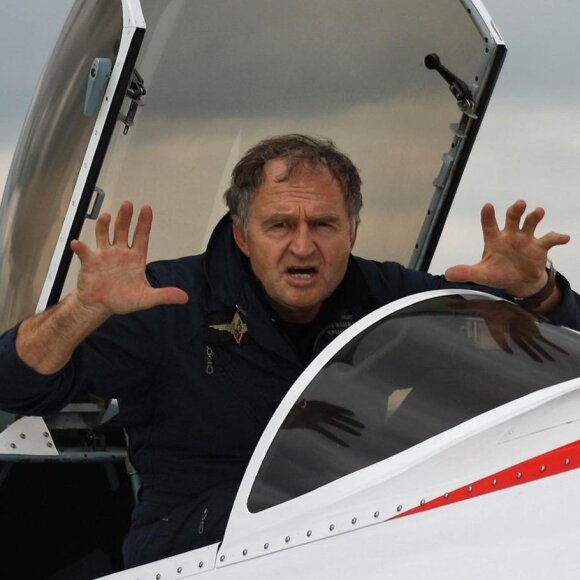 A world-famous aerobatic pilot, Jurgis Kairys has a maneuver named after him, the "Kairys Wheel". Besides winning multiple titles at European and World championships, Kairys made international headlines by flying his plane under a pedestrian bridge in Kaunas, just 7m above water. Did I mention he did it upside-down? One more of his stunts involved diving under every bridge over the Neris River in Vilnius. 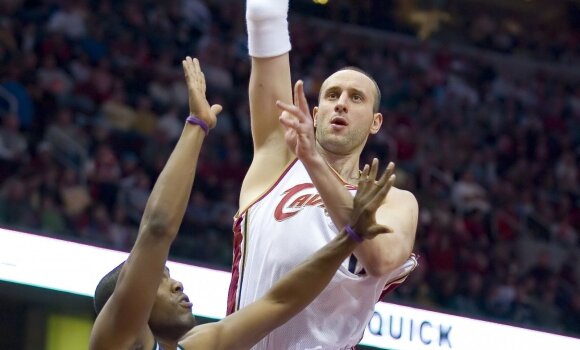 Big Z (not to be confused with Žydrūnas 'Big Z' Savickas) has made people of Cleveland learn to pronounce his long name ('Ilgauskas' actually means 'long') during his 12 seasons with the Cavaliers. One of the best centres in the NBA, Ilgauskas was on the NBA's all-star team twice and came very close to winning the NBA Championship ring, once with the Cavaliers and once with the Miami Heat. 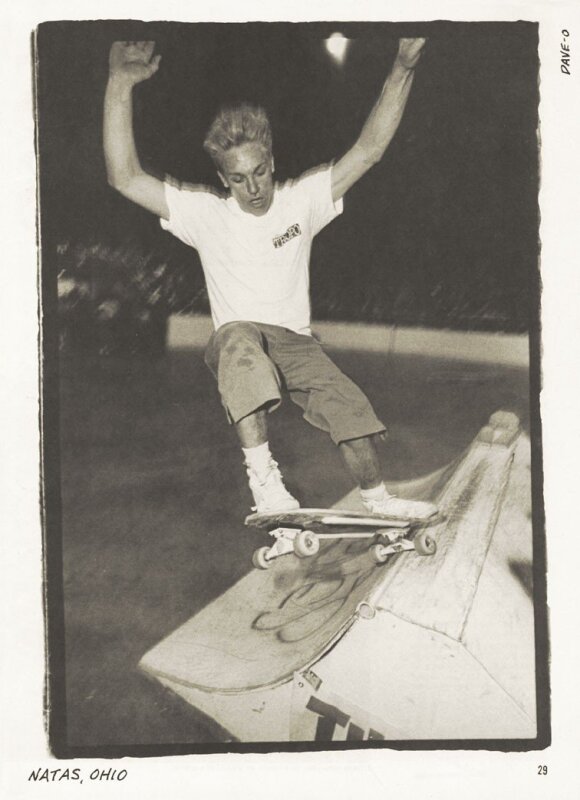 Lithuanian-American Natas Kaupas is considered the first professional skateboarder. Nothing says great like having a sports trick named after you - and only a handful of best skateboarders have managed to do the "Natas spin".