The Top 10 Lithuanian historical figures of all time

(2)
the Lithuania Tribune
aA
Lithuania's history is chock-full of legendary leaders and historical heroes that have made Lithuania what it is today. After looking across the span of Lithuania's long and proud history, here is our list of the Top 10 Lithuanian historical figures of all time. 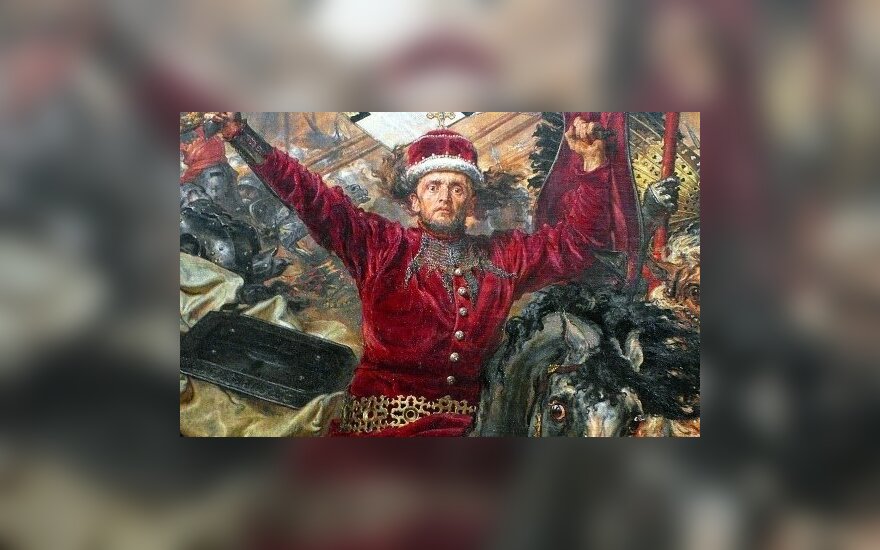 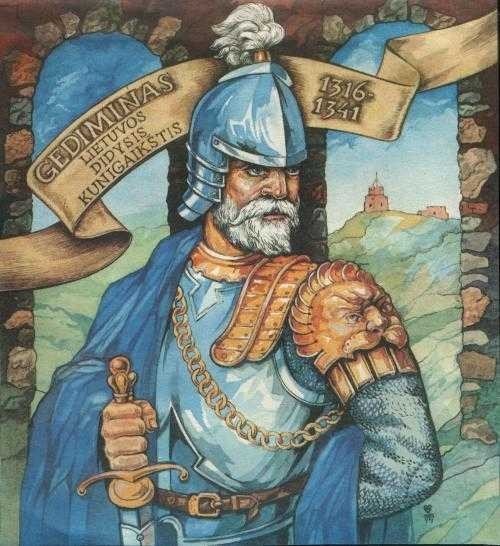 One of the most fondly remembered Grand Dukes of Lithuania, Gediminas is credited with making his state a player to be reckoned with in Europe - and with founding the nation's capital, Vilnius.

By all accounts, Gediminas was a brilliant ruler and strategist, expanding his realm far into Slavonic lands in the south-east (the territory of the Grand Duchy of Lithuania would reach the Black Sea under his grandson's rule) and holding off pressure from the warring Christian missionaries from the west.

Although Gediminas never embraced the Christian faith, he famously invited Christian merchants and farmers to come and settle in his lands - and his city - promising them tax breaks and religious tolerance that came to characterise the Grand Duchy until the end of its days. 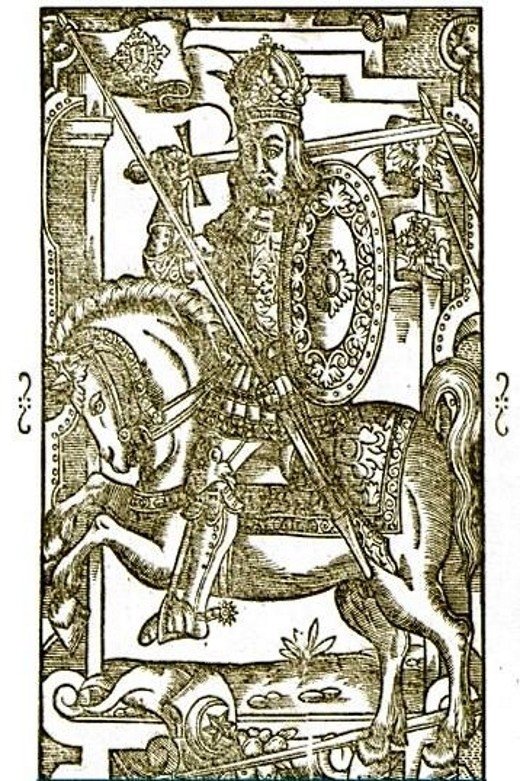 Mindaugas is the starting point of Lithuania's history, the first and only King of Lithuania. Having united conflicting Lithuanian warlords under his rule - some by strategic marriages, others by strategic assassinations - Mindaugas wrote to the Pope of Rome to be baptised as Roman Catholic in 1251 and, two years later, to be crowned the king.

Little is known of Mindaugas' provenance and even the location of his royal seat is debated, but his name is now eponymous with many streets across Lithuania and the assumed day of his crowning, July 6, is a national holiday.

Becomingly to the 'Caesar of Lithuania', Mindaugas' reign was ended by an assassination conspiracy which pushed the state he had created into an extended period of turmoil and uncertainty. Christianity did not take hold among pagan Lithuanians (Mindaugas himself is thought to have reneged on the new god towards the end of his life) and he did not start a dynasty, but Mindaugas takes the spot of the semi-mythical founder of the state of Lithuania. 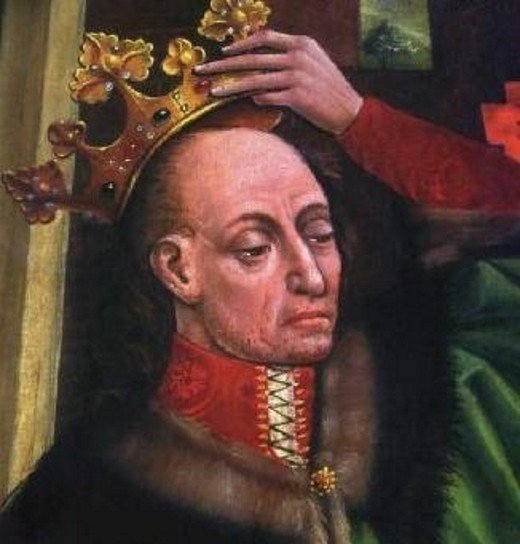 The love-hate relationship between the two cousins (and grandsons of Gediminas) Vytautas and Jogaila (or Jagiello) mirrors in many ways the tensions between the brotherly nations of Lithuania and Poland which joined into a personal union under Jogaila, the first ruler to be both the Grand Duke of Lithuania and the King of Poland.

Following several periods of struggle for power, during which both had imprisoned one another and sided with Lithuania's biggest enemies at the time, the Teutonic Order, just to dethrone the other, Vytautas and Jogaila eventually made peace to achieve a great legacy. They Christianized Lithuania under the 1387 Union of Kriewo with Poland, and defeated the Teutonic Knights in the historic Battle of Grunwald (or Žalgiris in Lithuanian, the name used in almost every Lithuanian team sport today), snuffing the biggest threat to the sovereignty of Poland and Lithuania out of existence. 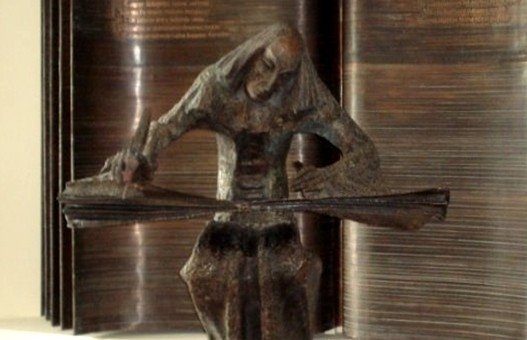 The Lithuanian vernacular was late to join the ranks of languages of the learned and it was not until 1547 that the first Lithuanian book came off the printing press. Its author, young Protestant priest Martynas Mažvydas, wrote the lines that generations of Lithuanian pupils have had to learn by heart.

While hand-written prayer books had appeared soon after Lithuania embraced Christianity, Mažvydas' Catechism (or "Katekizmo prasti žodžiai" - "Simple Words of Cathechism") was the first printed book. And it wasn't printed in Lithuania, but in East Prussia (part of which would be called Lithuania Minor) which was a safe haven for protestant Lithuanians from the domination of the Catholic Church in Lithuania proper.

It was in Lithuania Minor that Mažvydas spent his career as a priest, taking care of his parishioners' education and writing prolifically, mostly prayer books and hymnals. 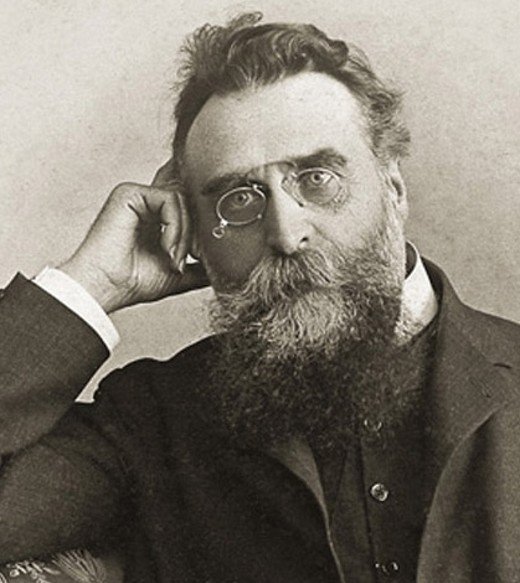 If anyone deserves the title of the national patriarch, it is Jonas Basanavičius, whose imposing bearded presence used to stare at Lithuanians from the 50 litas bills and continues to exert authority from monuments and streets named after him in virtually every town in Lithuania.

Basanavičius, a doctor by trade, was one of the leaders of the national revival movement of the late nineteenth century and took part in every step of building the modern Lithuanian nation. He founded the first Lithuanian newspaper, Aušra, chaired the organizing committee of the 1905 Great Seimas of Vilnius and was a signatory of Lithuania's Independence Act on February 16, 1918. 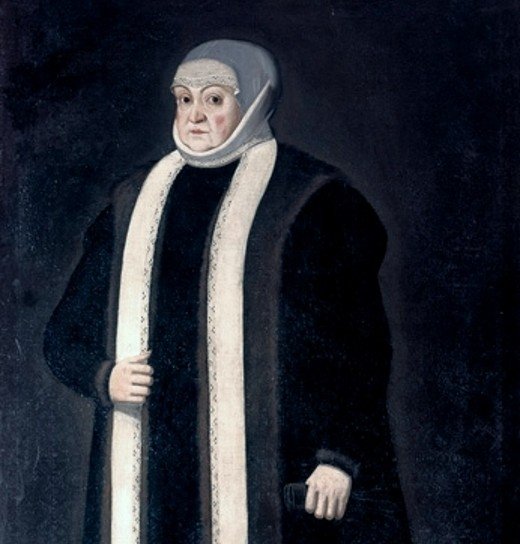 As a foreigner and a power-seeking woman, Bona Sforza has long been vilified by historians. She was cast as the main villain in one of the greatest Renaissance love stories, that between her son Sigismund Augustus and Barbora Radvilaitė (or Barbara Radziwill), the most beautiful woman in Lithuania who was allegedly poisoned by her resentful mother-in-law.

In recent years, however, Queen Bona has been largely rehabilitated, with historians agreeing on her role in bringing the Italian Renaissance to Poland and Lithuania.

A member of Milan's House of Sforza, Bona was married off to Sigismund the Old, the King of Poland and the Grand Duke of Lithuania almost 30 years her senior, in a ceremony in Naples without the groom present. Moving north, Bona brought with her an entourage of Italian cooks, architects and artisans whose impact on the arts and culture in North-East Europe cannot be overstated. Bona was even credited with introducing vegetables to the Polish-Lithuanian diet, although historians say this is an overstatement.

Queen Bona implemented various economic and agricultural reforms in the Grand Duchy, inlcuding the far-reaching Wallach Reform, making herself an incredibly rich landowner. Some of her legacy is on display in the recently reconstructed Palace of the Grand Dukes of Lithuania in Vilnius. 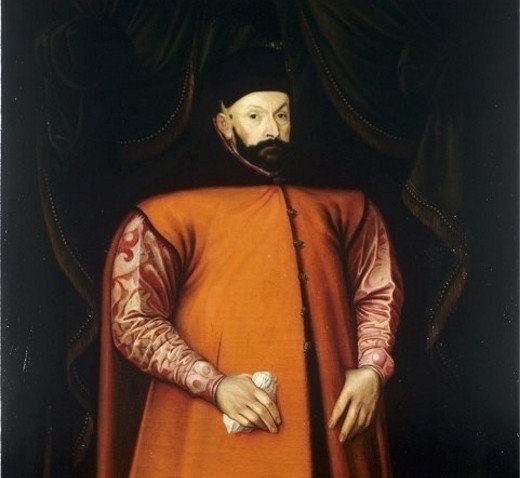 The decade-long reign of Stephen Bathory (or Steponas Batoras in Lithuanian), a prince from Transylvania, as the King of Poland and the Grand Duke of Lithuania is one of the high-points in the history of Commonwealth. In Lithuania, his greatest legacy is the founding of Vilnius University, in 1579, which long bore his name. 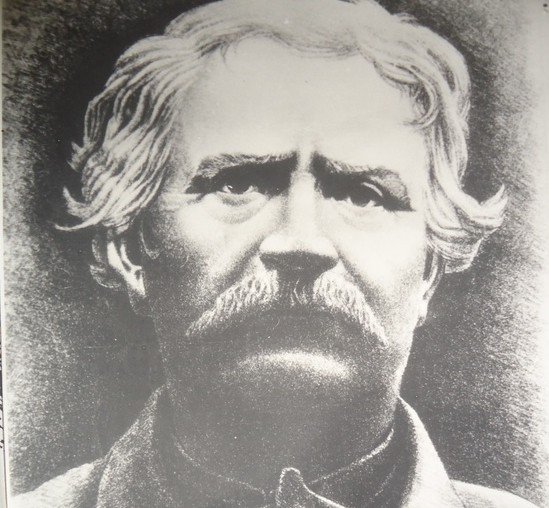 Lithuanians rose against the rule of the Russian Empire, which reined over them throughout the nineteenth century, several times and following one such failed attempt, in 1863, Russia decided that the only way to crush the national sentiments of its north-western subjects was to ban the press in the Latin alphabet.

The ban was in effect for 40 years and gave rise to a singular profession, the knygnešiai, which roughly translates as "book traffickers" or "book smugglers". Jurgis Bielinis was one of the most prominent book traffickers from the period, smuggling Lithuanian books and periodicals printed in East Prussia (or Lithuania Minor) into Lithuania proper. Historians estimate, that Bielinis' network was responsible for half of all illegal Lithuanian books that circulated during the press ban. 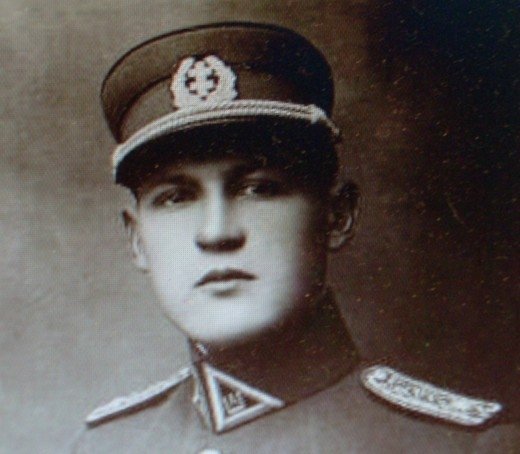 Although Jonas Žemaitis was never a politician and did not run for any elected office, he was declared in 2009 the fourth president of Lithuania. This would have probably surprised even Žemaitis himself had he been alive, but the title recognizes his leadership over the part of the country which continued to fight against the Soviet occupation for almost a decade after World War Two victors declared peace in Europe.

Žemaitis, who adopted the codename Vytautas (which suggests he probably wouldn't have minded being titled president after all), led the Lithuanian Freedom Army, a guerilla resistance, from 1949 until his arrest by Soviet agents in 1953.

General Žemaitis now has Lithuania's military academy named after him and there's an unmissable bust of him standing erected in front of the Ministry of National Defence in Vilnius. 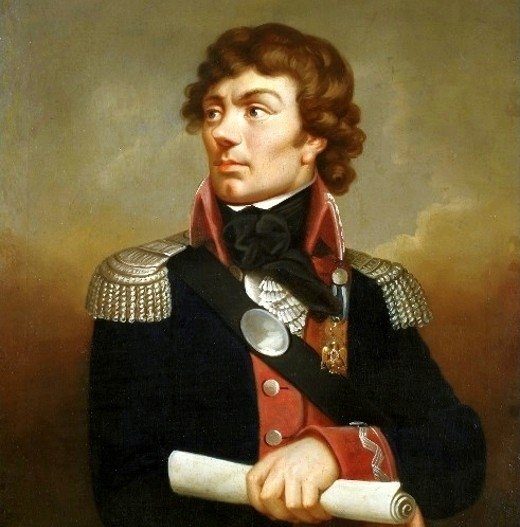 Tadas Kosciuška, or Tadeusz Kosciuszko, is a national hero for many nations: Lithuanians, Poles, Belarusians and Americans. His name even braces the highest peak in Australia.

Coming from a land-owning family in the Grand Duchy of Lithuania, Kosciuszko fought in the American War of Independence and, after returning to Europe, led an uprising in Poland-Lithuania against the Russian Empire. The Kosciuszko uprising failed, precipitating the dissolution of the Polish-Lithuanian Commonwealth and making this last son of the lost republic the ultimate romantic hero.

The Top 10 most popular Lithuanian dishes in the world

Lithuanian cuisine offers a wide variety of dishes to match everyone's tastes - although most are...