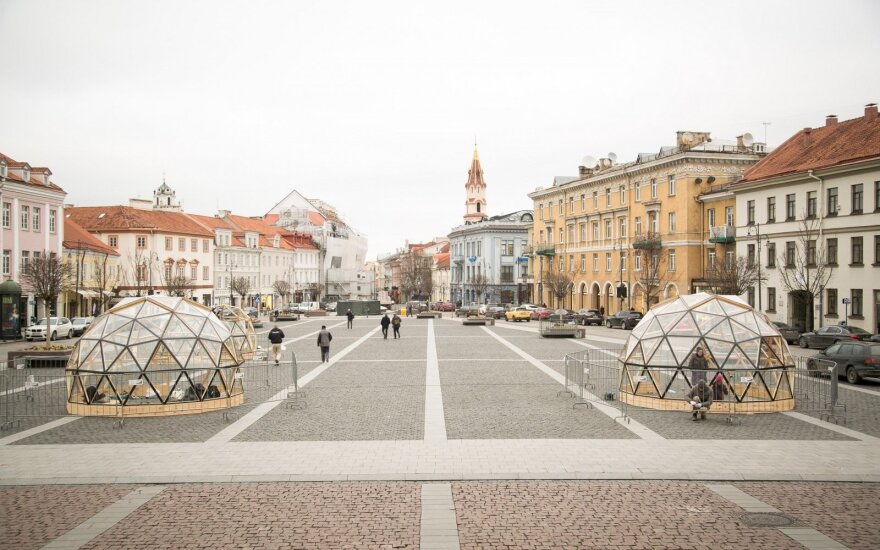 The event will be held at 4PM at City Hall Square. Another Christmas town will begin operating next to the Christmas tree. Traditionally representatives from various countries across the world will gather to greet the Christmas tree in their languages. A festive holiday concert will be gifted to everyone by Neringa and Tele Bim-Bam, a municipal press release states.

The Vilnius City Hall Square will feature the traditional International Christmas Charity Bazaar from noon to 6PM on Saturday. The International Vilnius Women's Association which unites women in the Lithuanian and foreign diplomatic corps, business and public organisations is organising the bazaar for the 15th time now.

30 representatives from diplomatic representations and 5 from international schools will unite for good deeds during the bazaar, presenting Vilnius residents and city guests their countries' unique Christmas traditions and various self-made handicrafts.

The City Hall will feature entertainment for both adults and children. The little ones will be able to meet Santa Claus from Lapland. Meanwhile City Hall Square will, as every year, feature a food bazaar which will tempt with various scents, with Czech, Georgian, German, Indian, Irish, Japanese, Russian and Ukrainian representatives offering to try their countries' traditional foods. The funds gathered during the International Christmas Bazaar will be dedicated to those met with misfortune.

This year the vendors of the Christmas town will be located in specially built glass cupolas.

"Work has begun in forming and setting up the unique space. This Christmas town format is being formed for probably the first time – there will be a total of ten glass cupolas which will feature vendors," Kalėdos Sostinėje project head Paulius Jurgutis spoke last week about the Christmas preparations.

The main city Christmas tree will be lit in Cathedral Square on Friday at 7PM. A Christmas town will also be established next to it.

Christmas Tree to be lit in Cathedral Square in Vilnius

A Christmas Tree will be lit in the Cathedral Square in Vilnius on Friday, kicking off a series of...

The 15th annual International Christmas Charity Bazaar will take place on 2 December in the Vilnius...

Christmas residence and a “blizzard” of holiday events invite to Rokiškis

Rokiškis in Northern Lithuania is known for its cheese and theatre festivals. From now on Rokiškis...

Lithuanian President Dalia Grybauskaitė will on Wednesday light up a Christmas tree at the...