BNS
aA
Basketball players Domantas Sabonis and Tautvydas Sabonis, the sons of Arvydas Sabonis, Lithuania's basketball legend who now serves as president of the Lithuanian Basketball Federation, or LKF, are on this year's military conscription lists published on Wednesday, the federation confirmed. 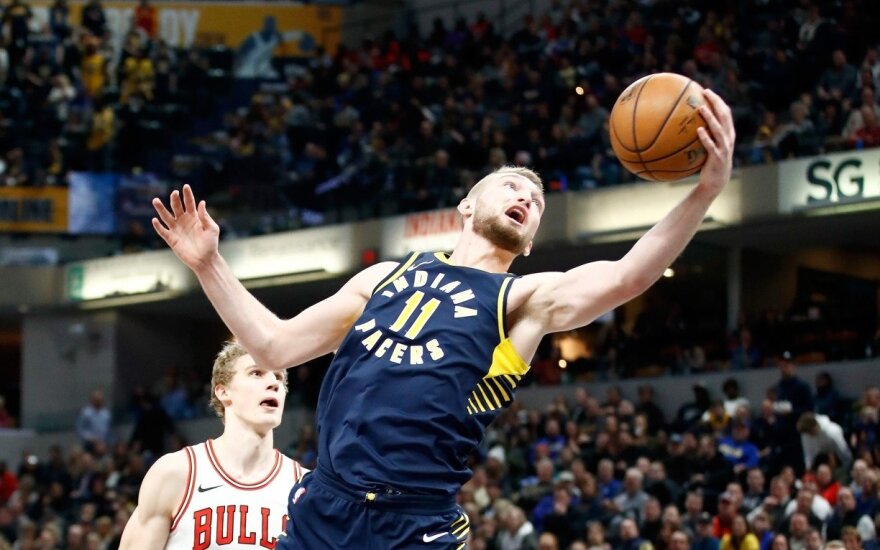 "I can confirm that the two sons of LKF President Sabonis, Domantas and Tautvydas, are on the lists of draftees," LKF spokesman Vaidotas Zajarskas told BNS.

However, the Sabonis brothers are unlikely to be actually called up, because the law allows deferring military service for individuals who have an extraordinary talent and achievements in science, arts, sports or other fields and promote the name of Lithuania in the world.

Domantas, 21, plays for the NBA's Indiana Pacers and Tautvydas, 25, plays for TAU Castello, a team of the second basketball division of the Spanish basketball league.

Tautvydas, on military draft lists for the third time, this year is at number 5,026 on the Kaunas regional list and his brother Domantas is at 3,715 on the same list.

Arnas Butkevičius, another basketball player who has recently joined Lietuvos Rytas Vilnius, is at number 3,572 on this year's Klaipeda regional list, the 15min.lt news website reported.

Almost 3,900 conscripts will be called up for mandatory military service in various units of the Lithuanian Armed Forces this year, some 300 more than last year.

Executive Committee of the Lithuanian Basketball Federation elected Dainius Adomaitis as the new...

Lidl's advertising campaign in Lithuania has not prevented Arvydas Sabonis, president of the...