(2)
DELFI EN
aA
“Captain Marvel” (2019) – Marvel Studio’s first superhero film with a female protagonist in the lead has been announced as the second-highest-grossing film of 2019. The film not only received appreciation but also managed to be the first female-led superhero film to cross the billion-dollar mark. Such trivia as these are enough to tell us how popular the superhero genre is among its audience worldwide. 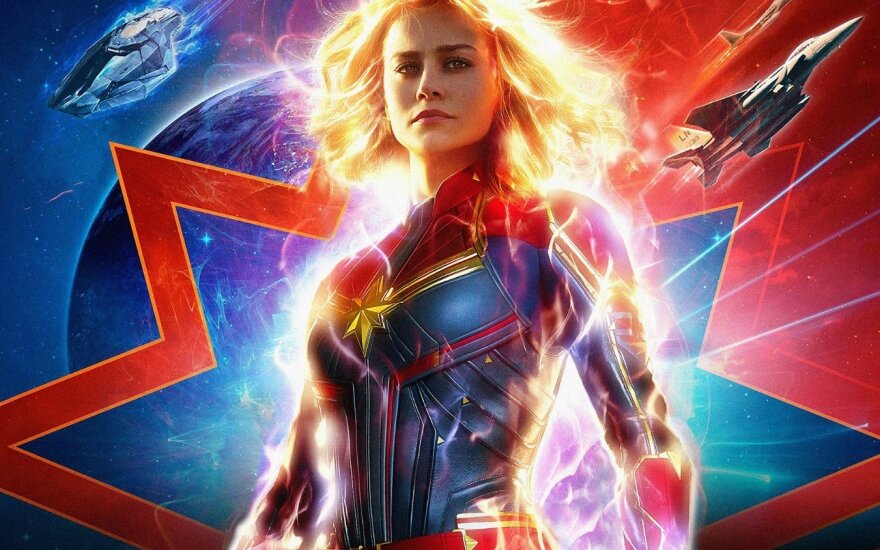 The history of superhero comics reveals that superhero characters are not new. What certainly is new and hence deserves our attention is the use of female ‘superheroes’ in a genre that has long been dominated by men and their machismo. Hence the ‘craze’ around female superheroes encourages many to believe that the era of gender equity has finally arrived. Women, today, no longer like to be represented as helpless damsels in distress who wait to be rescued by princes. Instead, they have found their role-models in sleek, strong, independent female superheroes who along with their enviable expertise in high-tech warfare also possess scathing intelligence – a quality that has historically been denied to women. The penchant for strong women characters is so much in vogue that even our meek Snow White popularized by Grimm brothers has undergone a phenomenal transformation on both print and celluloid: An example of which is seen in “Snow White and the Huntsman” (2012).

The historical trajectory of women superheroes takes us back to the time of World War II when William Marston, an eminent American psychologist, created the character of Wonder Woman. The character which is believed to have drawn inspiration from early feminist thoughts, especially from the ideas and work of Margaret Sanger, first appeared in All Star Comics (Modern day DC Comics) in October 1941. According to Marston, women were more honest than men. He wrote, “Wonder Woman is psychological propaganda for the new type of woman who should, I believe, rule the world.” One may question his opinion, but what sets Wonder Woman apart from her male counterparts is her tendency to use wisdom and compassion rather than violence as a means to defeat her enemies. We may recall in this context how she outsmarted her enemy Cheetah when she said, “You’re a born dancer — your dancing could attract millions of admirers! Oh, Cheetah, why don’t you dance and make people love you?” Cheetah was convinced and agreed to be sent to the Transformation Island – a place for reforming tough super villains. Wonder Woman’s success and popularity did not remain confined within the pages of comic books but also spread to other media such as television and films and she still continues to be one of the most sought-after female superheroes of our time.

Another example of a successful female superhero is Carol Danvers (“Marvel Super Heroes” #13, March 1968) who emerged as Ms Marvel with superhuman abilities in “Ms Marvel”#1 published by Marvel Comics in 1977. In her three decade long on-going journey through popular culture, she is also known as Binary, Warbird, and Captain Marvel. Though criticism has been lashed questioning the character’s ability to project herself as the role model for female readers/viewers, yet Ms Marvel penned by Gerry Conway was imagined to be the one whose quest for identity would reflect modern woman’s quest for raised consciousness and self-liberation. In fact, the very use of the honorific “Ms.” underscores the political agenda of proclaiming a distinct identity of a woman who is not merely to be known by her marital status. The character’s emergence as an empowered woman (in the form of a female superhero) does not appear to be a random coincidence if we remember how the Second Wave of Feminist Movement influenced American society in the 70s. The need for a new female superhero at a crucial time in the history of women’s emancipation was undeniable.

Another popular female icon who is not exactly described as a ‘superhero’ is Buffy-the vampire slayer. Chosen by the fate to fight against evil forces, Buffy Summers is a ‘reluctant hero’ who although wishes to live a normal life, yet never retreats from her destiny of battling the devil. What is interesting is that Buffy is tough and warm; human and superhuman at the same time. According to her creator Joss Whedon, Buffy is “a good role model for not just girls but for everybody, because she has to use her wits and her physical strength to win. Yet she still has to get high marks in all her courses at school.” This fascinating juxtaposition of the mundane and the mysterious makes these female icons and superheroes relatable to their audience. While their vulnerability makes them ‘human’, their awe-inspiring ability to slay demons and launch inter-galactic battles turn them to super-human role models who are believed to have reversed stereotypical gender roles.

However, have they really done so? Many critics are of the opinion that female superheroes are rather used to reinforce norms of patriarchy. Despite the message of empowered womanhood that these characters seem to convey, they eventually end up being providers of libidinal pleasure for their heterosexual male viewers. Such criticism is difficult to be ignored since what becomes most visible in the characterization of female superheroes is their undeniable sex appeal. Voluptuousness, rather than incredible power, seems to be, in marketing terms, the unique selling point of these characters. Moreover, female superheroes/action heroines are used in many narratives merely as sidekicks. They are portrayed as love interests of the male protagonists; they act but do not take the plot forward. There are exceptions, though. Movies like “The Hunger Games” (2012) or “Mad Max: Fury Road” (2015) offer opportunities to think otherwise. However, from a critical perspective, female superheroes and action heroines aptly portray what is known as post-feminist ambivalence. Though they are shown as independent, strong, self-reliant characters, yet they are also surreptitiously made to strengthen patriarchal standards. On one hand, they are portrayed as advocates of the values of free, empowered, modern women; on the other, they conform to hegemonic beauty ideals. Similarly, they exude sensuousness and at the same time distance themselves from what is condescendingly called ‘feminine’. Their toned physique with a hint of masculinity underscores the traditional patriarchal belief that the female body is incapable of accomplishing any heroic task.

Nonetheless, admirers of this genre defend their female superheroes by referring to the immensity of the impact that these characters have on young people. Researches in this area concluded that female superheroes and action heroines are mostly viewed as metaphors. They symbolize average, ordinary women’s ability to challenge the patriarchal order. Sherrie Inness in her book Tough Girls: Women Warriors and Wonder Women in Popular Culture (1999) writes, “In a culture where women are often considered the ‘natural’ victims of men, tough women rewrite the script. Time after time, they are shown defeating the men who attack them – an alluring fantasy in a society where women are too commonly raped, assaulted, and murdered”.

Female superheroes are certainly an inspiration, but they are also accused of betraying the very cause of women’s empowerment. Interestingly, their significance is enormous as they make the image of ‘strong’ women visible in an otherwise masculine popular culture. Yet, one may ask, ‘Does women’s empowerment mean taking up men’s roles/positions only?’ In a post-feminist milieu, the nuances of the word ‘empowerment’ are often decoded very loosely. It is time we shatter the media myth and analyze the issue of women’s empowerment in the context of our everyday life.

Lithuania fell to number 23 among the EU's 28 member states in the latest ranking by the European...