DELFI EN
aA
The game Bad News, at first launched in Lithuania, is now being introduced in Latvia and Estonia, and becoming even more relevant and interesting to the public, because of the increasing amount of unconfirmed news that are circulating in the media space. The topics are usually very sensitive – vaccinations, coronavirus, news about Belarus, etc. It is sometimes difficult for the young, not to mention the elderly, not to get lost in the flow of information. 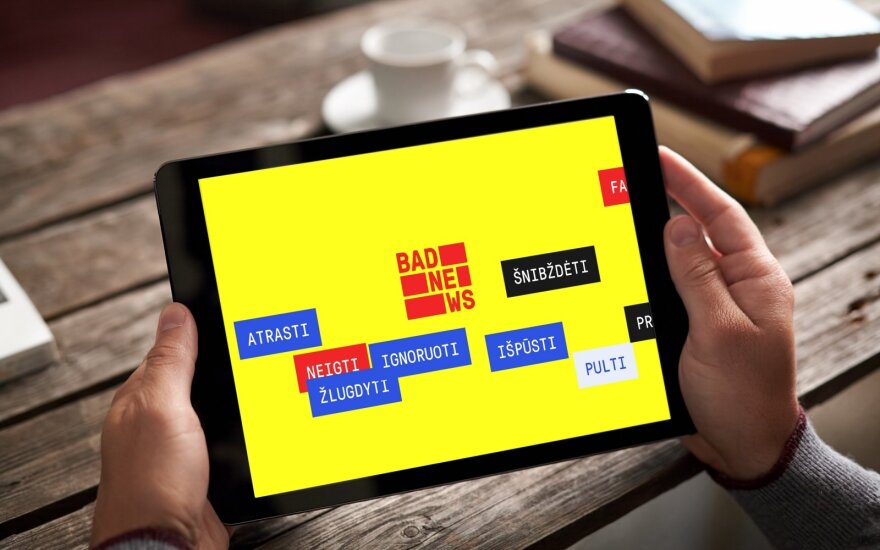 Why is fake news dangerous?

The game Bad News is now launched across the Baltic states by the initiative Debunk EU, which brings representatives of the media, society and the state together to battle against propaganda and fake news. The need for this initiative came about naturally, due to the growing attention being paid to fake news.

An analyst from Debunk EU Algirdas Kazlauskas says that not every lie is easy to spot: “We are all aware that lies are dangerous. I am not referring to the socially accepted white lies which we all use sometimes – but the lies that seek to mislead people and allow the liars to achieve their political or commercial goals. Fake news is an English term that has a very specific political connotation, so our experts suggest using the term disinformation.”

Related articles
Debunk EU: 70% of the information analysed about the NATO exercise was misleading
Debunk EU: Latvia had the widest spread of COVID-19 related disinformation in May

According to the analyst, the biggest part of misleading information comes out of Russia – efforts of the Kremlin were apparent in the most recent events: “The most accurate and, I think, the best-known example of disinformation is Russia’s seizure and annexation of Ukrainian territory in the Crimean Peninsula. The Kremlin’s disinformation channels brainwashed some Ukrainian citizens and created an alternative reality, to the point when people had revolted against their own country and did not resist the military aggression from a neighbouring state. In other words, the targeted disinformation was spread very cleverly and furiously by the pro-Kremlin media, that it even persuaded neighbours living in the same house to tear each other apart. In my opinion, this is one of the most dangerous weapons that Moscow has at their disposal.”

Everyone can try out the Bad News game

Unfortunately, according to A. Kazlauskas, this theory is not very popular in the Western world. The current methods which are more widely used to combat disinformation include public lectures, television shows and articles with information on how to identify types of misinformation, as well as describing the goals and targets of disinformation. 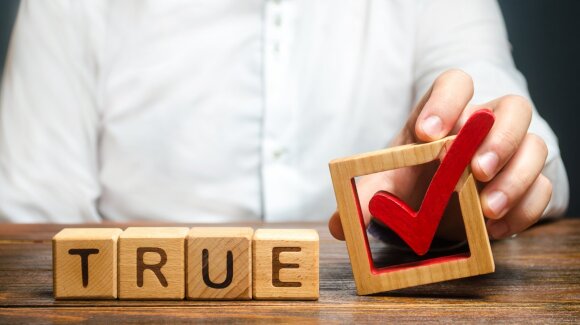 “The problem is that such information is only useful for those who are actively seeking knowledge about the effects of disinformation. The majority of the population finds this information neither interesting nor valuable.”

According to the expert, there was a clear need for a different approach to increase media literacy and expand public knowledge about disinformation.

“The Bad News game is an alternative way to reach a larger share of people who are less interested in the effects of disinformation. In general, the game format is universally recognised as one of the most effective ways of absorbing information. This game features 6 disinformation techniques that are widely used in the real world, which have been simplified to match the game level. Those include personification, emotion, polarisation, conspiracy theory, discreditation and trolling.”

In the Bad News game, the participant becomas a “troll: who aims to spread disinformation on Twitter, where the narrator of the game teaches him, step by step, how to deceive people. At first, the disinformation is subtle, but later in the game the bar is raised, and the plot becomes less and less realistic.

Selection of propaganda cases for the game

Propaganda tries to reach and affect us every day. Analyst A. Kazlauskas told us how one of many propaganda cases was selected and adapted for use in Bad News: “Last autumn, I was scrolling through my Facebook newsfeed, and I saw on Alfa.lt news that Gitanas Nausėda had invited the United States to bring a nuclear weapon to Lithuania and create a base of 500 soldiers. This caught my attention, and my initial reaction was ‘oh, that’s great’. But after a split second, I realised it sounded too good to be true. I started looking for more information on this news item. Only a moment later, Vaidas Saldžiūnas, Delfi.lt correspondent on defence topics, wrote that he was also looking for more information about this topic.”

Later A. Kazlauskas explained how the situation actually unfolded: “In reality, the KasVykstaKaune website had been hacked. Someone then published a message about G. Nausėda’s alleged offer, and that Secretary of State Mike Pompeo was pleased with the agreement on a new American military base in Lithuania containing nuclear weapons. Then, half an hour later, someone spoofed the V. Saldžiūnas email and sent a letter to the Office of the Presidency, asking for an explanation about what was going on.” You can read more about the whole situation HERE.

Spoofing is a technique where it seems you have received an email from a person, even though they haven’t really sent you anything. Experts say this type of counterfeiting is not complicated. All you need to know is a person’s e-mail address to send them any messages you want.

At that time, Turkey had just begun to become actively involved in the conflict in Syria, and America was trying to prevent this from happening. Therefore, the message contained information that the United States was transferring its nuclear weapons from Turkey to Lithuania. According to Debunk EU analyst, the timing for this particular attempt to spread disinformation was perfect: “This was a clever idea because, in the eyes of Turkey, it seemed as though the NATO partners America and Lithuania had plotted against them. Of course, this belief also benefited the Kremlin. 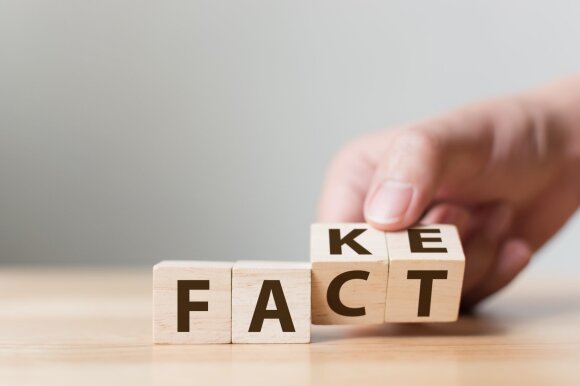 We initially used this message in the game, but then decided that it needed an even more outrageous lie. Thus, we decided to announce that Nausėda had partnered with the Russians. Some may still remember the time when the United States and Russia pressed the reset button in 2009. Since our own president is new, we can’t rule out the possibility that he won’t be tempted to reset our relations with Moscow. After all, the Western European leaders are constantly talking about the ‘inevitable need’ to reset their relations with Putin”.

According to A. Kazlauskas, this a very clear example, because such a message has some credibility in people’s minds, and this is exactly what the other side strives for: to create an impression of reliability, even though the message is audacious.”

This is everything that we can reveal so far. All that’s left to do is to try out the Bad News game for yourself: http://getbadnews.delfi.lt/. The game Bad News can be tried by people of Lithuania, Latvia and Estonia.

Debunk EU: Latvia had the widest spread of COVID-19 related disinformation in May

The Debunk EU analysis of COVID-19 related disinformation in three Baltic countries in May...