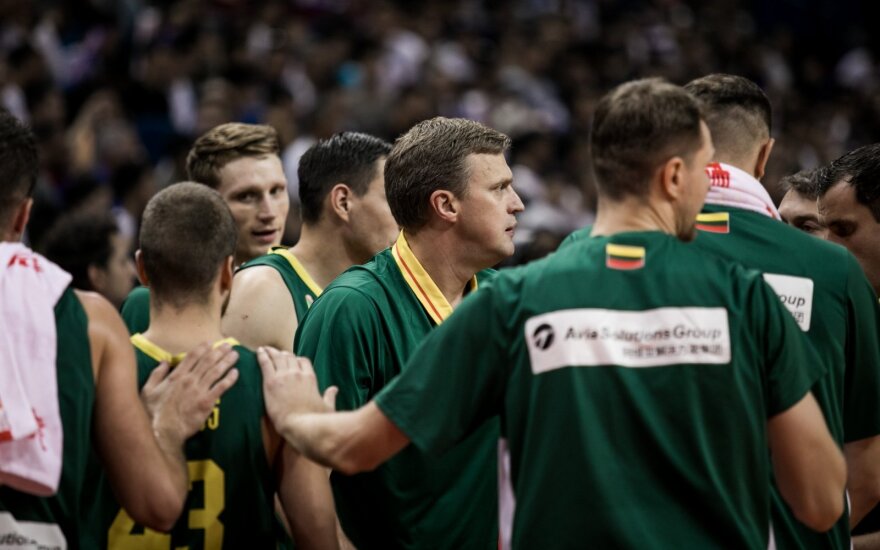 Skvernelis told the Delfi Demesio Centre program that even Lithuanian fans' unrepeatable chant during the Monday game with the Dominican Republic, which determined nothing, was "ambiguous" but emotional.

"Even that chant which sounded was fairly ambiguous. But an emotion was expressed in fact, and it probably was also in Adomaitis' statement. Somebody had to say this one day and it was done by ou brave coach," Skvernelis said.

He also criticized the FIBA.

"When key referees at the world championship do not do their job, one can hardly expect any quality. We really have hard feelings," the Lithuanian prime minister said.

France ousted Lithuania out of the world tournament over the weekend with a three-point lead. FIBA later admitted that FIBA admitted that the referees of France – Lithuania game made a mistake by not calling goaltending on Rudy Gobert who tried to push the ball off the rim after Jonas Valanciunas free-throw.

The three referees were subsequently banned the rest of the FIBA World Cup games.

Everybody agrees that basketball is the second religion in Lithuania. But it is not just basketball...